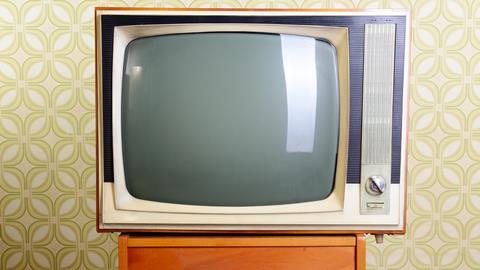 Back to the future: The first IBC technical papers

Dr Nick Lodge looks back on the advances in technology technical papers and changes to the industry over the past 50 years.

When it began 50 years ago, IBC was solely a technical convention.

Just like today’s event it was composed of both an exhibition and a conference and it took place over the three days of 20-22 September 1967 at London’s Royal Lancaster Hotel. It was organised by the Royal Television Society and the Electronic Engineering Association (a broadcast industry trade body which disappeared in the 1990s).

The conference was overseen by an international committee of broadcasting engineers having both professional and academic interests, and it set high standards for the novelty and quality of the papers which would be presented. In fact 40 technical papers were presented to around 550 delegates from 24 countries.

The accompanying exhibition was also great success with 30 stands displaying broadcast products from across the world – and just like today, large exhibits were positioned in the open air outside the convention centre.

Read more From Plumbicon cameras to 8K displays: 50 years of innovation at IBC

Sadly, no official conference proceedings were published from IBC1967 but the programme of papers does give us a fascinating glimpse of the technical advances which were under development at the time.

“There was no greater innovation than television’s transition to colour”

It should be remembered that in the UK there had never been a regular technical broadcasting conference prior to 1967 and its founding at that time was very much a reaction to the ambitious innovations emerging from the industry.

And, there was no greater innovation than television’s transition to colour.

This had radical implications throughout the production and delivery chain and was the driver for whole ranges of new products, processes, standards and novel research ideas.

It had been only three months before IBC, on 1 July 1967, that the BBC had launched Europe’s first colour television service on its recent second channel, BBC2, and this was quickly followed by colour services in many other European countries.

All the conference delegates would have been busy considering technical and economic plans for upgrading their own broadcast installations.

The handling of colour signals was, of course, strongly reflected in the papers presented in 1967, with some 70% dealing, implicitly or explicitly with PAL.

The BBC, together with BREMA (the British Radio Equipment Manufacturers’ Association) also demonstrated an ambitious touring exhibition which was to be part of their campaign to promote colour television.

Under the banner ‘Colour Television Comes to Town’, the object was to travel the UK showing colour television of the highest quality to the public via a collection of different domestic receivers.

Fifty years on and we might now call our industry the ‘media industry’, but there are strong parallels with today. UHDTV is perhaps at the same stage of maturity in 2017 that PAL was in 1967; receivers are available, services have begun (but are by no means, universal), and even in these learned proceedings, we are still publishing research papers about colour and brightness contrast, although we might now call them wide colour gamut and high dynamic range.

But in 2017, UHDTV is far from the only new technology.

As we can see in the conference programme: 360-degree immersive media are attracting huge interest; artificial intelligence is now a practical tool; cyber security is addressed with critical urgency; compression methods continue to work their economic magic on storage and delivery; object-based media offer new levels of flexibility; and 5G and DASH present exciting new ways to deliver media.

There can be no doubt that even by 21st century standards, we are currently experiencing another technology boom.

An important topic in broadcasting in 1967 was exploitation of the UHF spectrum which had been in use for monochrome television for a few years.

Another popular interest for paper presenters was the design of new broadcast installations. Some examples are: The Design and Construction of TV OB Vehicles (ABC TV Ltd); The Development and Operation of a Complete Wired TV System (Rediffusion, Hong Kong); A Master Control and Presentation Suite for a Commercial TV Station (Anglia TV); Television Presentation Suite and its Practical Experience (Austrian Broadcasting Corp); and Planning a TV Installation in a Developing Society (Radio & TV, Singapore).

Over 50 years the conference has grown and diversified and the technology has advanced beyond recognition but at its heart is still the same emphasis on technology, where papers on the very latest concepts from the media technology research labs are presented and discussed.

We still have a team of acknowledged experts who select and peer-review all the candidate papers, we still publish our presented papers in these formal proceedings and in the citable academic literature, and we still have strong competition among authors to deliver a paper at IBC.