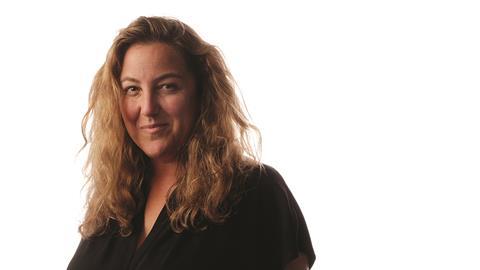 Anna Winger: Deutschland 83 proves world-class series can be made in Germany

The writer behind one of the biggest dramas of 2016 believes the success of the programme marks the beginning of something big for German TV.

Writer Anna Winger and her producer husband Jörg Winger moved from the US to Germany 15 years ago. With Jörg riding on the success of producing SOKO Leipzig, one of Germany’s most successful crime dramas, the couple decided to break the mould of German television and develop a series based on a young East German spy’s experience in Cold War West Germany.

The result, Deutschland 83, was universally praised as one of the great pieces of serial drama of 2016.

Winger had worked in advertising for more than a decade before Deutschland 83. She was also a journalist, contributing to The New York Times Magazine and Condé Nast Traveler, and creator of the NPR Worldwide series Berlin Stories. In 2008, she published her first novel, This Must Be The Place.

“Making Deutschland 83 brought together everything I had done in the past. I feel like the longform storytelling of serial television is similar to planning a novel. It’s a story in chapters, but also there was also the element of visual storytelling, and that part came out of my advertising background.”

For Winger, Deutschland 83’s vision of the Cold War and the totalitarian reach of the East German police state was much more than just an exercise in costume drama. 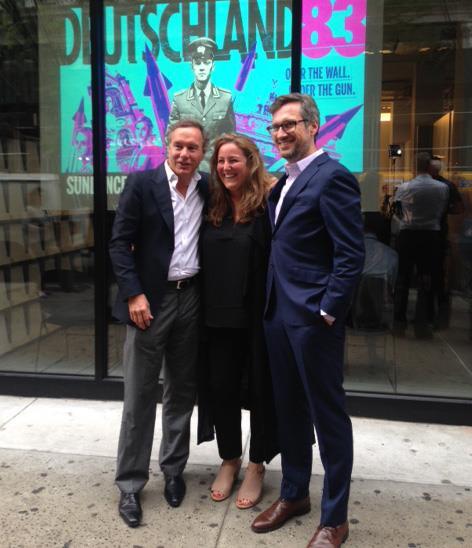 “I’m most interested in history as a metaphor for present day concerns. We deliberately played with how things that had happened then resonated with things that are happening now. That was more interesting to me than just making a biopic or a direct representation of what Germany was like in the 80’s. The goal was always to make it heightened, to make it metaphorical and like a real adventure show, which I think was atypical of German TV.

“Part of the challenge has been that you don’t have writer-producers [in Germany], Winger states. “There isn’t that creator-driven, writer-driven model yet, and there hasn’t been a tradition of writers rooms or serial storytelling. To sustain a story over time, over several seasons, requires a certain way of thinking about story that’s different from how German TV is traditionally done.

“I was really inspired by Scandinavian TV. Watching Borgen was like watching a novel. I thought, if they can make that in Denmark, we can make that here in Germany. A lightbulb went on.”

“To sustain a story over time, over several seasons, requires a certain way of thinking about story that’s different from how German TV is traditionally done.”

With Deutschland 83 as a proof of concept, will Germany now throw its hat into the ring of scripted TV for an international audience?

“There is a sense of ‘This is possible here. We can make world-class series here.’ And I’m proud that a lot of the people who worked on Deutschland 83 are now making some of the more interesting things being done here at the moment. I feel like that’s a sign of something beginning.” 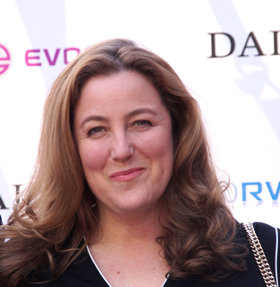 Anna Winger is a novelist and creator of Deutschland83. She is American-British, was raised in Kenya, Massachusetts and Mexico, and has been living in Berlin, Germany since 2002. Her production company, Studio Airlift, has its headquarters in the former Tempelhof Airport, where she is currently developing a range of new TV projects, including a Berlin-based American family drama and a political farce that takes place in the English countryside. Her novel, This Must Be the Place, is published by Riverhead/Penguin. Her essays have appeared in The New York Times, Conde Nast Traveler, and the Frankfurter Allgemeine Zeitung.