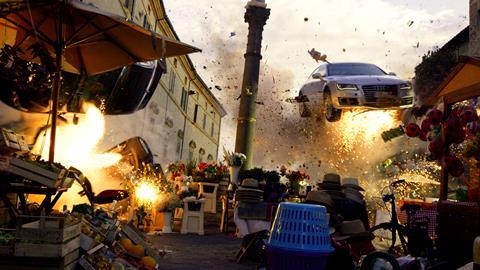 Behind the scenes: 6 Underground 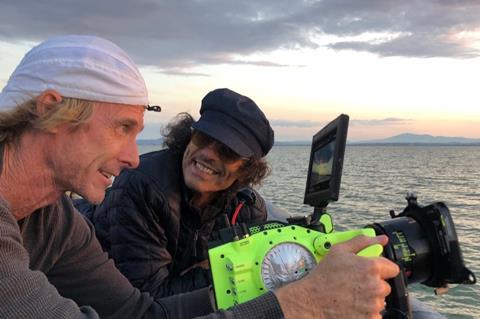 Michael Bay is synonymous with explosive high gloss action and on that score, the movie commissioned by Netflix doesn’t disappoint.

It’s the type of film that only gets made by a director with the clout of someone whose track record – Bad Boys, The Rock, the Transformers franchise – has made billions at the box office.

When Netflix gave Bay a budget of $150 million - reportedly its largest ever for a single project - a script by the writers of Deadpool (Paul Wernick, Rhett Reese) and the star of that mega-hit, Ryan Reynolds, they must have expected the sparks to fly.

“This shows what Hollywood can do when you have the money,” says cinematographer Bojan Bazelli, ASC, “I was like a kid in a candy store!”

The opening 20 minutes of the film is a car chase. Bay was to have staged it in London but after shooting one there for Transformers: The Last Knight he scouted for somewhere different.

“Why not go to the oldest cities in the world and go crazy?” Bazelli says of the conversation he had with the director. Bay chose Italy. “It’s the kind of idea that only happens because of Michael Bay’s personality.” 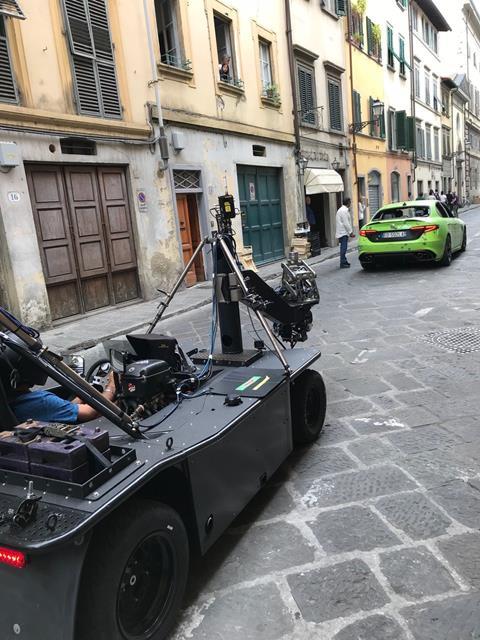 One part of this extended opening sequence – during which the audience is introduced to the film’s six billionaire vigilante protagonists (a kind of capitalist Mission Impossible crew) involves a stunt in which two cars race up a tight street in Siena and are flipped simultaneously in the air flying parallel to each other either side of an ancient column.

“It’s unbelievable that anyone would even attempt the idea,” Bazelli marvels. “The margin for error or any slight miscalculation and you can clip this 2500-year old obelisk. Maybe even destroy it.”

The car chase is notionally set in Florence but is in fact edited from a collage of sequences shot for their photogenic qualities in Florence, Sienna, Rome and Tarento.

No visual effects here; Bay’s signature is to film as much as possible practically. The production’s logistical efforts involved getting permission to shut off dozens of streets. “We’re talking really fast-moving cars making tyre marks on ancient roads,” the cinematographer says. “There was an army of cleaners with pressure washers to clean up afterwards.”

“Disorganised organisation”
Bazelli shot The Lone Ranger for Gore Verbinski in which the production built a steam train and large sections of track in the Colorado desert. He appears thrilled by this “old school” type of filmmaking.

“It’s an orthodox method and something I’d much rather create with than shooting everything against blue screen.”

This extended to staging as many scenes as they could in the magic hour at dusk when the sun’s light is at its most golden. That’s a luxury few filmmakers can afford.

“Every scene is shot at sunset into the night so we had to be prepared. You have to get so much footage in a really compressed time with so much logistics to take care of.” 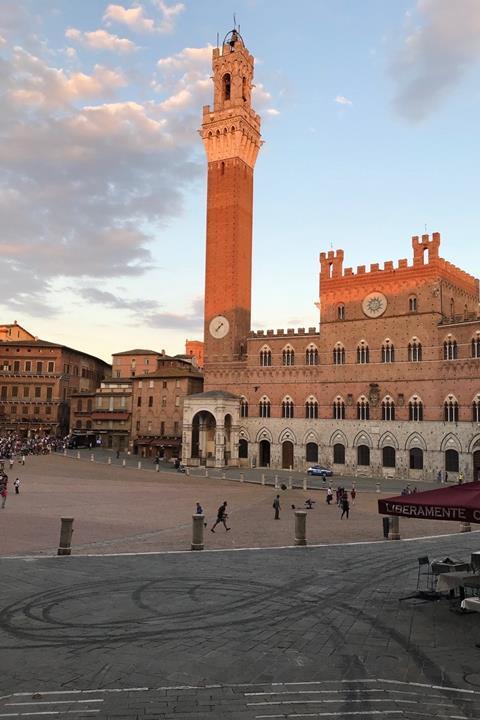 That meant wringing as many angles out of each set-up as possible. “The only way I can describe it is disorganised organisation,” he says.

, two Sony Venice for shooting interiors of the vehicles, a Red Raven on a drone, further aerials from a helicam and a ARRI IIC 35mm camera owned and operated by Bazelli who favoured the hand-cranked style for certain sequences. He estimates about 10% of the film is footage shot on 35mm.

For the driving stunts the cameras would be variously be mounted on a Russian arm, onboard a lead car, inside and on the bonnet or back of the main lime green Alpha Romeo in various setups. Models of an Alpha Romeo with just its front half, just the back half and with the entire bottom half cut away were deployed for filming.

“My goal in working with Michael was to give him his trademark look in terms of composition and colour but to add something I am comfortable with too,” Bazelli says. “I wanted to make the female actors heroic, larger than life, like a Hollywood diva. For the look of the scenes in Italy, we were trying to enhance that romantic feeling of being in an ancient European city. In the look design, we kept a special part of the channel for the neon green of the Alpha Romeo and this colour bleeds into some of the other imagery. Overall, though, the intent was not to be too chromatic.”

Shooting global
The film also travels to the UAE and to Hong Kong, although the latter’s skyscraper apartment was entirely shot at Cinecittà Studios and on a massive set constructed outside Rome on the site, abandoned in 2005, of a stunning concrete complex designed by Spanish architect Santiago Calatrava.

“The apartment was built in amazing detail,” Bazelli says. “You could have moved into it. Even the refrigerators worked.”

Another scene was shot on board the Kismet, a $70m superyacht featuring a ‘decadent interior’ by Reymond Langton Design, hired for a week from billionaire tycoon Shadid Khan.

“It had teak floors which we had to protect in case they burned down,” Bazelli explains. “We were filming this huge shoot-out.”

The production also built a replica, half of Kismet’s width, at Cinecittà. 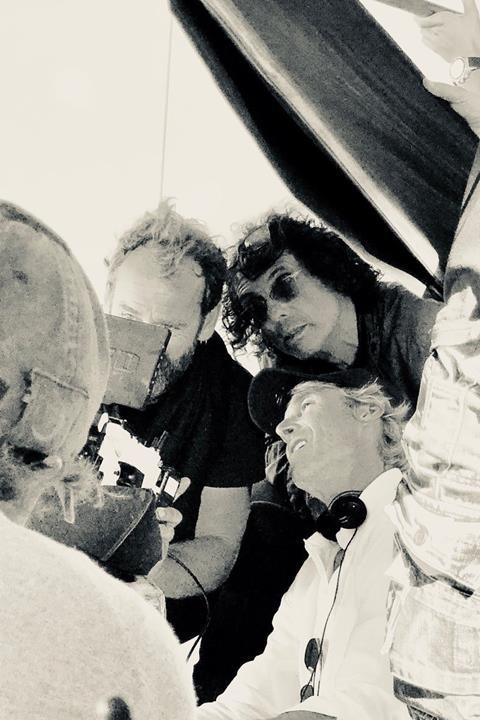 Bazelli: “It’s every cinematographer’s dream in their career to shoot one movie in black and white, another at magic hour and also a crazy action film.”

“Michael doesn’t mind if a light fixture makes it into a frame - he takes care of it in post,” Bazelli says. “Even lighting continuity doesn’t have to be matched. If the shot looks good his belief is that no one will question what happens before and after. So sometimes we’ll have a tremendous shot in daytime, cut to a reverse angle shot at night time and when you freeze-frame it and look super close perhaps it doesn’t really match well but the sequence is so exhilarating it works.”

Most productions of any scale shooting digital will have a DIT on location and access to a local lab for turning around dailies. Not 6 Underground. In this case, the lab remained in LA and instead of jetting drives containing footage on a plane, they set up a fibre optic link with a download and upload station at each end.

“In Italy, things never go as planned,” Bazelli says wryly. “Sometimes the link was slow or not available at all.”

Born and raised in Montenegro, Bazelli attended film school in Prague and so impressed director Abel Ferrara with one of his student films that he was invited to shoot Ferrara’s China Girl in 1987 then King of New York (1990) starring Christopher Walken.

He has since worked for directors including Doug Liman and Dominic Sena.

“It’s every cinematographer’s dream in their career to shoot one movie in black and white, another at magic hour and also a crazy action film,” Bazelli says, ticking off two of the three in 6 Underground.