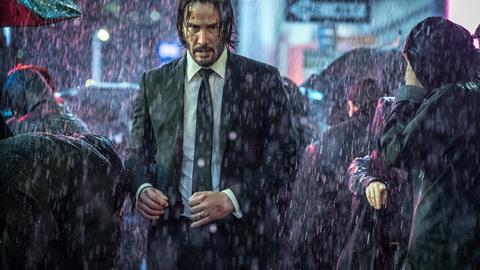 Behind the scenes: John Wick 3 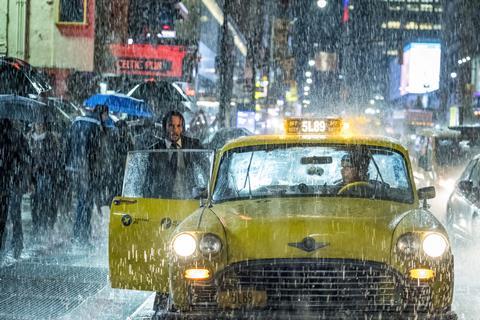 New York has been photographed thousands of times before so when the city is the main location for your story how do you make it look different? The answer, for director Chad Stahelski and Dan Laustsen ASC, DFF, was to make it rain.

“I love rain,” Laustsen tells IBC365. “It brings a third dimension to the look of the film.”

“I knew how to work with rain but it’s incredibly complicated trying to do this in New York. We discussed creating atmospheres with smoke and steam but we’re filming in the summertime and the steam would have disappeared too quickly.

“It’s difficult enough anyway in New York when you need to block streets but bringing in lots of cherry pickers, cranes and rain towers and rigs for back lighting was a challenge.”

“I love rain. It brings a third dimension to the look of the film.”

‘Bertolucci’ of action films
John Wick certainly isn’t running out of steam. While the first film in 2014 established a narratively sleek template for eponymous uber-assassin (Reeves) exacting revenge on innumerable bad guys with a cocktail of martial arts and gun fighting, the second ‘chapter’, unusually for this type of movie, managed to improve the high-octane formula. 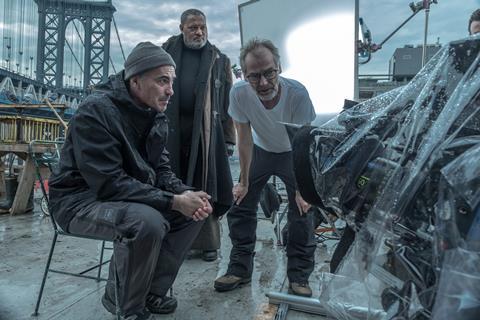 Former stuntman Stahelski (who doubled for Reeves in The Matrix) and cinematographer Jonathan Sela had established how the fights were shot for John Wick but Laustsen added further sheen, painting the action to resemble an artwork.

“Chad told me he wanted to make the Bertolucci of action films,” Laustsen says, referring to the stunning cinematography of Vittorio Storaro in Bernardo Bertolucci classics like The Conformist and The Last Emperor.

The basic camera rules for the series are shoot wide, shoot steady and shoot fast.

“Chad comes from a stunt background, so he really is a master when it comes to knowing how to choreograph action,” Lauststen says. “We want to shoot the sequences as wide as possible, because we want the audience to feel that the actors actually are performing the stunts themselves. I feel very strongly that you should shoot as much as you can in the camera on the day. It’s much better than shooting green screen. It’s much better for the actor’s too.”

He continues, “If you move the camera too much, or you make too many cuts in the edit, it can interfere with the audience’s view of the action. So, we keep the camera fluid or with as minimal movement as possible. It’s powerful. When you have a pretty steady camera and you can see what’s happening.”

It’s not just the action of the actors and stunt team that needs choreographing but the position of the camera operators too.

“The actors have spent months rehearsing before we come on set but once we’re there we have to know what we’re doing. We want to shoot very fast, and change set-ups very quickly because Keanu and the other actors want to keep the momentum of the scene going.”

The other key element for Laustsen is lighting and composition. The signature look for the series is high contrast, high impact colour. 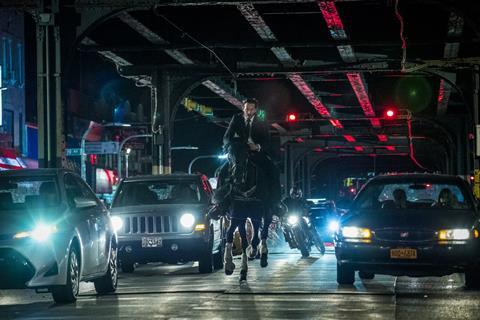 “A whole world of colour”

“We are using LED lights for the most part and this means you have a whole world of colour to choose from. Making the precise choice is hugely important.”

In continuity from John Wick 2, the dominant colour scheme is blue to reflect the central character’s banishment from the high table of the assassin’s union.

“The aim was always to make even more powerful images than in [Wick 2],” he explains. “The blue is more of a greeny-steel blue and contrast this with orange, red and amber incandescent lights. When we change from scene to scene, we tried to find at least one of those colour tones in there.”

In an extended fight sequence in a warehouse, for example, electric incandescent lights give the scene an amber hue while the rain outside the windows is steel blue and allows Laustsen to capture reflections of the rain on the ceiling. 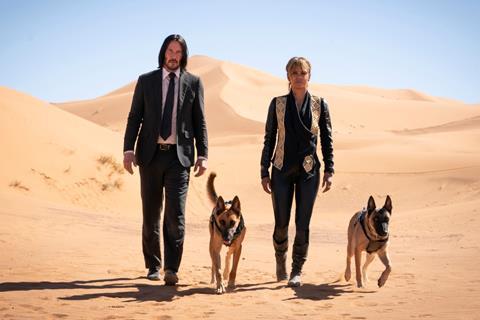 “The desert scene is the only bright daylight scene in the movie, and we wanted that to be a very strong gold as a kind of relief to be free from the dark city scenes,” he says.

“It’s extremely important to me that the colour I film on set isn’t changed in the digital intermediate [postproduction process],” he insists. “Of course, it will change a little, but when everything including costume, makeup, set design, lighting has been designed so carefully for a specific colour palette you don’t want anything to move away from that.”

Laustsen had investigated a larger format Alexa 65 but couldn’t find anamorphic lenses to fit so settled on the ARRI Alexa XT with a pair of Alexa Minis and custom lenses he’d had built for John Wick 2. The set of Master Anamorphics were re-designed by ARRI Rental with a series of internal line filters to provide the bokeh and flaring he was looking for.

“Chad loved the effect, because you got nice flares off the highlights, but the image was still extremely sharp,” he says. “We shot 3.2K ARRI Raw open gate and finished at 2K.”

The only scene set in New York without rain is one involving a motorbike and horse chase under Brooklyn’s iconographic elevated train.

“It would have been too dangerous for the horses to film them galloping in the rain. We had to put rubber mats down on the street for five to six blocks to protect them. Keanu does all the riding in the scene and we’re filming from a trailer.”

On reflection
Another set-piece sequence takes place in room high up in the Continental Hotel where ceiling, floor and interior is made of glass. The cinematography here echoes that of Roger Deakins’ work filming a glass filled room in Skyfall and recalls the house of mirrors shoot out from John Wick 2 (itself a homage to Orson Welles’ climactic scene in The Lady from Shanghai).

Just to make it even more difficult, in John Wick 3 there are giant LED screens playing back vibrant colours inside and outside the glass room.

“Chad wanted this idea from the beginning, and we spent a long time talking about how to achieve it,” Laustsen says. “They built the set about 800 x 400 ft in a studio. It was really complicated to light, so we shot tests and decided on a blue tone for the interiors with the big LED screen on the outside more tuned to red and the screen inside tuned to amber for our contrast colours.

“When you have glass surrounding you 360-degrees you have to be very careful to avoid lights and other equipment being in picture but we had the experience of handling something similar from John Wick 2 and if we had any issue we knew we could erase in post.”

The Continental itself, the hallowed nerve centre of the assassin’s guild, is a composite of various locations including exterior (The Beaver Building in Manhattan), interiors (The Cunard Building in Lower Manhattan) and rooftop (Rockefeller Roof Gardens). 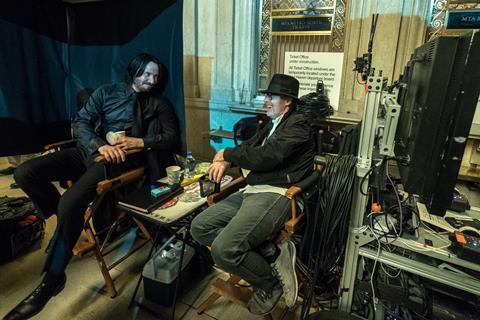 Laustsen on set with Keanu Reeves

At the beginning of a big shoot out in the Hotel lobby, Laustsen made the decision in the film’s story to have all the lights turned off except for an emergency green lighting strip.

“It was really expensive in terms of human resource to install a hundred metres of LED, but I didn’t want to do a shootout that would look just like any other shootout,” he explains.

A section filmed in a Bedouin-style tent in the Moroccan desert proved equally challenging.

“It’s daylight outside but really dark inside the tent. We had to run 800 metres of cable to the lights inside. Even though you don’t see the desert the challenge was to keep the feeling of desert heat outside without letting so much light into the tent that the background burns out.”

Laustsen was educated as a fashion photographer, wanted to work for National Geographic on documentaries and applied to the National Film School Of Denmark on the advice of his sister.

“When I got the acceptance letter from the school it was a big shock. I’d never dreamt about making movies for a second.”

He shot his first feature aged 25 in 1979, Do We Start Off With a Dance? and in 1984 made acclaimed thriller Nightwatch for director Ole Bornedal. When they remade the movie for the American market a few year later Laustsen was criticised in some quarters for creating images that were too beautiful – a sort of style over substance.

“I think that’s just the Danish mentality. After all, nobody would ever say that Lawrence of Arabia or [Bertolucci’s] 1900 were shot too beautifully. But it is a balancing act. For me, it’s important to make the most powerful image as possible if that is what the scene suggests, or to make it softer or grittier as appropriate for another scene. In any case, movie making is not the result of one person. It is very much a collaboration between director, cinematographer, production design and everyone involved from the gaffer to the dailies team. That said, I believe you need a strong plan about what you are going to do and to execute that plan to the best of your ability.” 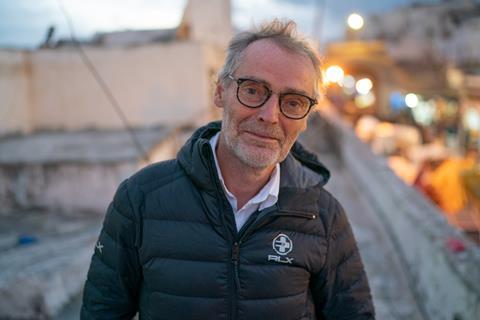 Dan Laustsen: ”it’s important to make the most powerful image as possible”

While making Nightwatch in the US, he met Del Toro who was about to make his US film debut and asked Laustsen to lens it. Mimic, a film about a plague of cockroaches invading Manhattan may not have been a runaway success but the pair have since made Crimson Peak, The Shape of Water and are currently prepping Nightmare Alley, an adaptation of a 1947 noir with Leonardo DiCaprio attached to star.