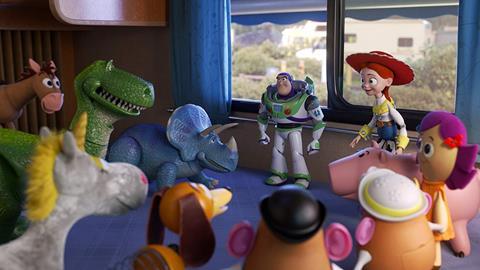 Behind the Scenes: Toy Story 4 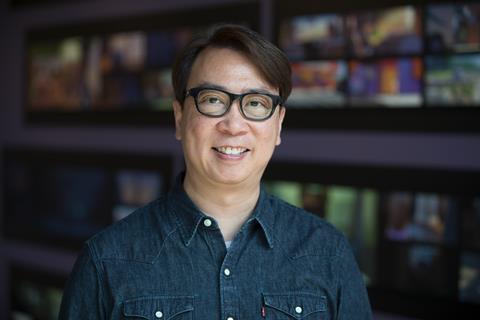 Lights, camera, action! is the classic instruction from the director’s chair and still a pretty stable guide to the process of shooting live action. Computer animation inverts this but in many other respects is remarkably similar to real world shoots.

“The order is ‘Camera, action, light’ since the lighting takes longest - for some frames it takes hundreds of hours to render,” explains Patrick Lin, director of photography on Toy Story 4.

The most obvious difference between animation and live action is that everything is built in a computer but there are increasingly strong links between the two forms of filmmaking, particularly in cinematography. Legendary cinematographer Roger Deakins, for example, was consultant on Pixar’s Wall-E.

“My virtual camera is mathematically true to a physical camera,” Lin explains. “It has f-stop, lens distortion, depth of field and I can mimic camera movement with cranes or dollies as if on a physical set.”

As with live action, the DP has a choice of which lens and what type of camera movement will best fit the story. Pixar modelled virtual lenses on actual lenses for the first time on Inside Out, for which Lin was also DP. That film was also the first time the studio had used a motion-capture camera to film scenes in a feature animation, though it had experimented with this earlier on the short Blue Umbrella, which Lin also lensed.

He says: “All the previous Toy Story films were presented with an aspect ratio of 1.85:1 but for this we thought it would good to give the audience a fresh feel and a more cinematic experience so we decided to switch format to wide screen 2.39:1. In turn, that gave us the opportunity to use anamorphic lenses.

“We studied a range of lenses and honed in on Cooke Anamorphics. We studied their distortion, lens breathing and how the bokeh shifts so we could capture that ‘Cooke look’.”

Lin also deployed Cooke spherical lenses as part of his virtual camera package. “Toy Story 4 is about change; Woody is resistant to change but Bo Peep embraces it, so we use spherical lenses to illustrate Woody’s emotional situation and the depth of field and distortions that the anamorphics offer when Bo is in frame.”

That’s one example of the detailed thinking that lies behind the specific visual language created for the film. 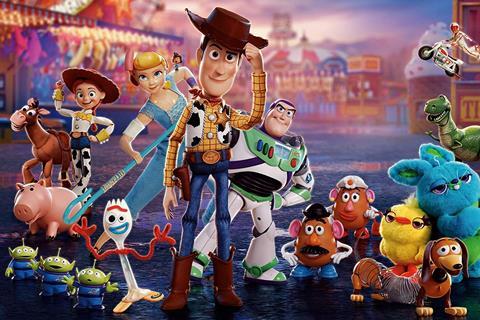 Lin: “Toy Story 4 is about change… we use spherical lenses to illustrate that”

Once a script is greenlit, the editorial team create stacks of storyboards (drawn by storyboard artists) cut together with temp sound and temp dialogue. This reel becomes the shooting script and informs the DP of the story beats they need to hit.

“I worked with ten layout artists on camera and staging,” Lin says. “We are working constantly with the editor to adjust the pace of the scene, blocking the characters, framing and composition. We give characters their first pose and establish the eye lines.”

Location shooting
The film’s co-DP Jean-Claude Kalache is responsible for lighting including colour and shadows as well as supervising the film’s grade and High Dynamic Range.

“We have built-in tracks and cranes within our computer,” says Lin. “When Bo is feeling emotional toward Woody, we want our camera to be more active and looser, so we mimic the use of Steadicam.”

It may sound obvious, but Lin also must keep in mind that he is shooting toys.

“We are filming toys, but we are not toy camera-operators.”

“We are filming toys, but we are not toy camera-operators,” he says. “On a Steadicam, when I push in, I am extending my arm. When we’re tracking the toys, I am walking back with them and taking human steps – ten steps for toys, five steps for human – so the scale feels more realistic.”

Lin referenced Hollywood classic Casablanca for its tracking shots and staging, as well as Kar-wai Wong’s In the Mood For Love. “Since our movie is a love story I liked how [Wong] staged the characters in proximity to each other and the camera progression throughout the film.”

Location scouting is another instance where live action and animation production blur. Lin, Kalache and the film’s set supervisor visited several antique stores local to the studio in San Francisco to prepare a key setting for the story.

“We took a GoPro and walked around to see it from a toy’s point of view,” Lin says. “That’s when we discovered loads of alleyways in between the cabinets and shelves that from a toy’s vantage point are avenues. It’s a cityscape. 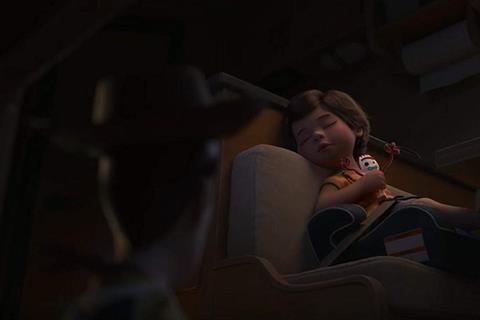 Point of view: From the toy’s perspective

“We also realised that when you move a camera around an antique store it throw’s up really interesting visual patterns but it can also be hard for the eyes to focus. We had to frame the scene in a way that retained the jumble but offered clear storytelling and light it believably so we can direct light into the character’s eyes.”

They also shot footage of a real carnival, both from above and below, to assume the toy’s eye view.

You might expect animation to be precisely storyboarded with no wastage, every frame created making it to the screen. Surprisingly, Lin and director Josh Cooley can give the film’s editor, Axel Geddes, the coverage that you’d expect of live action.

“The camera and staging department will be inspired by the storyboards but won’t always literally put the camera where the boards indicate,” says Geddes. “With a special emphasis on reinforcing the clarity of the storytelling, camera will explore alternative ideas. Maybe a different camera move, maybe a combination of shots to simplify the beat.”

The moment Woody enters the antique mall is five shots in the film, but Geddes was given thirty different versions to play with – variants of camera movement, speeds and ways of Woody walking around.

“With animation, editorial can request new versions of a shot, or other ways of making a scene work in order to give it the right emotional impact. It’s a really collaborative way of working.”

“If a scene is forty frames, we don’t just do forty frames and give that to the editor - we cover it like a live action scene,” Lin explains. “First, we block our characters, then we shoot that with master shots and close ups and ensure we hit on all the story beats. We deliver that to editorial so they can find the pacing. If it makes sense for a character to turn three frames earlier to hook up better with the next shot, we tweak it. It’s a constant back and forth.”

Geddes says: “I will get tons of coverage. For the scene in which Woody meets Gabby Gabby it was a 4-1 shooting ratio. The thing in live action is that you are locked, and you work with what you have. But with animation, editorial can request new versions of a shot, or other ways of making a scene work in order to give it the right emotional impact. It’s a really collaborative way of working.”

VR innovation
Lin took a degree in live-action filmmaking at the California College of Arts. His first job in the industry was as a camera and lighting assistant for the stop-motion film James and the Giant Peach. That led to work as a motion control photographer on The Truman Show and X-Men. In 1997 he joined Pixar, was layout artist on A Bug’s Life, layout sequence lead on Toy Story 2, lead layout artist on Monsters, Inc., and director of photography on The Incredibles, and Up.

He began work on TS4 in 2015 when he was still involved in other Pixar projects back when the original plan was to make the sequel a romantic comedy. His work began in earnest in 2018 once the film’s ending had been agreed.

“Once it was decided that Woody is going to go with Bo the whole process was then to make sure we earned that ending. It was not easy to say the least.”

During the film’s four-year development, he says Pixar’s camera capture pipeline has improved significantly. “When we started out it was taking some time for us to capture directly into our proprietary software. It wasn’t robust but the time when we finished, we had a fully-fledged capture stage.”

The camera team also deployed VR for the first time to aid in design and location planning. This innovation will be of considerable benefit to animators in future in trimming time and assisting creative decision making.

“It means sets aren’t static and two dimensional but immersive and we can walk around it. We can trial wide lenses, longer lenses. We can add or remove props. On Toy Story 4 it meant we were able to visualise scale between human and toy perspectives very easily. Being able to bring a director into that space to get a sense of a scene is a huge advantage.”

With his track record you would think Lin a shoe-in for every major Pixar film. He says is interviewing for future projects but can’t disclose details except, “they are originals.”