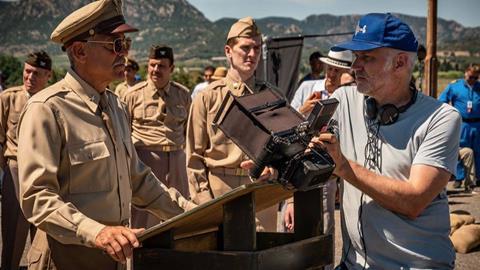 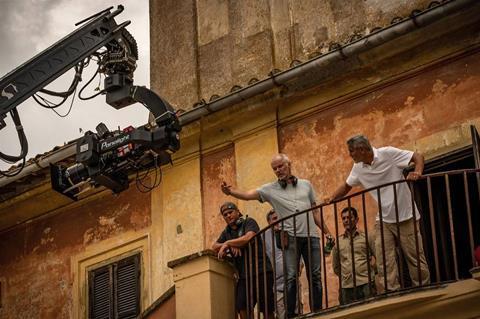 Joseph Heller’s 1961 novel Catch-22 is set in World War Two, but it’s clear that the makers of the first television adaptation - including series executive producer, director and star George Clooney - believe its satirical take on the insanity of war is just as relevant today.

It follows a US bombing squadron whose leaders continually raise the number of missions their men are required to fly before being sent home, resulting in no one being sent home.

The only way out is to claim insanity, but a request to be removed from duty is proof of sanity, hence the bureaucratic rule Catch-22.

“The very idea of war is absurd,” says cinematographer Martin Ruhe, ASC. “For anti-hero Yossarian this is simply about life and death. The stakes could not be higher. But for characters like Milo, war is a huge business opportunity. This is not just absurd; this is how war is.”

While Yossarian (Christopher Abbott) rages at the sheer insanity of it all, his problems are compounded by characters in his own army including the profiteering Milo Minderbender (Daniel Stewart), mediocre commander Major de Coverly (Hugh Laurie) and parade loving Lieutenant Scheisskopf (Clooney).

Ruhe had previously lensed The American, a taut thriller set in Italy starring Clooney and produced by Grant Heslov. It was Heslov and Clooney who approached Ruhe to photograph Catch 22.

“They wanted it to look like something shot in World War Two, so I did some research mainly into period colour newsreel and high contrast footage,” Ruhe explains. “I shot some stills and played around with the look in Photoshop. The obvious decision would have been to shoot 16mm, but film cameras are not too practical, particularly for manoeuvring inside planes, so we had to find a look in digital that wasn’t too clean.”

The story is set on tiny Italian island Pianosa and shot on location in Sardinia and areas around Rome where the Mediterranean light helped Ruhe to find a look that exuded baking heat.

“We wanted this yellowish feel – to really feel the heat,” Ruhe explains. “It’s permanently hot, people are always sweating, it’s not a pleasant place. We added film grain for a richer texture that conveys the feeling of heat.”

The show’s producer, Hulu, also required a 4K finish which led to Ruhe’s choice of ARRI Alexa Minis. “I wanted a small compact camera so we could shoot as much as possible in the planes. We had the fuselage of a real WW2 bomber (in a studio in Rome) to do all the flying shots with actors.” 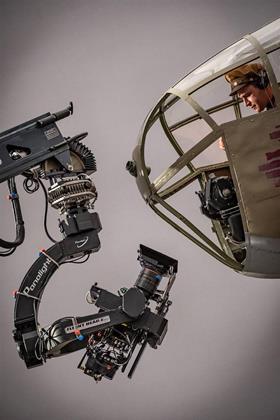 Ruhe: ”I wanted a small compact camera so we could shoot as much as possible in the planes.”

Even more compact 4K Flare camera heads (designed by IO Industries) were mounted to the planes used for aerial work.

Ruhe shot using Cooke S4 Prime lenses which yielded aesthetic aberrations and flare as well as using zooms in reference to the films of the 1970s such as Robert Altman’s M*A*S*H.

“We’re using the zoom to draw attention to something, for example to pick someone out in a crowd and to follow them for a time. It’s not very subtle and I don’t usually do it, but it worked here.”

A major scene in the fifth episode involves an attack by German planes on the army base (arranged by Milo to boost the value of the planes remaining after the attack). Shot at night, Ruhe used HMI lights and gels to give a bluish-green hue for moonlight and then worked with illuminations from the explosions as planes are destroyed across the airfield.

“The shoot felt as big as a major feature and the way the story was treated felt like doing a film, but we were cross shooting several episodes at a time. On one day we’d be setting up multiple scenes in one location for different episodes with different directors, which is a big difference from a feature.”

Unlike the novel, the series unfolds chronologically from 1942 to roughly 1944, but the series retains the chaotic energy and sense of madness.

It’s rare that a national newspaper praises the cinematography but UK’s The Guardian did in its review: calling the adaptation “immediately impressive – visually deserving of a bigger than a laptop screen – with a cohesive, arid palette and shots ranging wildly in scope from resonant closeup to sweeping landscape.” 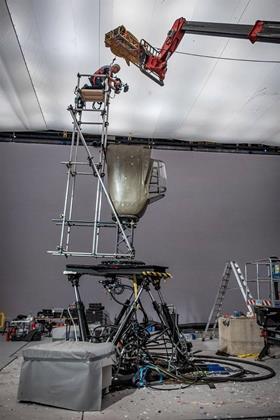 Ruhe: Shooting 16mm “not practical” for moving around planes

Clooney directs two episodes with Ellen Kuras (perhaps more familiar as a cinematographer on features like Eternal Sunshine of the Spotless Mind) and Heslov (who produced Argo and Good Night, and Good Luck directed by Clooney) also directing two each.

“George and Grant were effectively working as showrunners plus directors. You must move fast with George. He is quick at making decisions and he’s also very visual which surprised me. He knows how the camera moves and how to direct actors and he’s very experienced all of which makes him very easy to work with.”

Bird’s eye view
Ruhe was also reunited with the mainly Italian crew with whom he had shot The American.

“There’s something nice about going to places and working with the local crew – and these guys are fantastic,” Ruhe says. “You learn more because there are always so many ways to do things. You pick up things you didn’t think of.” 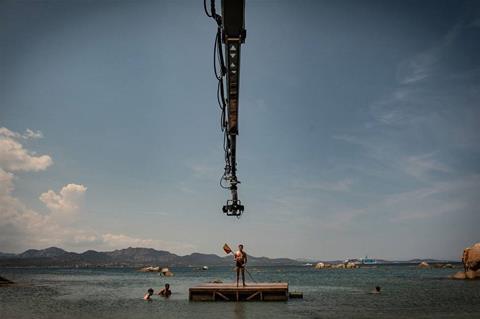 Also tricky was managing the considerable amount of airborne action. Ruhe tried to do as much in camera and in the air as possible.

“There are only so many Mitchell B-25 bombers left in the world, but we had one and a Douglas DC-3 for a few days. We tried to get as much mileage out them as we could, with camera mounts on the body and interior for aerial sequences. We also shot from a helicopter, but we had to turn over a lot of plates to VFX to enhance these scenes.”

“For me, shooting commercials is useful because there are technical things you can learn and new gear to get to know, plus you meet new people,” he concludes. “But I love doing that with actors, which you can’t do in music videos. For me, the highest discipline and the best thing you can do is to tell a story.”