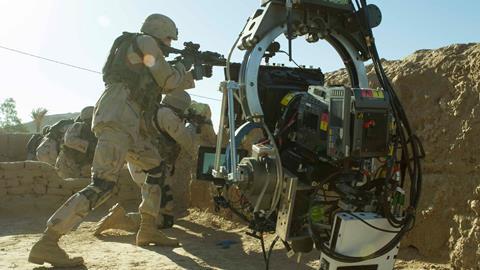 One of the world’s leading specialists in 3D production, Demetri Portelli’s credits include Oscar winner Hugo through to Ang Lee’s upcoming sci-fi film Gemini Man – and he thinks that 3D filmmaking remains vital to the future of cinema 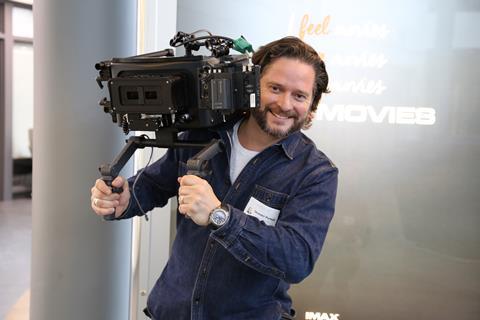 3D filmmaking may be in one of its periodic retreats but to some it remains vital to the future of cinematic storytelling. Adherents include Peter Jackson, Ridley Scott, Wim Wenders, Martin Scorsese, Ang Lee and James Cameron who also conclude that shooting 3D live on set rather than as a visual effects conversion achieves the best quality results.

“There is no magic 3D button you can push,” says Demetri Portelli, a stereographer / stereo supervisor. “The process is organic and has to be worked out natively, calibrated fastidiously and created frame by frame.”

The stereographer is responsible for the artistic and technical execution of generating stereo digital motion pictures, using married pairs of cameras and lenses. Portelli is arguably its leading exponent. 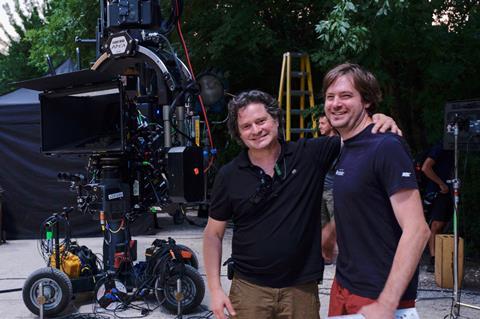 He was at the centre of Martin Scorsese’s five times Academy Award-winning 3D film Hugo, devised the stereo with DP John Matheison for 47 Ronin and served as stereographer on Ang Lee’s Iraq war homecoming drama Billy Lynn’s Long Halftime Walk which was shot stereo at the unprecedented speed of 120 frames a second. He’s also part of Lee’s core team on the forthcoming sci-fi Gemini Man which is being shot in similar fashion.

Likening his work to scoring a soundtrack, Portelli says, “There is no mathematical formula telling you where the 3D should be in a shot. Much like music, it should express something and act in variation or be complementary to the story. Sometimes you find a miraculous ‘sweet-spot,’ when the lighting, performance and blocking to the camera all align.

“Most directors and audiences appreciate 3D when they see it used subtly and in moderation,” he argues.

“Just as we’re so engrossed in a story told in 2D when we’re not aware of the screen, with stereo we have an opportunity to journey further within the space of the story itself.”

He says that the techniques now being advanced can remove the screen presence “to the point where it feels as if the actors are often in front of us in real life. It is this proximity of their story in relation to the viewer that directors like Ang Lee understand.”

Creating stereo 3D, though, is not the normal template for production. Often films are green-lit prior to discussing 3D methodology, leaving no choice but to convert the film much later from a marketing budget. This can exclude the director, cinematographer, production designer, and editor who are key visual storytellers.

“There is no magic 3D button you can push. The process is organic and has to be worked out natively, calibrated fastidiously and created frame by frame.” Demetri Portelli

By contrast, stereographers, working at a monitor with the director, are in a position to demonstrate opportunities to play with the immediacy of a performance and the amount of stereo volume or impact.

“When your cinematographer is on the eyepiece, you protect their photography and guarantee 3D technical consistency,” Portelli explains. “You can complement their vision and style.” 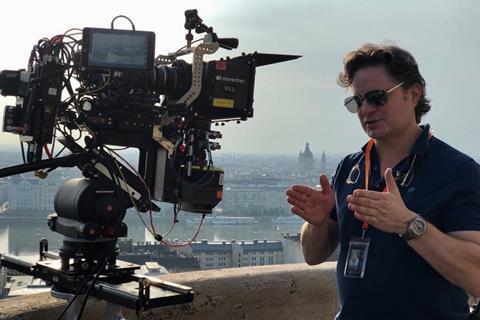 Demetri setting up a stereo shot and discussing the IO

Stereographers will bake in the IO [interocular] and place all convergence, build on the preceding shots, take extensive notes and pay attention to new lighting and moving elements.

“We will choose stereo pairs of lenses in size and shape. We can advise on how a curve of a lens could also be used vertically. For example, when placing an actor in frame shooting from chest height would avoid stretching their legs too far down in depth or distortion.

“Personally, I love the expressive nature of the medium, its sculptural creation and the technical challenges of capturing simultaneously wonderful 2D and 3D images.”

In Hugo, the extraordinary opening shot tracks from an aerial view of Paris, down and inside the railway station as if the camera were steaming in on the front of a train (in direct homage to the Lumière brothers’ pioneering single take stereo short L’arrivée d’un Train en Gare from 1885) and into the clocktower hiding place of the boy, Hugo. That grandstanding use of 3D contrasts with subtle use of fine down feathers to simulate dust particles and atmospheric fog machines to replicate steam deployed to make full use of the 3D effect layered with DP Robert Richardson’s ambient lighting. 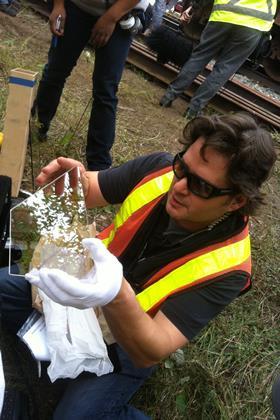 Director Jean-Pierre Jeunet made explicit reference to a scene from Hugo in crafting 2015 feature The Young and Prodigious T.S. Spivet, stereo-designed by Portelli. Specifically, he wanted to replicate the signature shot in Hugo where Sacha Baron Cohen’s character looms menacingly out of the screen.

It is the space behind the screen’s frame (positive parallax) and, in particular, the negative or ‘Z’ space between the screen and the audience which filmmakers are keen to explore. This dimensionality can be used just like set design, composition or lighting as part of the grammar of visual storytelling.

“3D conversion is its own art form,” Portelli insists. “It can work extremely well if a stereo supervisor is advising from pre-production through to post, as was the case with Gravity where the subject matter leant itself to 3D and Mad Max: Fury Road where all the action was moving away or toward the audience making it really exciting as a stereo presentation. You need to plan 3D into the concept of the visual story in order to make the right choices.

“Most directors and audiences appreciate 3D when they see it used subtly and in moderation.” Demetri Portelli

“When used correctly, conversion is a VFX process that can work hand-in-hand with a well-planned story. My hope is that viewers seeing Gemini Man will keep demanding real 3D photography to connect with visual images in a visceral way unlike any other.”

Technical virtuosity
Toronto born and based, Portelli started out making Super 8 and 16mm music videos for local rock bands while studying at the University of Toronto. Inspired by the virtuosity of filmmakers like Stanley Kubrick, he gravitated toward the technical end of acquisition.

“I wanted to tell stories on film but realised that I needed to get my head around how the technology works.” He rented a 35mm camera, borrowed a light meter and learnt the business from the shop floor as a camera technician. 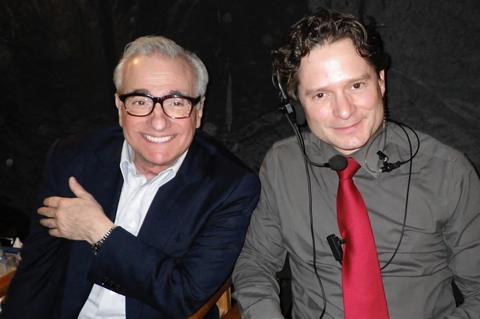 Portelli was a trainee on Sofia Coppola’s The Virgin Suicides (1999) and then a first assistant camera (focus puller) on projects including Resident Evil: After Life on which he honed his instincts for creating 3D wirelessly. After live stereo work for ESPN and the 2010 Winter Olympics in Vancouver, he performed 3D tests for Michael Bay’s Transformers: Dark of the Moon and was hired by Scorsese and Richardson for Hugo.

While the essence of what stereo offers to the brain hasn’t changed radically since the Lumiere brother’s early experiments (good stereoscopy goes back over 150 years in photography), the nature of what can now be achieved in-camera, in postproduction, and with theatrical distribution is making leaps and bounds in quality from start to finish.

High frame rates and 3D
This process is being pushed further than anyone by Ang Lee. Believing in the power of 3D as a means to create a unique intimacy between audiences and the story, the director saw that 3D when it was shot and played back at the conventional 24 frames a second created a blur and lack of smoothness that undermined his intentions.

“We needed a solution so that the audience could ‘lock-in’ and track the actor’s eyes, which is vital to the connection of the audience with the performance,” Portelli says.

To solve that issue, Lee elected to shoot Billy Lynn’s Long Halftime Walk in 3D at 120fps and is now striving to refine the technique further with Gemini Man, due for release in October. 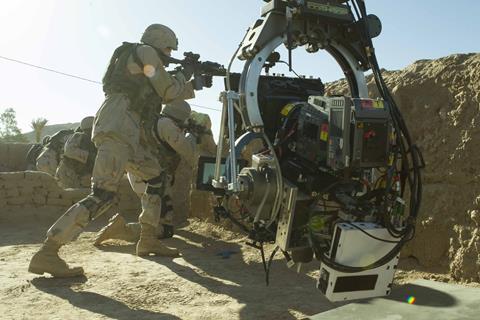 “We are constantly tweaking every aspect of the process from altering make-up and grip support to wireless transmission, custom-camera design, mobile 3D rigs and faster workflow protocols to turn around the footage,” says Portelli, who is stereographer / stereo supervisor for the film.

“The exploration should never stop because this is digital cinema in evolution. Ang has taught me something invaluable about being an artist: that we only advance and make progress when we work outside of our comfort zone.”

A bespoke lab built for Gemini Man travels with the film on location to help Lee and cinematographer Dion Beebe prep, test, shoot and view dailies in high frame rate. In post, the lab moves to New York where the editorial and lab team manipulate petabytes of data before an extensive DI process to deliver many versions of the film.

Paramount Pictures thinks it may have a hit on its hands and is keen for it to be understood that the film will work artistically just as well at 2D 24fps and 3D 60fps and that just because a cinema isn’t showing it at 120fps doesn’t mean the audience is missing out.

A bespoke arrangement of dual projectors and a specially mastered version of 3D 4K 120fps are required for cinema chains to play the film back at its fullest range.

The studio has written to exhibitors with directions on how to conduct an HFR test and says it will prepare multiple formats of the film for the widest distribution. It states: “We want to do everything possible to make projecting the high frame rate version of Gemini Man a turnkey experience for you and provide audiences with the latest technological advancement in cinema.” 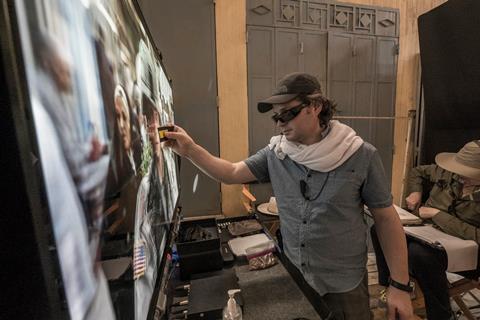 On location in Morocco

Some believe that the century old 24 frames a second convention is arbitrary and that our cultural acceptance of this as normal is due for a shake-up. Others contend that there is something natural in the way our brains process visual information at 24fps, in the way our imagination effectively fills in the micro-gaps between frames, that makes it perfect for narrative visual storytelling.

“When people don’t understand the intention behind the technology and what capturing at 120 can afford even to the 2D experience, then they are not in tune with the artist’s intentions,” says Portelli. “This is about defining a new language of digital cinema. You can capture at any frame you like, and it is about the choice on what information you use to deliver a shot, scene, or sequence. It will ultimately be up to Ang how he uses all of this data to finish and exhibit his work.”