Laura Jans Fazio explains how an interest in art and design led her to become the colourist for the likes of House of Cards, Mr Robot, and A Series of Unfortunate Events. 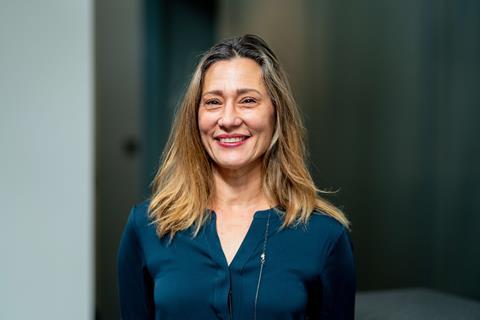 Laura Jans Fazio: “Don’t be afraid to press buttons and find someone who is willing to share information with you.”

Encore Senior Colourist, Laura Jans Fazio, has an anecdote that rather neatly summaries her career in all its aspects; both the way she has approached it and the impressive number of high-profile projects she’s worked on.

“I love to colour,” she says simply. “During the second season of House of Cards we started at the end of November and we had to deliver all the episodes by January 18th. I was pulling some heavy hours and I was walking in every day — and my assistant might have been getting sick of this — saying “I love my job. I’m so tired but I love my job.”

It’s a job and an industry that seems to repay her attitude in kind. In recent years she has had the opportunity to set the bar for colouring on the new SVOD services in particular, from that second series of ‘House of Cards — which was all the more of a challenge due to having to pick up on a look established in the first season — to Mr Robot, A Series of Unfortunate Events, and more. All of which are impressive entries on the resume of someone who initially left high school early to pursue a career in the fashion industry.

Jans Fazio was working in a shoe shop and attending New York’s Parson’s School of Design when she was given the chance to volunteer at PBS station WNYC. Having initially thrown herself into uplinking, downlinking and camera calibration, she then had the opportunity to enter post production and seized it with both hands.

She really hit her stride assisting Telecine at DuArt Film and Video. “The machine room was totally separate, so I was just handling film,” she says. “For the geek in me it was incredible because I could just go through the entire lab and pick everyone’s brain, from taking apart lens contraptions to learning how to slice neg from the 80-year-old grandmother who owned the place. It set me on an interesting and exciting venture. I started doing dailies within a year.”

Having moved to Los Angeles in the early 90s, she’s worked at many of the leading post houses on the West Coast since, including Company 3 and Technicolor Creative Services. She’s currently in her second stint at Encore and been there since 2014.

“The job itself hasn’t changed much,” she says, reflecting on the developments over the years. “It’s a combination of dynamics with clients, the personalities in the room, giving the clients what they want at the same time as pleasing yourself as an artist.

”The job is a combination of dynamics with clients, personalities in the room, giving clients what they want and pleasing yourself as an artist”

“What has changed are the demands. Clients knowing what they can do on their computer at home expect more. And they expect more and faster and cheaper, whether that’s effects, the colour, or the edit. That demand is higher, but happily the advances in technology mean we are able to do that.”

Ambient influences
When asked about her influences, rather than reel off a list of TV shows and movies and other colourists’ work, Jans Fazio tends to talk about the visual life in the urban and natural environments around her.

“I’ve always had an interest in art and design and architecture and visual aesthetics,” she says. “My influences are everything, from photography books to just walking down the street and looking at different architectural details and the angles of building. Storefronts, nature, flowers… It’s hard not to make that sound silly but my Mom took me to art classes from when I was very little and I remember the light in the mid-century house my grandfather had, the shapes of reeds when I pressed them out in wax paper, the shapes of bricks, the pattern of tiles in a roof. I think growing up in New York had a lot to do with that.”

Despite decades in LA, she still misses her home city. “New York is such a melting pot of so many different things from art to people,” she says, and admits she takes any chance she can to get back there or over to London, her other favourite city. “It’s the pedestrian accessibility and the culture collisions, and meeting people in the streets or in restaurants; I’ve always enjoyed that.”

Favourite children
Jans Fazio says it’s hard to pick out individual projects from her career as standout moments, but the 60 episodes of House of Cards she worked on really helped to elevate her work.

“What I learned about myself was that I can do this,” she says. “I am just OCD and just technical and just aesthetically particular enough to make House of Cards look the way it does. I had to work from an existing palette and an existing production design because I didn’t do Season 1. I worked with people who really knew what they wanted; David Fincher and his team aren’t demanding in a negative way, but they know what they want and what’s right, period. That was an incredible experience. But what came out of it was that this job fits every bit of my personality.

The key theme that runs through the projects she refers to is collaboration with the creative teams. She talks, for example, of the A Series of Unfortunate Events director Barry Sonnenfeld getting the VFX team to amp up the saturation on some clothing to give her more to work with in a scene.

“I’ve been fortunate enough to work with DPs and directors who really care what they do,” she says. “The bright colours they use and the way they shine things and the way they see things is right up my alley in that they give me everything I need to work from to create something really pretty. And when you have the care and the attention to that detail from the get-go, it just makes it all that much more enjoyable.”

Getting dynamic
A Series of Unfortunate Events was delivered in HDR and SDR and her attitude to HDR reveals a lot about the colourist she is, and that’s one that uses the palette at her disposal to help tell the story in front of her.

“The trick with HDR in a show is… if you have a medium shot and a white sky in the background because there’s no sun and it’s a little overcast, are we seeing the story or are we seeing that white sky? That’s what needs to be honed and fine-tuned to be able to allow the viewer to engage with the story, rather than it being forcibly obstructed by this light value.”

She grades on Baselight, saying she likes the amount of information it gives her, where things live, and that it lets her do a multitude of things that she wouldn’t be able to do on other systems.

“Back in the day we had limited tools. We were working linear on computers; you had more than printer lights but were still limited to what you could do. You could do RGB, you could do saturation and you could do vector isolation, but you couldn’t do tracking, and windows and sky replacement and paint outs and so many of the things we can do today. But, as far as creativity goes it’s about how you approach the toolset and how you investigate the limits; you just click a button and see what you can do.”

Jans Fazio’s entry to the industry at a New York PBS station was very much a button pressing type of apprenticeship, as were here subsequent jobs learning the ropes at post since. Does she feel that we have lost something in the move to software, screens and virtualisation? Definitely not.

“We haven’t lost something, we have more control,” she says. “It’s like a paint palette. The more colours you have and the bigger the canvas, the more you’ve got. We haven’t lost anything at all, as long as it’s used well.”Jans”