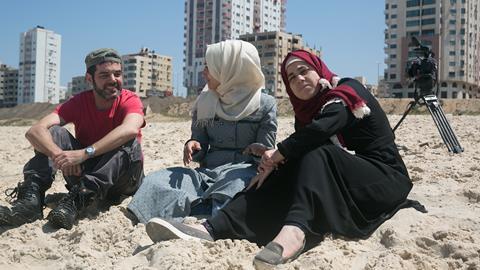 Frontline investigators: Democratising solidarity for freedom of the press

The future of freedom of speech is heavily dependent on the power of public service broadcasters, despite the rise of OTT platforms freelance documentary filmmakers agree press freedom requires solidarity, say winners of the Rory Peck Sony Impact Awards

Freelance documentary filmmakers produce some of the most powerful newsgathering and investigative journalism required for a democratic society and with the courage and quick news judgement in difficult circumstances they capture some of the most important stories of today.

Notwithstanding the dangerous environments and threats to personal safety, filmmakers need a level of technical expertise to master different formats as well as a passion and knowledge for the subject.

Empowering and inspiring change through informative and critical filmmaking is the central motive for the three finalists of the Rory Peck Sony Impact Awards for Current Affairs.

IBC365 sat down with the freelancers to discuss the challenges to freedom of the press with the rise of digital media, the power of independent films to drive topical agendas including diversity and social discrimination.

However, a topic less discussed in everyday rhetoric is the danger of a society where the public doubt what they see in the news. They also spoke on how the likes of Netflix and Amazon commission films and documentaries with a focus on longevity.

French investigative journalist and documentary filmmaker Martin Boudot and his director of photography Mathias Denzio won the Sony Impact Award at the annual Rory Peck Awards earlier this month in London, for their film Paraguay: Poisoned Fields which was commissioned by France 5. 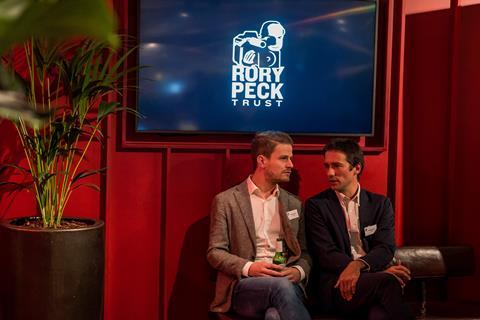 They combined investigative journalism and science to prove and raise awareness on the toxic contaminants used on the soybean fields in Paraguay that have invariably been poisoning the local children causing harmful side effects.

Runner up was American Michael Cassel who is an independent documentary filmmaker and multimedia journalist who is based in the Mediterranean region.

He was shortlisted for his film titled The Missing, which was commissioned by NBC and Telemundo, where he documented the stories of five missing people from five different countries, across three different continents who fled to seek a better life.

Rodrigo Vázquez is Argentinian and has worked as a freelance producer, director and cameraman focussing on investigative and observational documentaries in war zones and conflict areas for more than 20 years.

His film People and Power: Frontline Nicaragua followed the April 2018 protests against the pension reform which quickly developed into an anti-government movement.

Rory Peck was a freelance camera operator who died doing his job whilst in Moscow in 1993. His family established the Rory Peck Trust, a unique not-for-profit organisation that supports freelance journalists, filmmakers and camera operators through international training, security, insurance and grants, whom would otherwise be left to defend themselves and their craft without backup.

The Trust also supports the physical and mental health of freelancers often when they’re risking their lives working in conflict zones and dangerous environments to ensure the public is well informed of global current affairs that mainstream broadcast media would otherwise not cover.

Balanced or bias?
The three documentary filmmakers agreed that public service broadcasters (PSB) empower freedom of speech with truthful investigative journalism that is critical to a functioning society.

While Boudot and Cassel explained their positive relationship with their respective broadcast commissioners, Vázquez described how freedom of speech is often governed. From his experience, he felt he had little to no room to add his own stance and cover stories objectively from his experience working with most of the main international broadcasters since 1998.

He explained: “I have had very negative experiences, especially with the BBC. Its reports are meant to be objective,” he continued that after working on an assignment brief for a story in Turkey for BBC Arabic he found it “completely biased,” despite positioning the story as objectively as possible, “I was sacked and my crew in Turkey was not protected by the BBC.” 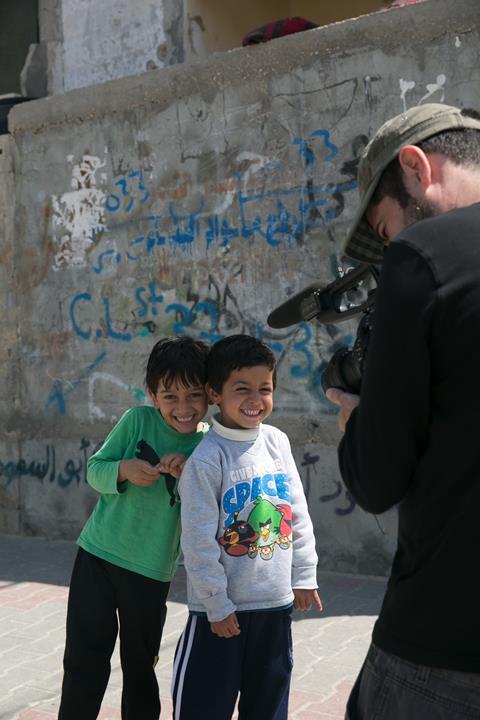 Rodrigo Vázquez: ”If you’re hired as a news fixer, we are not given any protection”

He described it as “shocking” and the internal regulations to manage freelancer’s health, safety and security is often lost in paperwork and the best practise guidelines never implemented to protect freelancers.

He added: “If you’re hired as a news fixer, we are not given any protection or insurance or personal coverer after the transmission.”

The assignment he was given was to make a two-hour documentary on the history of the Kurdistan Workers’ Party (PKK) for the 50th anniversary of its foundation. He was asked to reflect on the history from both the point of view from the PKK affiliates and the Turkish government and army.

“I found it very difficult to try and convince people to speak to the BBC because the BBC and BBC Arabic particularly in Turkey have a very bad reputation as they are seen to be slanted towards the PKK version of events, since the PKK was instrumental in the American policies in the region and the UK is partners with America for foreign policy ventures,” he told IBC365 separately.

He added: “Since I was a freelance filmmaker and I was given this task on the basis that the BBC had to convince people to talk in Turkey for this programme, and because the BBC had a very bad reputation, I was hired to make the film and approached the Turkish voices, including former cabinet ministers, members of the army and intelligence services on the assumption this film would be made balanced and that the testimonies obtained for this film would not be used for any other purpose other than to make a film about the history of the PKK.”

After working on the film for six months, Vázquez found himself working with a new producer who dismissed the idea of making the PKK history films and intended to use the footage for another programme on “something completely different, which was on the Turkish offensive in Syria” he said.

Concerned for the safety of himself, his crew and the people interviewed based in Turkey he added: “This is a typical example of why my contributors did not want to initially collaborate with anything to do with the BBC Arabic.”

Upon “raising the alarm” with the BBC Arabic producer and editorial team, Vázquez said the “falsifying” of the true intentions for approaching this interviewees meant he “had to take it upon myself to write to the Turkish government press office and explain the situation but I was not backed up by the channel, and so I opted to not be involved in the programme.”

IBC365 approached the BBC for comment: “The picture painted by Rodrigo Vazquez is completely unrecognisable to us.

“In the short period of time he worked with the BBC as a freelancer, the work he produced unfortunately fell short of our editorial standards.”

Reflecting on his career, Vázquez explained that 25 years ago when he worked for UK broadcaster Channel 4, he was sent to foreign countries with the commissioning editor “standing behind us… but that does not happen today.”

Admitting it was a controversial statement, he continued: “[Being] risk averse is part of the problem with multiple platforms and people fleeing to watch news in other ways, broadcasters are made to reinforce people’s prejudices.”

Digital democratisation
Cassel, who was part of the team at Al Jazeera who formed and launched digital channel AJ+, explained that he “left out of frustration because I felt the delivery was patronising for older audiences, the attitude is so patronising its bullshit and young people are watching documentaries.” 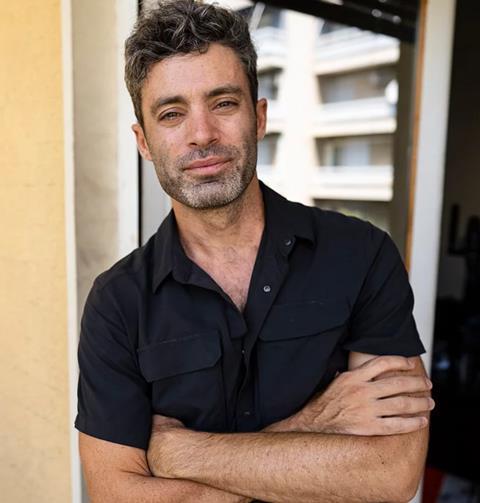 The concept behind AJ+ is the delivery of topical news and current affairs in shorter content clips. Cassel explained that today people are watching longer form content - they want to be informed and they are asking for hard hitting journalism, however “the big problem is that one in three people don’t believe what they see in the media.”

Opting to work as a freelancer to have greater freedom and control of what and how he is covering his chosen stories.

“Basically, we are screwed, and no one is going to support us.”

Looking at the modern TV ecosystem, he explained: “I am a huge fan on online publishing because TV publishers are archaic and don’t allow for much creativity in forms of storytelling.

“The problem has been the money to fund those productions because broadcasters are stuck in the traditional way of doing things which is frustrating, but the online publishing is promising.”

According to the freelancers, the likes of Netflix and Amazon are complementary to the broadcasting and media industry, and although they cause disruption, they also bring opportunities.

Despite this, Vázquez and Boudot argue the power of PSB to stand independently from the bias and prejudices often presented by the OTT services.

Boudot explained: “Netflix and the new players want to have cool content. It’s an industry point of view because they want our documentaries to be legitimate in 20 years’ time and what we are producing today is to do with news and current affairs now. So these platforms aren’t interested in our content.

“I have been lucky enough to work with the French public TV but the issues today are from a legal perspective.”

After being sued three times, he explained that he has to work with a production company for peace of mind. The commercial broadcaster who commissioned the content washed their hands of the filmmaker, he added, so he was lucky to be under a production company who covered the extortionate fines.

He added: “Companies are suing journalists today because they know it is a way to silence them with economical pressures and it’s effective.

“We are the silent forces that nobody really cares about.”

On Netflix, he explained they want a catalogue and are likely to only back a documentary “as long as they last,” and added: “Netflix has a lot of bias but also some interesting content in documentaries that are trying to write things differently and present unusual stories not seen elsewhere.”

Adding to the debate, Vázquez said: “The means of production has been democratised but there is no real access for people to watch the content if they don’t have the money to do so, there is an exclusion to freedom of speech on these technology platforms.”