Green around the edges: How broadcasting is becoming eco-friendly

Environmental issues, like climate change, are having an impact on broadcasting – most noticeably on screen, where the success of programmes like the BBC’s Blue Planet II was such that it has changed attitudes to single-use plastics. Behind the camera there is also now a greener tinge around the edges.

Since April 2018 the BBC has cut out more than half a million items of single-use plastic cutlery and has launched a new sustainability strategy: Greener Broadcasting.

The initiative not only hopes to promote environmental matters through its programming, but aims to reduce its own environmental impact through initiatives that range from using 100% biodegradable liquid glitter and biodegradable makeup wipes on Strictly Come Dancing to reducing its carbon emissions by 24% (by 2022), its energy consumption by 10%, and waste by 10%, while increasing recycling by 75% and aiming to send zero waste to landfill. It is also committed to buying 100% renewable electricity for all of its major sites. 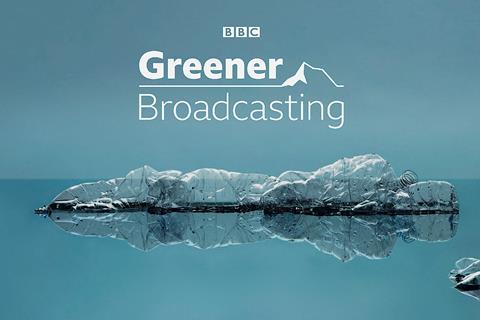 The BBC was also one of the founders of the Albert Consortium, something other broadcasters can sign up to. Already, viewers of many UK shows may spot a footprint logo at the end, with a note about “Albert sustainable production certification”, even if they just wonder what it all means. In fact, it is an impressively successful scheme that is beginning to gain traction in other countries.

The pan-industry environmental project is hosted by Bafta and started as a carbon calculator for BBC productions. It is now backed by 15 major broadcasters and production companies, ranging from Sky, Channel 4 and ITV to Freemantle and IMG, but any UK production company can use Albert for free and it has assessed more than 3,000 carbon footprints over the last few years. It is now a mandatory requirement for all commissions for the BBC, Sky, ITV, Channel 4 and UKTV.

According to Albert international manager, Jeremy Mathieu, who has also been a sustainability advisor for the BBC, an hour of TV typically produces about 13.6 tonnes of CO2 – the same as running three homes for one year.

To counteract this, Albert promotes best practice using a standardised approach, and some 350 productions have seen an average of 15% carbon reduction (with a saving of £6,600 per series). On series two of Victoria for ITV, for example, Mammoth Screen reduced its footprint by 65% and saved £15,000. These reductions have also fuelled TV maker’s competitive instincts, so that when ITV’s Coronation Street achieved its three star rating, BBC’s EastEnders then worked hard to beat it.

WeAreAlbert.org has now trained about 2,500 people in the UK, and more than 250 internationally, developing a network with members in about a dozen countries, such as the Netherlands (where it works with eight public service broadcasters), Dubai and Canada, including large production companies like Freemantle, which has offices in multiple countries.

Being eco-friendly “is not something that will cost you extra or take a lot of work, it is part of your core business,” said Mathieu.

The biggest impacts are from the energy used in offices, travel and running generators, but broadcasters can also have a big impact through their dealing with vendors and through the content they put on screen, which is why Albert now also helps producers to engage audiences with the topic.

“By making production as green as possible, it becomes hard to ignore the company level issues, such as buildings,” he added.

Given the green light
At a technology level, Mathieu sees remote production via IP, which reduces the number of people travelling as having “a big positive impact,” while the use of LED lighting is also important. 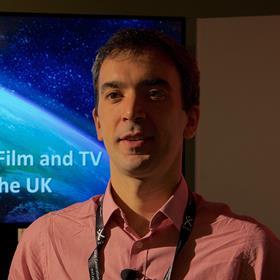 Looking for a greener earth: Jeremy Mathieu of the Albert project

LEDs are certainly an easy win compared to traditional tungsten lighting, with large energy savings (about 80%) plus huge gains in terms of bulb life and reliability, but less energy-intensive lights already existed: fluorescents.

“There has been a significant energy saving for Fresnels (hard light sources), but not as much for fluorescents, where the benefit is in longer life for the LED lights,” said Peter Daffarn, managing director, Photon Beard.

This is still a plus for the environment: “A fluorescent tube typically lasts two to three years, and you need to be careful disposing of it as there are trace amounts of mercury in the tubes.”

However, the energy savings are only 10-20%. For example, a 90W version of Photon Beard’s latest Highlight remote phosphor LED light is equivalent to a 110W fluorescent, but, the capital cost of an LED is significantly higher – as much as 40% compared to fluorescent, and about 60% compared to tungsten. However, there are also big creative benefits from moving to LED, as many of today’s lights allow users to tune in different colour temperatures, or even add colour – indeed some of the most recent lights can do lighting effects, such as lightning or mimic police lights or flickering candles.

Generation game
On location the biggest CO2 generator is usually the generator… whether used to power lights, media villages or catering, they often spew out diesel fumes. The alternative, until now, has been to plug in to the mains – not always an option. Now productions can also opt for zero emission generators, using systems launched at IBC2018 by Polyma Energiesysteme. The generators are not only clean and green but also very quiet (50dB), so can be used close to the action. They will be built to customer specifications, but an example of what it offers is a large mobile battery delivering up to 100kW power, with a capacity of 176kWh, which could power a medium-sized production unit for a day, or even a big OB for about six hours. The units can also have 24v DC outlets, necessary for LED lighting, which uses DC.

It uses four big lithium-ion batteries, “which will last about 5,000 charges (when they will reach about 80% capacity),” said sales manager Philipp Nawka. Larger units with more batteries could be assembled if customers need them. Each battery takes two hours to charge, so four in eight hours, but a bigger charger can restore one in 30 minutes.

It also showed a 72kWh unit fitted with a telescopic 6x 200W floodlight delivering 320,000 lumens. That system used heavier but cheaper lead acid batteries, and it is also offering hybrid systems with batteries and either a petrol or natural gas battery extender (both cleaner than diesel).

Are trends electric?
The advance of lithium-ion batteries has also made possible the first ever all-electric newsgathering vehicle. Launched at IBC2018, the Megahertz ev-Sat recently started trials with the BBC in London and is based on a Nissan e-NV200 electric van.

“Running diesel-powered broadcast trucks into city centres was becoming increasingly untenable,” said Steve Burgess, chief technology officer, Megahertz. “Broadcasters have their own environmental responsibilities, and cities are increasingly imposing heavy penalties on particulate-emitting diesel vehicles. We wanted to demonstrate that we could provide the right functionality in an all-electric vehicle for newsgathering in the urban environment.” 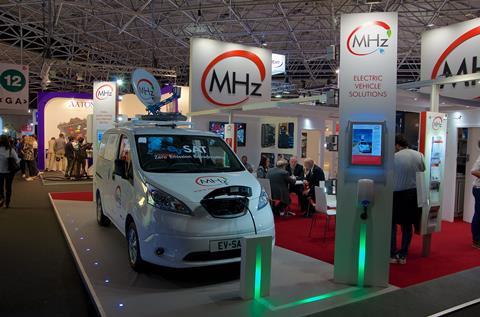 The difficulty was not just powering the van as it drove around the city, but also having enough power to supply the production and transmission within the weight and space limitations of the small van.

The vehicle choice is currently very limited, which is why the van is a little too small, “but in slightly larger vans there is nothing [battery powered] available,” although an electric Mercedes Vito should be available in the next year or so, said Burgess.

One of the biggest challenges has been to keep the weight down, because the van’s batteries are heavy. To counter this, the desk is carbon fibre and the technical battery (for the production equipment) is lithium.

Being able to charge both energy systems at once was also vital, as was a need to inflict as little damage on the van so that it could easily be sold on afterwards.

It can also syphon about 20 amps of 12v DC off the vehicle’s auxiliary battery to feed the technical battery if users need to finish a job, which could keep it going for another couple of hours.

The 360 amp-hour technical battery gives users six to eight hours of power, depending on whether it is using the satellite uplink, mobile data or charging camera batteries at the same time. It could be extended if the vehicle batteries are in good condition, but mainly as an emergency backup. However, given that a van typically does a couple of jobs a day, there should be enough power on tap to do this.

The van has a range of 60-70 miles (100-115km) if driven aggressively with a full load, and as the BBC envisages only using it in London within the M25 ring road, that shouldn’t be an issue.

As it is a trial, this had to be done at low cost, so they used equipment they had on hand, but a new van would be fitted with as much 12v equipment as possible, to reduce size, weight and power consumption. Indeed, in its previous 35 vans for the BBC it aimed to keep power consumption low as it used lead-acid batteries for the technical equipment (in diesel panel vans) to reduce the capital cost as lithium costs about three times as much (although they are significantly lighter and last longer), and the BBC had the weight capacity to go for the cheaper option. “With the electric vehicle the weight challenges are considerably more. It is all a trade-off between weight, power and cost.”

As the BBC trial is over Winter they have put in heated seats – as it uses less power than using fan heaters. In warmer weather, it uses fans to draw the warm air out of the racks and through the back, with no additional cooling. “Keeping people at the right temperature is a real challenge,” he added.