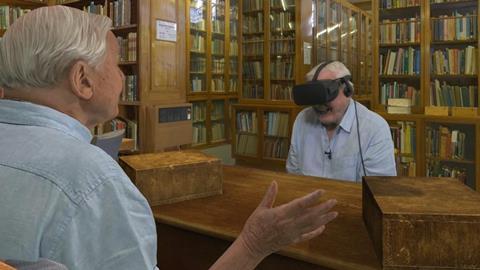 How museums are embracing immersive experiences

Leading figures from the worlds of theatre, technology and media are behind an ambitious project to create mixed reality, immersive visitor experiences at The Natural History Museum and The Science Museum in London.

For much of the time, a trip to the museum involves looking at incredibly precious objects, often through a protective glass screen. The artefacts can’t be touched or approached too closely – and there is only a limited amount of information about them, usually on a small white card next to the objects.

No wonder that for some audiences, particularly the younger generation who have grown up in a digital world, museum-going can feel passive, lacking in interactivity – and not very exciting.

It is with this in mind that seven companies spanning culture, entertainment and education have started collaborating in a bid to reimagine the museum visiting experience – using the latest in immersive technology.

They are creating new visitor experiences at two leading museums which will be opened to the public in the summer of 2020.

At the Science Museum, a mixed reality (MR) experience will bring the latest in robotics and artificial intelligence to life. At the Natural History Museum, meanwhile, visitors can interact with digital replicas of dinosaurs and fossils. 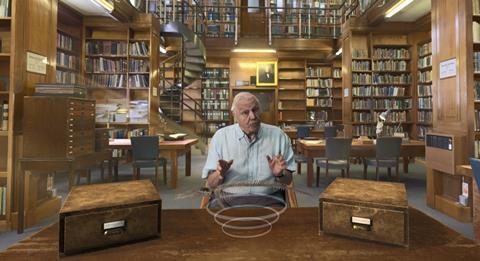 “This is about keeping the incredible collections at the core but finding new ways with technology to allow people to interact with them and learn about them,” says John Cassy, the chief executive of immersive and TV production company Factory 42.

Cassy is a former senior executive at Sky, and since founding Factory 42 has produced interactive VR projects such as Hold The World with David Attenborough at the Natural History Museum.

Factory 42 is leading the collaboration, which also includes the Almeida Theatre, Sky, Magic Leap, University of Exeter as well as the Science Museum and Natural History Museum. The consortium is being majority funded with a £4m grant from UK Research and Innovation.

“We can tell the stories of dinosaurs and robots in an entirely different way” - John Cassy, Factory 42

Explaining the thinking behind the two immersive projects being developed, Cassy cites widespread research which says that when people interact and play, their propensity to learn and to retain knowledge goes up significantly.

“What we are trying to do is to bring entertainment, computer game and theme park values into incredible world class museums – to see if we can tell the stories of dinosaurs and robots in an entirely different way.”

Cassy says the stories will still be factually accurate and grounded in science. “But they will be incredibly entertaining experiences where you are having fun with your mates. Along the way, you will have learnt something, but it won’t have felt like a lesson.”

Groups of around 20-30 people, each wearing Magic Leap MR headsets, will take part in each of the immersive experiences which will have a detective theme, with problems to solve.

They will walk onto a set populated with actors, just like a theatrical world. “It will be very visual and not just a digital experience,” explains Cassy. “Then using Magic Leap, we will be able to overlay digital things onto that world.”

The first challenge might be to discover some dinosaur bones, trying to work out what they are and then reassembling a creature digitally. In another room, participants might investigate how the dinosaur died – or meet a digital dinosaur. “We could be looking at a small baby dinosaur walking around, and perhaps climbing up a table - and we would both see it from own perspective.”

MR, stresses Cassy, is very different from the pure digital world that is virtual reality – viewers can see the real world and digital assets at the same time. “All along the way, we will be merging those digital and physical worlds together. It will be interactive, with a strong narrative underpinning it. And it will be multisensory, so we will be stimulating senses such as smell, touch and possibly taste.”

”It is also fair to say we are at the very early stages of this market – almost at the stone age of this world” - John Cassy, Factory 42

This blending of the physical with the digital is the reason that the Almeida Theatre, one of the UK’s leading theatres, is such an important creative partner in the project.

The Almeida’s Dani Parr is the creative director of the project. “She’s not a technologist but is an amazing storyteller – she is used to creating immersive theatre worlds,” says Cassy, who explains that designing immersive experiences with the space of a theatre in mind rather than the rectangle of a screen is key.

The big question about this project is whether it can deliver on its promises. There has been an enormous amount of hype around immersive technology – which hasn’t quite lived up to expectations. 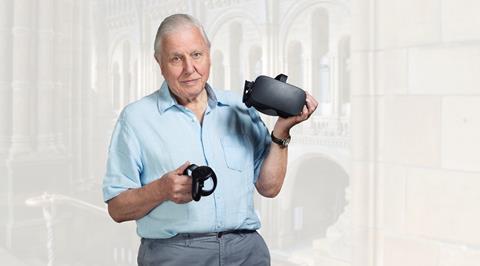 “There have been some brilliant experiences created in immersive. It is also fair to say we are at the very early stages of this market – almost at the stone age of this world. The tech is still emerging, but it is moving very quickly – and we have a very talented team on this.”

In all, there are up to 30 people working on this project day to day, with around 80 people involved in total – from museum curators to set builders.

They include technical lead Simon Benson, who ran the immersive technology group at Sony. One of the executive producers, meanwhile, is Andy Lanning – who as a comic book writer and illustrator co-authored Guardians of The Galaxy – and is now the executive creative director of Magic Leap.

Also involved is the game designer who designed Factory’s Hold the World with David Attenborough project, plus a lead programmer who worked at VFX house The Mill on films such as Harry Potter and The Hunger Games. An architect and a neuroscientist are also on the team.

Cassy hopes that by combining these different disciplines together, they can develop something truly immersive that audiences enjoy and learn from. “Immersive technology wouldn’t have got as far as it would without the engineers. But one of the challenges so far is that a lot of content is driven by technology rather than the story or audiences. We are very much about the story.”

The technology, though, should not be underplayed. The Magic Leap headsets will be key to the success of the projects.

“We will be working very closely with them,” says Cassy. “They are an investor in the project, and we will be getting access to some interesting new features as they emerge.”

However, Cassy stresses that this immersive project is one that, above all, seeks to marry technology and creativity: “This is a real-world thing that involves digital technology in a very clever way – it is not just a digital experience. It will be somewhere between being part of a theatre show, inside a game and doing something really challenging and fun with your friends.”