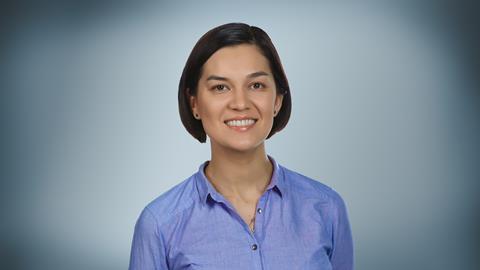 Tell us about multimedia agency Ruptly. What were the biggest challenges in building the Ruptly platform? What kind of content is most popular with Ruptly’s clients?

Ruptly is a leading global multimedia news agency serving 750+ clients, including media groups, broadcasters and online publishers all over the world; we gather and produce content from 150 countries across all continents.

In October, we are launching a new live platform that will service broadcasters, digital publishers with millions of viewers, as well as smaller portals and independent bloggers.

The platform will enable users to stream up to six simultaneous live events directly to social media, including lives in 360 degrees.

The main challenge was designing a system of delivery live video streams in 4k 360 through public internet from various points on the globe.

We succeeded in building a system that not only ensures reliability but also provides ease of use and affordability to all our clients.

We are able to deliver content through APIs to our clients’ newsfeeds on Facebook – the leader of online platforms in terms of audience engagement – and to other social media portals and CDNs.

With as little as three clicks, any editor or blogger can stream uninterrupted, high quality live video without the need for additional tools or a technical background. This is an evolution in the standard of content accessibility.

Popular content comes from a wide variety of locations across breaking news and light viral content which reverberates across broadcast networks and generates upward of 200+ million views online per month to our clients.

Hitting over 109 million views with the Mail Online Facebook page with a UGC video of a cat stranded on a highway in Russia and a Karate master being tested to the limit from China hit over 100 million views across the platforms of Unilad, Ladbible, Yahoo and AOL.

Our recent live event of the total solar eclipse generated nearly two million views direct to NTD Facebook page -this despite the fact that we were still alpha testing the live delivery platform, whilst coverage of the G20 summit in Hamburg, Germany earlier this year saw 66 different clients from over 30 countries take 750+ videos from our website alone, including top media entities such as NHK, CBS News, Aljazeera,The Sun, Express UK and many more.

The introduction of our 360 products in April of this year has also proved popular, as our clients search for new ways to engage audiences.

Clients across 20 countries have taken such exclusive high-octane videos like Russian fighter jets performing death-defying exploits for the first time ever in 360-degrees, hitting over 6 million views across partner platforms like Unilad Tech (their most pinned post of the day) and MailOnline.

We have also recently enjoyed success pioneering live 360 streaming to Facebook clients, with a stream of 3,000 boxers attempting a Guinness record in Moscow’s Red Square which was popular with clients from the UK, Asia and the USA. 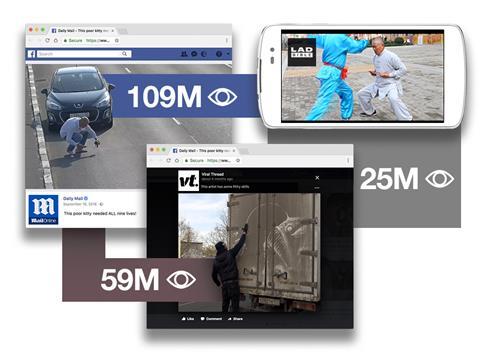 Ruptly content is viewed by millions on social media

How have the demands of your clients changed since Ruptly’s launch?

However, the largest changes we have seen in the video news market have been the need for clients to find new ways to monetise content as client newsroom production budgets have seen significant cuts, and the need to embrace a multi-platform brand strategy to connect to fragmented audiences.

This has presented Ruptly with significant opportunities to meet those demands in terms of both business models and content.

We have adopted flexible pricing models such as revenue sharing, social media partnerships with channels and mobile apps along with the availability of a la carte purchases of content via our Video on Demand platform Ruptly.tv

We see a demand for post-production products for news portals and newspaper websites, whose internal resources have been downsized, meaning Ruptly can provide a news package fully ready to air or stream out of the box.

As a content provider, Ruptly hybridizes its offering of both high quality original production of breaking news from global hotspots, rights cleared UGC, and a large volume of light news stories. This means we are primed to offer our global clientele a large array of content verticals on a daily basis, from breaking news to a viral news video to pull in traffic to their website or social media pages.

We also see a sharp rise in demand for hard and light news live events, as well as the embracing of 360-degree content to provide audiences with immersive experiences.

These two changes have been significant; as the news industry evolves online, so does the demand to tell news stories in different mediums.

As an agency, we must be able to cater for this demand. And we are!

Why did Ruptly decide to add 360-degree content? What were the challenges in adding immersive content to Ruptly’s offering?

Ruptly is committed to implementing the latest technology in media production and delivery. We were among the first agencies to start actively using drone footage for news coverage in February 2014 during the heavy Maidan clashes in Ukraine.

We use drones in our Syria coverage, providing bird-eye views of the devastated ancient cities, such as the exclusive images of Palmyra right after it was recaptured from IS in March this year.

The 360-degree video is a natural step forward for us and for our clients. Panoramic video has a big future in news and entertainment coverage, and this means that news agencies have to start working in this format today.

Following an increased demand for 360-degree video, we decided to adapt and update our platform. It took us under three months.

At the time we were also working on upgrading our live delivery solution. This inspired our choice of new technology to support live 360 video delivery to social media platforms – Facebook, YouTube and Periscope.

With the advent of 5G mobile internet and the switch to H265 video compression, 360 video streams will take on a completely new existence, and you can and should prepare for this today.

Where does Ruptly’s 360-degree content come from? What proportion is produced inhouse? Can you tell us how Ruptly approaches production of 360 content?

Ruptly is very proud that together with RT 360 we produce produce 100% of our panoramic video content in-house.

This year, we joined forces with our parent company, RT, in order to strengthen our production efforts.

RT filmed the first-ever panoramic view of Earth from the International Space Station, was the first-ever to install a 360 camera outside a fighter jet and continues to deliver ground-breaking 360 stories.

We have built a department that works exclusively with 360; with each video, they gained more experience, so editing took less and less time.

Now, we can upload a 360 video on the same day as the story breaks, with over 150 video already in our immersive library.

Along the way, we have developed a few crucial rules: find the right story, which is worth 360 and which will bring views to the client; get exclusive access to that story; figure out the right equipment for filming it.

Each rule is crucial: Not every story will work in 360, if you have a great event but you have limited access you will not have the ‘full presence’ effect, and with the wrong equipment you will lose time on editing or may jeopardize filming.

When you have all these three ingredients — you’ll achieve a good result.

Our goal now is to create more 360 live transmissions, which is even more complicated than producing and editing a story; more people are involved, more equipment needed but it is the future of this technology.

One of the challenges regularly identified with 360-degree content is monetization. How has Ruptly tackled the issue of monetisation?

In general monetisation across the news media industry is a challenge, but one which we have to embrace to tell new stories in new mediums. And 360-degree content is no different.

We have steadily offset this challenge by selling and promoting our 360 products across multiple markets, and platforms. This includes high value sales to advertising companies or brands looking for new ways to connect to their customers and steadily rolling out our 360 content to our global bank of 750 clients across 75 countries who subscribe, license or revenue share with our business.

We invest in new product lines to attract new businesses and make sure we are leading the way as an innovative Global Multimedia News Agency Brand.

How do you envisage Ruptly evolving over the next few years? Are there any other sectors or geographic areas you will expand into?

In terms of business, we embrace new platforms and the opportunities they bring.

The client base for a business like Ruptly is no longer restricted to big legacy media companies paying for newswires or video news subscription packages.

There is space to exploit our expanding archive as well as to embrace production of long formats, immersive 360 content and lives.

Ruptly will continue using the latest technology in production and delivery.

In regards to location, we are excited to be pushing heavily in all markets both in terms of business development and news gathering, but with a special focus on Latin America and Asia in the coming 12 months. 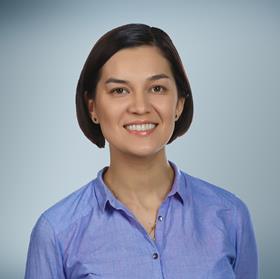 Dinara Toktosunova is a Russian TV news producer and media manager. Toktosunova began her career in television in 2005, when she joined the newly formed international, English-language TV news channel RT.

She has worked as a line producer, executive producer and later Deputy Head of News. Her insight and decision-making skills helped the channel secure three of its five Emmy nominations (2009, 2012, 2014) and a win at the Monte Carlo Television Festival (2013).

In 2017, Toktosunova joined Ruptly as the CEO of the global multimedia agency to further develop digital operations worldwide. Under her leadership, Ruptly added panoramic video format to its range of content offering, and developed an innovative live-streaming platform.

Ruptly"Ruptly is an award-winning international news agency that provides real-time and archive visual news content to all media, from broadcast networks large and small to online content providers, including broadcast, digital and mobile platforms."