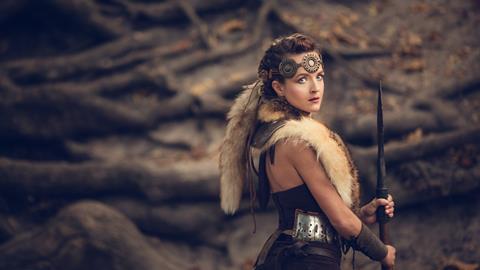 A drama commissioning club for telcos, Atrium launched nearly two years ago with great fanfare and a mission to help regional telcos compete with global streamers for high-end drama projects. Tim Dams checks in on Atrium’s progress so far.

It’s been nearly two years since Atrium TV – a drama commissioning club for telcos - was first announced to the world at MipTV in 2017. 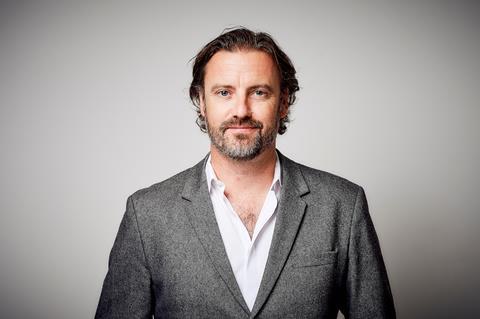 Then – and now – the premise of Atrium sounds simple and, for telcos, highly attractive.

A membership club made up of 15 regional telcos and OTT players, Atrium sources high-end, big budget drama projects with an average price of around US$5m an hour and shares them with club members, who can then decide if they wish to invest and licence the series for their territory.

Regional telcos and OTT players, he explains, can’t directly fund high end dramas like The Crown as they can’t amortise costs internationally as the global streamers do. “How do you drive subscribers if you can’t afford to put big names up on posters in the way Netflix can?,” says Halliwell.

Together they can, says Halliwell, “circle the wagons” and jointly fund big budget shows – at a cost that is appropriate to their local market.

Read more Telco and media M&A: What happens next?

“It wasn’t our assumption that most of our members would be telcos, but that is just the way it has worked out. They are getting into this space and thinking about content as a value proposition, and saying, ‘How can we compete with Netflix?’”

To do so, they could of course simply buy programming on the open market from leading distributors at markets like Mipcom and MipTV.

However Halliwell says the programming needs of telcos are more complex than that: “My view is that to compete with Netflix they need a bit of a blend. They need some hyper-local programming to make them relevant to their local subscriber base – and that is probably a commissioning job at local level. Then they need a volume of content to sustain the breadth of their offering – that probably comes from the international, open market. And then they need a number of absolute tentpole products – typically scripted drama products – to drive subscription in the first place.”

It’s the latter projects that Atrium intends to supply to its telco members, in the hope that such commissions can draw subscribers as originals like House of Cards did for Netflix.

The challenge facing Atrium, however, is not so much gathering members for the club – but actually getting shows off the ground. Drama takes a notoriously long time to bring to the screen, with lengthy development periods to create the script and secure the right talent and financing. Atrium’s club structure adds another level of difficulty as at least four or five members have to commit to financing a show if it is to move to greenlight.

To date, Atrium has pitched three slates of projects to members without any yet going into production.

To be fair, the shows are first pitched to members at a very early stage. A slate of six are pitched; members are presented with a series bible, a mood reel and a presentation from the writer.

The members are contacted a few weeks later to gauge interest in the projects. If there is enough interest in any of them, Atrium will invest in script development, a full series outline and start attaching talent to the project. Once this package is presented to members, it’s then time to start thinking about financing.

“It’s quite a long process,” says Halliwell. “Scripted product development is not for the impatient.”

From the first round of presentations to club members at Mipcom in 2017, two projects have gone forward for scripting and further development: an adaptation of Victor Hugo classic Quasimodo by Ashley Pharoah (Life on Mars) and moon-landing drama One Giant Leap from Stephen Kronish (24, The Kennedys).

Meanwhile four projects from the third round presented at Mipcom 2018 are going or have gone to script stage: a Cyrano de Bergerac adaptation set to star Joseph Fiennes; an adaptation of Hanif Kureishi’s The Body; espionage thriller Clara Vine; and supernatural thriller The Mexican Witch Hunt. 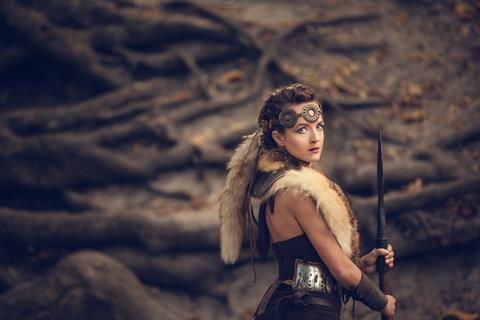 It’s an impressive, internationally orientated slate, with high profile showrunners attached – and all overtly aimed at getting big audiences.

“The question we ask ourselves a lot is, ‘What does the poster look like?’, says Halliwell. “If I’m asking a member to spend $1m per hour, how are they going to market that show, and get that return – and so what will their billboard look like? Is there a case for it driving subscription levels?”

Halliwell says Atrium is in the final stages of financing the first slate but thinks that one of the shows from the second or third round might make it to the greenlight first.

”The difficulty is that all of these are circa $5m per hour projects, which doesn’t require universal buy-in from members but does need four or five of them to step in.”

He adds Atrium finances the projects ex-US, so they can later be sold into the US to generate “genuine back-end positions for the producers.”

Key to attracting the telco partners and drama projects to Atrium are the names behind it: its chairman is Sir Howard Stringer, former chairman of Sony and former president of CBS, and it’s a subsidiary of highly regarded British distributor DRG, which itself is owned by Scandinavian media firm Nordic Entertainment Group.

Halliwell, who is also CEO of DRG, took over running the commissioning club following the departure of former Atrium CEO and DRG founder Jeremy Fox in September last year. 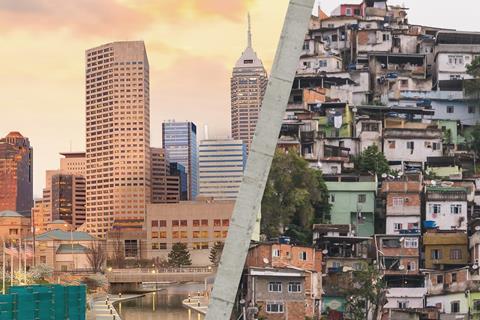 Future drama: Silo went forward from the second round, presented at the LA Screenings

Fox is a well-known figure in the international market. However, his departure, insists Halliwell, “hasn’t changed a huge amount” at Atrium.

Fox was on a five year earn out following the sale of DRG to Nordic Entertainment Group forbear NTG and has “decided to go and seek adventures new”, according to Halliwell.

“We have simply consolidated Atrium back into DRG from a management point of view. But the rest of the construction and team around Atrium is the same.”

The focus now, he adds, is getting the first projects fully financed and into production.

“We have 15 members who cover something like 80-100 markets, with 50m subscribers to their combined services. So there’s a pretty diverse range of editorial needs. I don’t think we ever envisaged that all projects would find favour among all members all of the time. It’s about finding the sweet spot of content, member requirements and the right time for these projects to go for.”