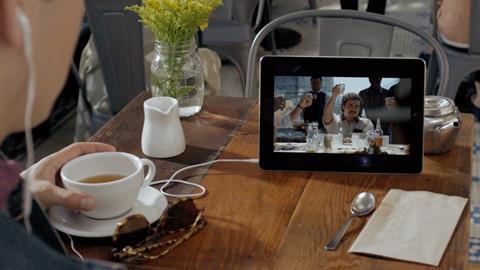 “It’s all over for TV, isn’t it?” A Producer/Director friend of mine said at the start of the summer. “The kids don’t watch TV anymore. Everyone’s on YouTube or Netflix or Facebook – or they soon will be. And then what?” 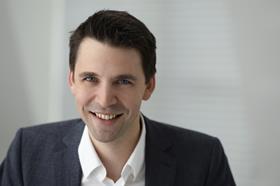 Setting aside the fact that a lot of people still watch live broadcast TV – even the kids, though the numbers are falling, the answer seemed clear to me: “Keep making content and telling stories; just make it for the new platforms. Trust me, they want it!”

TV – aka video – has become a key target for development and acquisition on social media platforms in the last few years, driven largely by these factors:

That hunger for video on social media is finally starting to pay out to its creators. And even if the returns aren’t currently the same as you might expect from a traditional broadcast commission – if there’s money at all, every piece of content you make and learn from now is going to set you up for when the money does arrive.

It’s fair to say that making money out of video online is difficult; out of social media video is a greater challenge. Previously, social media platforms such as YouTube, Facebook or Twitter played the audience-reach card and watched video content roll into their player frames for free.

Producers and broadcasters desperate for greater reach, impact, brand awareness and loyalty from a dispersing crowd flocked to upload (limited) content onto social platforms, with varying degrees of success.

These were largely marketing exercises, they would be free, unmonetised distributions of content with any ad revenue around this content going straight to the social media platform.

”The hunger for video to advertise against on social is insatiable.”

But that was never going to last.

While much of the video uploaded to social media remains rewarded only by a few metrics of reach, social media is starting to pay up for video, in a variety of ways. The exciting part is that these new media platforms are developing new distribution and revenue options all the time.

This is a fast-moving space and partnerships between content creators/owners and the social media platforms are vital in shaping these new opportunities.

YouTube has been offering revenue share of platform advertising in various guises for years now, and thanks to the platform’s content claiming system, a rights-holder with a decent TV show clipped-up and shared enough (to think we used to call it piracy…) can begin collecting a reasonable sum from their ‘unofficially syndicated’ archive with small effort.

But case-by-case ad revenue sharing seldom adds up to a fortune on original content for more than the luckiest few. Many of the successful YouTubers/Channels are making money on their sponsorship deals elicited from the promise of their viewer numbers rather than the views themselves. Even on the biggest online video platform, the path to sustainable revenue requires imagination.

In the great chase for video, Twitter took on social video monetisation with real-time broadcast clips pushed into Twitter with pre-roll advertising in what has been a continuously iterating package known as Amplify. Previously reserved for big media deals, Amplify now has an open market place for advertisers to bid to add their pre-roll to creators’ content on the Twitter platform, allowing a broader number of content owners to post their content to Twitter and land a sponsor that not only pays for their pre-roll but also promotes the content beyond organic reach using Twitter ads.

Twitter has also committed to an increasing number of live streaming deals, starting with Wimbledon content in 2016, the big deal saw NFL Thursday Night Football live stream through Twitter in an innovative new social viewing experience on the platform. Multiple TV broadcasters such as Sky Sports have climbed on-board, but more interesting developments are where the rights owners are dealing direct with the social media platform, rather than via a traditional broadcaster – as in the case of NFL, PGA, Wimbledon and IGN (streaming Comic Con) as well as esports tournaments.

Meanwhile Facebook is starting to pay producers real money to produce original content for the platform. While not exactly commissioning content, multiple broadcasters, celebrities and content creators were paid to produce content exclusively for Facebook’s live video platform: Facebook Live. A year of this approach since played out and apparently expired, now the social media behemoth is reportedly directing fresh millions at producers to create original scripted / pre-rec content for Facebook.

The way we’ve seen Netflix, Amazon and Hulu become commissioners of their own platform content, rather than relying on sweeping up and re-bundling previous broadcasters’ archives. Indeed this month Facebook announced the launch of its Watch experience to collect and present this original material. Producers can expect a 55% share of the ads revenue within the content - how much cash that delivers remains to be seen.

Snapchat too is commissioning original content (initially with A+E Networks) to create original content for their platform – maybe most interesting for forcing the production world into making vertical video optimised for the Snapchat mobile audience.

There will be more and more video deals on more and more social media platforms. The hunger for video to advertise against on social is insatiable. One can easily imagine Pinterest commissioning fashion and lifestyle-programming to draw in more regular users to its platform, or Tumblr going all-in to own fan-fiction films. It’s likely only a matter of time before LinkedIn starts commissioning Work Safety videos for its platform.

The point is that for producers and creators, TV isn’t dying: it’s TV in the place you’d expect it to be that has had its day. Content creators will find their commissioners and their audiences across an expanding ecosystem of non-traditional distribution/consumption platforms. Many of these partnerships and approaches will fail, adapt or evolve. Many will have to consider delivering to smaller but more engaged audiences that will support the niche content.

And while it’s common (and currently fair) for people to talk about the hard swap of analogue pounds for digital pennies, that’s part of the growth of the new system and its rewards. Twitter paid $10M for Thursday Night Football streaming rights in 2016; Amazon Prime Video took it from Twitter for a reported $50M in 2017. Do you see that content going to another platform for less in 2018?

In the same way, no one would have paid 220M Euros for a footballer in 2007. How much might Facebook be paying for Premier League rights in 2027?

Dan Biddle is a Digital and Social Media Strategist, delivering creative social and digital strategies and training for brands and broadcasters to optimise for mobile, social audiences.