The metaverse: Unpicking the potential for broadcasting

Speakers from backgrounds ranging from gaming, immersive content creation and BBC R&D were brought together at the Royal Television Society’s annual conference to discuss the growing trend in immersive technology and answer the big question: Is the metaverse the inevitable destiny of entertainment?

The emerging trend was summarised by the session’s chair Marc Cieslak, BBC Technology Correspondent: “If we think of the current version of the web as something we look at, the metaverse is the next version of the net, that we’re inside, experiencing as a 3D avatar. It doesn’t truly exist yet.”

Cieslak opened with a virtual persona of himself introducing the vast prospects that the metaverse offers, from creating virtual realms for pop concerts, fashion shows, sports, games, “and activities across genres and industries with financial incentives for businesses.” He also noted the data and insight possibilities that could be offered in this brave new world. 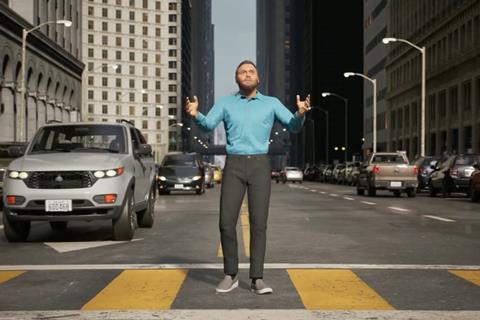 Vicki Dobbs Beck, who has developed storytelling technologies in mediums like augmented and virtual reality, revealed that Lucasfilm prefer to refer to the metaverse as, “the next generation of storytelling (with) a holistic creative vision.”

Jatin Aythora defined it as meaning virtual worlds: “The metaverse is one way of saying that we’re going to be operating on digital and internet platforms that provide interactions to interactions.”

Read more Down at The Metaverse Mall

Mundi Vondi added that the term ‘metaverse’ is divisive: “One element is interoperability, that you can take items from one experience to another, of course, that’s a huge a marketing opportunity. Another is the sheer amount of people connected in a single experience, the technology is finally enabling us to connect thousands, if not millions of people into a single universe that’s never been possible in the past.” 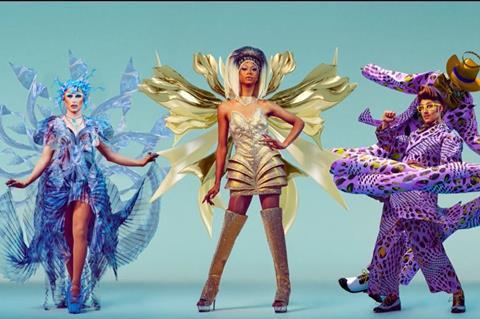 Vondi also pointed out that everything that is being developed in the metaverse now, has already been created in the gaming world, “I think we’re moving forward with basically a gaming space…So it’s an evolution of games.”

The themes that have already been seen in the metaverse according to Beck, are connected storytelling, immersive worlds, and a sense of community. She believes that the metaverse will allow us to step inside a story in a new and different way, “These are all new storytelling canvases.”

She advised anyone exploring what can be done with this space “to be willing to experiment because it’s like being at the beginning of television or the beginning of film. We were just learning what is fun, what is compelling, what has an emotional impact.”

The panel discussed how to balance content which is curated with giving the audience the experience of live immersion and interaction.

Aythora noted that building experiences around the audience by inviting user interactions with live broadcasting, hence bringing live events into an immersive experience, has worked previously with Strictly Come Dancing.

“That’s where we as the BBC are exploring what can we do to bridge that gap, because I don’t think that maturity exists in that space for us to bring that production, live event into these virtual worlds. But it certainly is of interest.”

He went to on to talk of the opportunities to build communities and create more interactions which are not possible through physical events.

Vondi talked of the sheer amount of content you need to produce as a game developer to feed a million people. He suggested that the metaverse will offer solutions by allowing users to produce the content themselves. “We have the ‘tool set’ to create experiences for one another. Everybody’s experience can be unique to them.” From overcrowded virtual worlds comes the need for user generated content: “Imagine a theme park and there’s a million people inside, all the rides are going to be crowded, there’s going to be a very long line. So how to solve that problem becomes a matter of how you get the users or the players to start producing the content itself?” 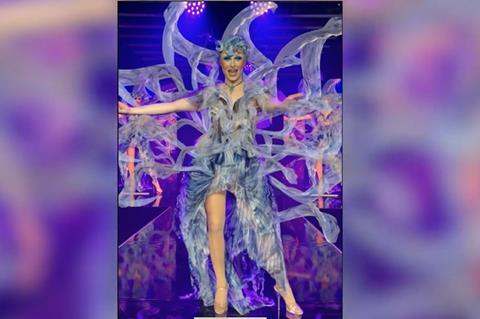 Mundi Vondi: The Metaverse allows users to produce the content themselves

Using social media as an example, he added that the tool kit that users are provided with is fundamental to the evolution of user generated content in creating these virtual experiences for each other, “It’s the users that fuel engagement that put content on… (Those) unpredictable and interesting emerging stories.”

Whilst Beck added that people still value stories told by master storytellers, and that the metaverse will allow the choice of both, offering versatility of who can create those worlds.

The future of business?

For the industry that is speculated to be worth eight trillion dollars, the panel discussed crypto-currency and how young people now value virtual goods as much as real ones, with the example of buying goods in the metaverse to create an experience.

To demonstrate the entrepreneurial opportunities of virtual worlds, Cieslak introduced Nwora Emenike, a fashion designer and his model for Queens of the Metaverse: The First Ever Mixed Reality Drag Show, where “real world drag queens wearing outfits that are enhanced by AR, exist physically and virtually.” 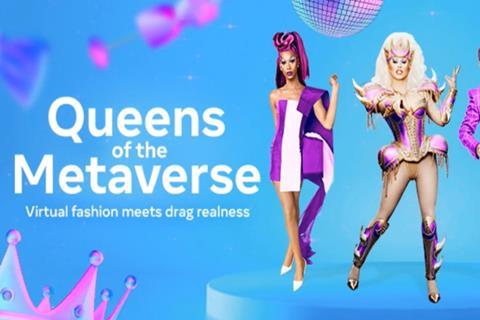 Cieslak invited the audience to scan a QR code to see how the model’s outfit would look in AR via their camera lens. Emenike discussed how brands can sponsor creatives and designers via these platforms: “The rules of physics no longer apply, there’s boundless space, you can design anything you want. You can represent people who are not normally showcased.”

“I don’t think we realise the amount of virtual goods that are already trading,” said Vondi, pointing out that a lot of goods are already virtual, and this transition won’t come as a shock to anyone: “Netflix is a virtual good, even though it’s done in a physical format in the first place. You’re paying for a digital product to download onto your TV - Spotify is the same.”

Of course, there are setbacks for broadcasters getting on board with the metaverse, one of those being tech maturity - Facebook is rumoured to have spent around $10 billion in Meta research, but how can indie studios finance similar ventures?

Another concern is ensuring that content is financially accessible to all. Jatin pointed out that from a consumer perspective, whilst the metaverse can help inject public value and new content into this new paradigm, there is a need for universality: “If these devices become quite cheap and accessible than absolutely yes, but as it stands it is not affordable for all to have these devices to experience these virtual worlds.”

Mundi emphasised the need to give the right tools to moderators to ensure they can self-regulate and police their own communities, referring to the “interesting developments that AI can pick up to track harassment and other safety concerns.”

The session concluded with speakers giving advice on anyone embarking on broadcasting in the metaverse: Have courage, be willing to take risks, create a strategy and don’t wait and observe. Most importantly be patient - expect it to take time, and lot of money to get there.

Read more The metaverse: More of a social revolution than a technical one?