Google and other tech giants targeted in “regulatory bias” 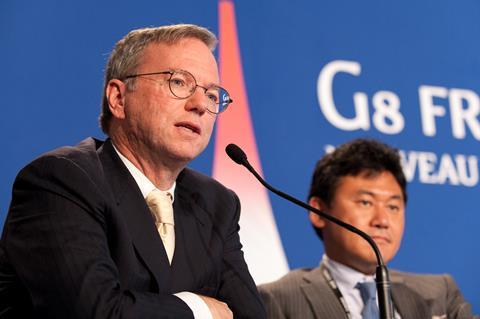 Calls to break up and dissolve the influence and power Google and other technology giants have “no basis in law” says Google’s Eric Schmidt.

According to former Google chairman and chief executive Eric Schmidt, enforced regulation over the tech giant would cause damage to its relationship with consumers, price rises and have widespread impact on transparency.

Schmidt said: “I don’t see a basis in law for a breakup. The various proposals for breaking up would [mean] prices increase, which would be a negative consumer harm for sure.”

In an interview with The Daily Telegraph, Schmidt said that regulators should consider the benefits offered to society by the likes of Google.

The European Union (EU) and US regulators have increasingly pushed to limit the power big technology companies have over consumers and information management.

Earlier this year, the French watchdog CNIL found Google was in violation of “transparency, information and consent”. The regulator fined the company £44 million in the first major fine under Europe’s strict global data protection regulation (GDPR), which was introduced in 2018.

In March, the European Union’s antitrust commission fined Google for its “abusive practices” in online advertising and its “illegal misuse” of its dominant market position. In total this year alone Google has been fined over £7 billion by the EU.

Schmidt added: “These platforms are enormously powerful, and they are free to consumers… I would be very careful about directly affecting the structure of the industry because the benefit of broad access to these platforms has brought innumerable benefits.”

He expressed concerns the “regulatory bias” European and US bodies were overhauling was damaging the competitiveness of the Western technology firms in favour of China.

He pointed to Chinese technology companies exploiting strict rules in the West to gain a big competitive advantage in the rollout of cutting-edge payment and financial services.

Schmidt served as CEO at Google from 2001 to 2011 and has been Alphabet’s (Google’s parent company) longest serving executive. He stepped down from his position as chairman last year and decided not to be re-elected to the board once his tenure ends this June. He will continue to work as technical advisor, the company announced.

Google’s market value is currently in excess of $820 billion, according to the Telegraph.

Sandberg pushed back on the calls for breaking up the social media company.

She said: “You could break us up, you could break other tech companies up, but you actually don’t address the underlying issues people are concerned about.”

Facebook and Google have been under the spotlight, however Sandberg said Chinese technology companies are also powerful and will not be broken up.

There are growing concerns around the security of the upcoming US election as well as content privacy and data portability.

Sandberg said: “We know at Facebook we have a real possibility to do better and earn back people’s trust.”

Facebook’s engineering and product teams now have their own safety and security functions focused on people’s privacy.

Sandberg noted that although Facebook’s pivot to privacy will impact its ability to target ads, the company does not expect a long-term impact on revenue.