After a majorly disrupted 2020, production in the UK looks to be well and truly back on track and Twickenham Studios, led by managing director Cara Sheppard, is keen capitalise. 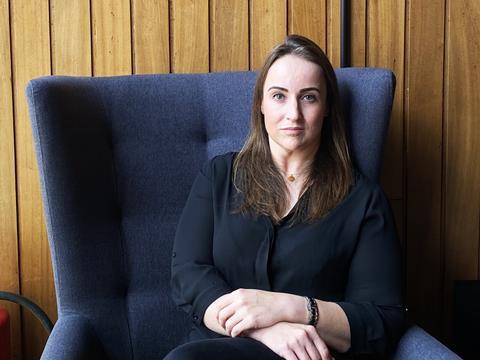 The Covid pandemic brought productions grinding to a halt from March to around July, resulting in a 21% drop in production spend on high end film and TV compared to a record high in 2019, according to the BFI. However, the year ended strongly and, according to Twickenham Film Studios managing director Cara Sheppard, there has never been such impetus to return to get shows made.

“I don’t think I’ve ever seen quite such a drive for green lighting and commissioning productions as I have right now,” says Sheppard. The result, as broadcasters deal with a backlog of productions and streamers look to continue assembling their own libraries of original content is a packed schedule for the rest of the year and beyond. “We’re actually taking pencils (tentative bookings) to the end of 2022 into 2023, and our stages are four and five pencils deep,” says Sheppard.

That level of demand is one of the reasons for the recent boom experienced by the UK studios sector; such is the level of interest in investing in and building new studio space that even during the height of the Covid pandemic, when cinemas were shut and productions mothballed, there was no let up in announcements about expansions, long term deals for studio space and new builds.

“There’s been a huge drive in the last few years with streaming content, and with Apple, Amazon and Netflix setting up home in the UK and in Europe they’re obviously looking at producing a lot more locally produced content. And there’s a huge drive from the high-end TV episodic market - we’re seeing a big surge there,” says Sheppard, who joined Twickenham in September last year.

The former Warner Bros De Lane Lea MD was recruited by Piers Read and Jeremy Rainbird, whose Creative District Improvement Company acquired Twickenham Studios in February last year. Twickenham is operated by subsidiary outfit Time + Space Studios which has an ambitious plan to build a network of film and TV studios in the UK. Other sites include Littlewoods in Liverpool and Ashford in Kent, but Twickenham is the first piece of the puzzle and the focus of a £15m investment programme.

For Sheppard, her appointment as MD of Twickenham means she has now gone “full circle”, having started her career in production. From her role as an assistant director she went on to work as a freelance post-production supervisor and then at Sky as senior manager of post production, including working on the broadcaster’s 3D output. While leading Warner Bros De Lane Lea, a Soho facility renowned for its high-end audio work, she helped launch a dailies service and a picture post division. 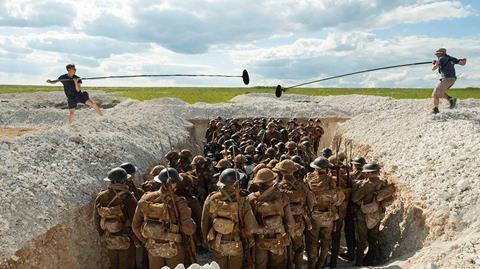 That breadth of experience will surely stand her in good stead at Twickenham, which in addition to its three stages totalling 15,100 sq ft has a raft of post facilities including two large theatrical dubbing theatres where features such as Bohemian Rhapsody and 1917 were mixed. It also includes a TV dubbing theatre and a Foley suite, along with picture post grading theatre, online suites and 40 dry hire offline suites.

With Twickenham Studios nestled in a mostly residential area of south west London, the investment work is about making better use of its existing footprint, and involves additions to the existing stages and the post-production sound and picture facilities. There are also plans to grow the Media Village, offering serviced offices and co-working facilities to those working in the tech, digital and creative industries.

Not surprisingly, the redevelopment - which is already underway with work taking place at the moment on the second dubbing stage - is top of her list of priorities. “It is a huge undertaking,” Sheppard says.

“Dealing with developers, architects and construction while we while we maintain studio operations is a huge, huge thing for us. We want to bring online more business units, so more areas of the services that we offer; more facilities, more services, more creatives, and just offering a better selection to our clients.”

Script to screen
As one of the oldest studios in the country (the studio was established 1913), Twickenham has a long and impressive list of credits, including features such as The Italian Job, An American Werewolf in London, A Hard Day’s Night and The Bourne Identity.

“It’s traditionally been a film studio here and of course we will maintain that, but we’re seeing more of a push with the streaming giants and a lot more high end TV, multi-episodic production, so we’re getting more enquiries than ever from those kinds of productions. 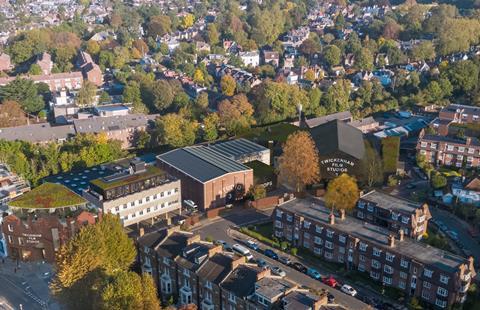 Sheppard describes filming under Covid restrictions as “very tricky”. Having closed in March last year, Twickenham reopened a few months later at the request of a large, unnamed production. The usual, expected protocols have been in place such as temperature checks, sanitisation, one way systems, staff working from home where they can and Covid supervisors on productions. But the challenge, Sheppard says, is more for productions who have seen schedules disrupted resulting in compressed schedules while also pressure to deliver.

Increased demand from episodic productions is one of the reasons for the focus on improving and upgrading the on-site facilities. “They have such tight deadlines, and while they’re cutting the first block they might be shooting the second block, so you might have your show runners and directors that are going between the grade to sound to stage to editorial.

”Being able to offer that in fairly close proximity is incredibly helpful to filmmakers. And I think that to be able to do that on the same site reduces the amount of travel time for creatives, and so makes it more operationally efficient for other productions. So we’ve seen a huge demand and people wanting to stay on the same site in order to complete their productions.”

Boosting diversity
The subject of gender diversity in the film and TV industry is an ongoing issues, across production and post-production. For Sheppard, it’s an issue which has been ever present during her career. “What we’re not going to do is change that overnight,” she says. One solution, she suggests, is to provide support and training in entry level positions, particularly in technical apprenticeships. “That will help to widen the net a little bit in terms of people we can attract into the industry, although it will take time.”

One thing she disagrees with is giving women preferential treatment, which she says can be a controversial view. “I’ve had a couple of disagreements with people but I think that’s potentially the worst thing we could do…we then run the risk of putting people in positions that they are not qualified for. I’m a huge supporter of women and people from minority backgrounds in order to build a diverse workforce and you have to give people the opportunity, but every time it has to be best candidate for the job, decided on merit, skills and ability.”

For those women entering the industry and aspiring to a leadership role, her advice is summed up as two “P’s”: be polite and persistent. “Don’t take ‘no’ for an answer and try and get your foot in the door any way you can, she says. “So many people stop the at the last step before success and it is hard, but that shouldn’t put you off. You really can do anything you want if you want it enough and if it wasn’t hard, everyone would be doing it – and where’s the fun in that?”