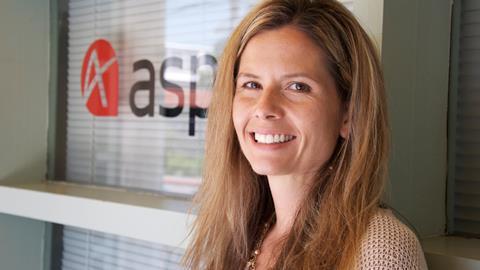 Michelle Munson is that very rare breed: CEO of a major company who not only understands the product, she actually invented it.

After completing engineering and physics degrees at Kansas State University she discovered the rapidly emerging internet, and clearly saw its potential.

She won a Fulbright Scholarship for a postgraduate diploma in computer science at Cambridge University, allowing her to investigate the possibilities.

With a partner she developed a powerful way to ensure all the available bandwidth of a connection is filled, thereby accelerating the transfer of large files. She called the technology fasp, and started a company to exploit it: Aspera.

’Interoperability in the supply chain is critical, and the companies that are leading the way have APIs that are open by design’

Aspera is now part of IBM but remains an independent operation with Munson as its President and CEO. A regular conference speaker at IBC, she is also now a member of the IBC Council, the global group of industry leaders which provides strategic guidance to the event.

“What we do at Aspera is technology,” she says. “File-based media is foremost for us: we stream content to enable workflows. And we do it over the public internet.”

How is the technology side of the industry driving the media community? “There is no need to set an agenda,” she says: “things are running ahead.”

The hot topic of the moment is the achievement of standards for IP connectivity.

“We have a slightly unique view, because our job is to transport the content, whatever is given us,” Munson says.

“Technology layers have to remain distinct, or you get locked in. But interoperability in the supply chain is critical, and the companies that are leading the way have APIs that are open by design.”

Asked for the key challenges facing the industry in the new, connected and converged world, Munson says: “I get asked, on a daily basis, what is it going to cost to move all my content to the cloud. And that is an impossible question. It is a big business challenge.

“How does the content stay secure end-to-end? That is probably the biggest issue.

“We are also at the point where the need to handle live video is intersecting with live data,” she adds.

“The convergence with analytics is something that was unexpected. We will see much more on big data and the way it impacts media.

“At Aspera we move bulk data. The drivers are the same for data as for media: you want bulk data delivered at a predictable rate.”

Security, open standards, big data and analytics: how does the industry realise the benefits of and face down the challenges?

“IBC is in the centre of one of the fastest growing industries,” Munson says. “Its big events are fantastic: they get everyone together.

“For our industry, it’s the best of all times – that’s the good news,” she says. “But it has to stay focused on the issues of the day.” 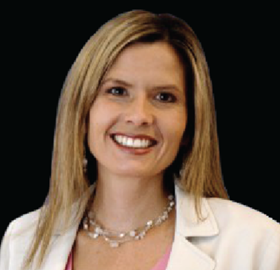 Michelle Munson is co-inventor of Aspera’s FASP transport technology and is responsible for overseeing the company’s direction in collaboration with co-founder Serban Simu.

Munson was a software engineer in research and start-up companies including the IBM Almaden Research center before founding Aspera in 2004.

She has dual B.Sc. degrees in Electrical Engineering and in Physics from Kansas State University and was a Goldwater Scholar for achievement in Science and Mathematics, and later a Fulbright Scholar at Cambridge University where she received a postgraduate Diploma in Computer Science.

Munson was the 2006 KSU College of Engineering Alumni Fellow (the youngest recipient ever), and has received national achievement awards from Glamour Magazine and USA Today.