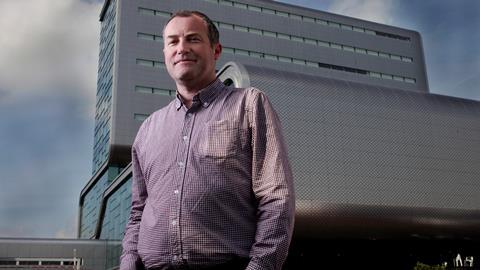 As Technology Manager for the recently integrated BBC Worldwide and BBC Studios, Andrew Dunne spoke before his IBC session about his love of Hybrid Log Gamma (HLG), the method developed by the BBC and NHK for delivering high dynamic range but made it clear that customer demand comes first. 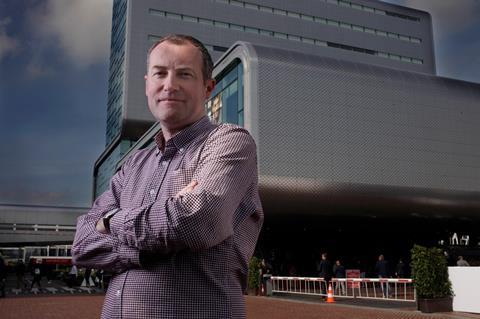 “My point of view is slightly different to the BBC service culture. Anything we deliver into the BBC will be an HLG master but for Blu-ray UHD we have to use either HDR10 or Dolby Vision, which has cost implications because it is slightly more expensive to create,” says Dunne.

“Generally, for discs we do not see there is a requirement to deploy Dolby Vision yet, but people like the VOD platforms may well require that we provide Dolby Vision because it is their HDR format of choice. Currently Netflix requires Dolby Vision metadata.

“We have to figure out a best way of delivering all these different variants,” he adds. “We may have a customer that does not want wide colour gamut or HDR, so we need to complement the HDR master we have with Rec. 709 standard dynamic range and normal colour gamut.”

The big IBC questions for Dunne were: what is required of production, how can storage work, and how should conversions be made from the highest, best quality master. And is HLG the truly good format, but people have forgotten it?

“I would tend to agree, but what is very interesting about HLG as opposed to all the PQ-based options is that they are all absolute levels,” said Dunne. “What happens if you have a display device that can extend well above your masters?”

He had in mind here a PQ decision that a pixel should be 200 candelas per square metre (200 nits), but jumped higher to make the key points.

“No. It has to be mapped into the display characteristics of the device. If it is a Dolby Vision device, that will have to work out how to map that pixel.

“HLG however is a relative system (down to every pixel). If you set a pixel at 10,000 candelas and a display cannot handle it, it automatically gets pulled back down,” he explains. “There is no hard clipping: HLG compresses all of the brightness range into all of the brightness range of the screen, and everything slots back nicely. This is the really big advantage of HLG, and because of that it works if you are viewing content in an environment where you have not got control.”

Dunne used as examples a viewer in a living room or using a mobile device on a train. He says: “You haven’t got control over your viewing environment so being able to dynamically map that brightness to the situation you are in has real advantages. With the PQ-based systems, that pixel has to be displayed whether you can see it or not.”

Colour confusion
A common sentiment is that the best consumer HDR experience is the one closest to how it was shot and then mastered, but this can only be true in controlled environments; also, we have to get rid of the grading of HDR standards like we grade cheddar cheese strengths.

“It is going to be constrained somewhere down the line from mastering. The consumer is not going to see this very high-end thing because it is going to be clipped and automatically remapped to the output of the display device,” says Dunne.

“As a consumer who has HDR capabilities including Dolby Vision, everything has to change because it does not work. The amount of faffing about on all of the different devices, trying to get them all to talk to each other and pass the relevant metadata up and down the chain does not work. It has been an absolute nightmare.

“Luckily, I am a consumer who knows what he is talking about, but for Joe Public it is a complete and utter mess - when high dynamic range is the big selling point for UHD devices! Having Samsung and HDR10+ added to the mix has just made it more confusing for consumers,” he adds.

HDR10+ has dynamic metadata and it is royalty free, and it has some big supporters, but Dunne does not buy all that.

“It sort of works but everyone else is going to have to do the development work to make their devices work with it. What we have tended to find with UHD Blu-ray is that HDR10 is absolutely fine. Consumers can tell the difference between standard dynamic range and HDR10,” he said.

HDR10 does not hit the mark as the single standard to support however. “For broadcasting, adopting a single standard with HLG works no matter what the viewing environment is,” Dunne says. “It is a single master that you can transmit, and it works in SDR and HDR environments.”

‘[HLG] being able to dynamically map that brightness to the situation you are in has real advantages. With the PQ-based systems, that pixel has to be displayed whether you can see it or not’

The best of both worlds
How close are we to an end-to-end workflow with HDR?

“It has improved, but certainly when we did Planet Earth 2 three years ago we had to have different grades done for all the different outputs because you couldn’t readily convert from one to the other. We did trials with the conversions and worked with BBC R&D to get task specific LUTs created. Now, more things have been created but I am not sure there is a fully end-to-end workflow yet. But we are close,” says Dunne.

With Sky announcing it will add HDR to its UHD outputs next year, Dunne feels that other companies will look at the cheaper option of continuing with HD.

“We may find HDR incorporated in HD resolutions, which is a perfectly valid part of the UHD 1 standard. The idea then would be that you would offer the standard HD resolution that consumers are used to receiving but add high dynamic range content. That is probably the best of both worlds,” says Dunne. “This would work for most people. Looking at viewing distances, you cannot see the extra pixels with UHD resolutions unless you are sitting right on top of the screen.”

With average TV set width of 42in across Europe, this would mean sitting 21 inches from the screen (half the width away). Meanwhile the big push behind HDR in production has moved on from the potent specular highlights to something subtler.

“The extra detail you can get from blacks and the wider colour gamut, that’s what really works,” says Dunne. “You can pick out the difference of HDR with wide colour gamut when you are miles away from the screen.

“I don’t think that for the average viewer there is a clear enough difference between the various HDR flavours, but in distribution the arguments for and against PQ and HLG remain key, and being able to convert between them, if you are able to do that. And where is the advantage of one over the other if you have to convert?” he concludes.