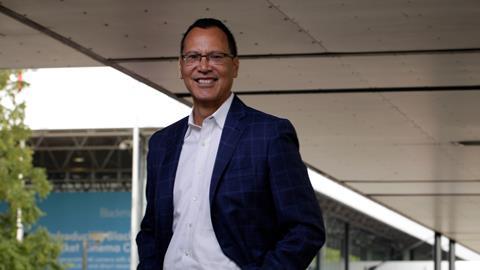 Ralph Rivera was a star in the IBC2018 Sports Track headliner ‘How Eurosport is driving digital to attract new audiences’, and like many people around the show his driving desire is to see broadcast and digital converge.

As Executive Vice President and Managing Director of Eurosport Digital, Ralph Rivera sees new audiences as being beyond what we are already getting on linear. 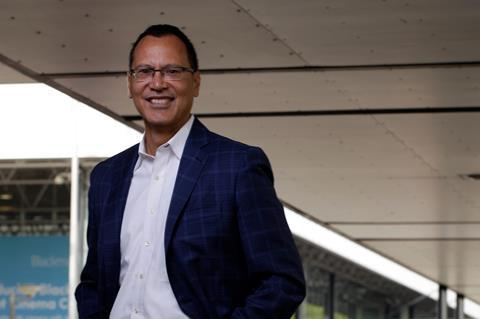 “It means providing fans with a different option for engaging their passion,” says Rivera. “In other cases, it is really for the super fans, and they are really our prime target.

“They are people who want it all but can only get a subset of what they desire via linear,” he adds. “So is that all the courts in week one of the US Open, which is what we just did, or the beginning to the very end of every stage in the Tour de France, which is the way we cover it online?”

This is a huge opportunity to track new audiences, but there must be problems.

“The people who know us and what we deliver come to get that experience. The challenge becomes: does everyone know who we are? From a brand marketing perspective and having people really understand the proposition we deliver, that takes time to build,” says Rivera.

The second big part is the business side. “It is pricing, packaging, marketing, subscriptions, acquisition, and going out through various channels,” says Rivera. “That is a significant challenge. We are doing this on the direct consumer basis, building up that capability within our organisation – the marketing capability and the customer services capability across all those languages – [it] is a significant undertaking.”

‘I am looking for that convergence point where it is all IP, end-to-end, glass-to-glass’

Money, money, money
Asked about monetisation plans for keeping fickle audiences that are not classified as super fans, Rivera says: “There are a couple of monetisation [factors].

“On the premium side obviously you get different offers and promotions. How do you keep people when a sport is off-season and you are showing a sport they are half interested in? You create pricing and packaging plans that make it advantageous to pay for the whole year, and not monthly,” he adds. “The other version is just saying ‘hey look, you just pay for an event’. In addition to having Eurosport Player we also have Eurosport.com which is a free ad-supported site.”

Different pillar sports
The Eurosport objective is to identify how it moves beyond the ad-supported and premium subscriber options, towards other mechanisms that may involve micro transactions and participation. 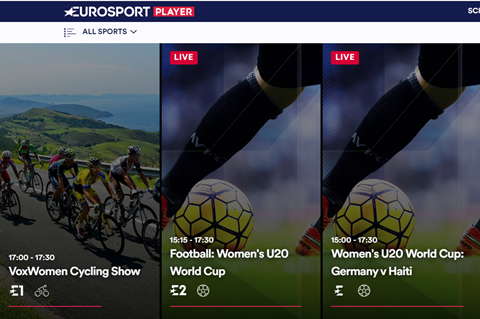 “Can we create other avenues of departmentalisation tied to participation? We have a commerce relationship now that sells merchandise to people who buy a lot of gear relevant to participation in a sport,” says Rivera.

Eurosport does not have a pillar sports structure in the way single country operators typically have.

The biggest success for Eurosport was its coverage of the PyeongChang Winter Olympics back in February.

“For us the mantra for what we delivered was the first digital Olympics across Europe. We delivered all the video live and on demand on all devices and did that in 48 countries and 24 languages,” says Rivera.

“I was at the BBC in 2012 when we were talking about the first digital Olympics but imagine taking that to the next level. It was huge,” he adds. “The things we take forward are the multiple languages. Imagine having multiple audio streams across each video stream, and then the data involved.”

Digital pioneer
Data exploitation in areas around every athlete, and real-time scheduling were the other factors that allowed Eurosport to celebrate its Winter Olympics achievement. All of its distribution is cloud-based (AWS and several CDNs), and Rivera has his eye set on cutting down on latency to enable digital and cloud-based systems to attain the same level traditional that broadcast systems measure out at.

“Digital still does not match broadcast for latency and that is a key technical challenge. On the business side subscriber acquisition and brand marketing are a challenge,” says Rivera. “It is still early days in terms of people choosing to consume sport via the internet. In digital we are still pioneering.”

He has his eye on opportunities and challenges; one example concerns the many people who ride Tour De France stages 24 hours behind the peloton.

“There is a lot of data which that generates alongside the video,” he says. “One of the experiences we delivered was getting information off the riders, so fans could see a journey map of a rider and things like velocity and the amount of power generated.”

“You can get to the point where all the aces by left-handed tennis players could be [collated] on a machine in seconds,” he says. “Left-handed players could watch the clips and pick up some techniques.”

Towards an all-IP future
Rivera was a computer science major at Columbia (1983) and started working life at IBM the same year. He spent a decade at AOL and saw the start of the Web revolution. Prior to Eurosport he was at the BBC.

He says: “My background is in digital. How can broadcast and digital converge - from signal, production and data perspectives – so that everything is just digital in one way or another?

“I was interested to see at IBC how fast the broadcast track is progressing towards an all-IP future. I am looking for that convergence point where it is all IP, end-to-end, glass-to-glass,” he adds.

One thing that might help accelerate the convergence he wants is 5G. “You quickly realise that the internet was not built for video, and especially not for broadcast video which is about getting the same thing to a lot of people at the same time. Some of these challenges should be addressed by 5G,” says Rivera. “The thing that is driving mobile broadband is not data but video consumption, so we are definitely looking forward to 5G.”

His big campaign is that desire to get the digital OTT environment to be as smooth as linear TV.

He says: “The never go black mantra in broadcast is still aspirational in OTT and digital, and that is just because there is so many different moving parts in the supply chain between production, and distribution down to someone’s device.

“It depends on the device configuration, the LAN and Wan, and the connectivity in a home or city, and that is a very disparate problem; the last mile for digital is still really hard,” he adds.