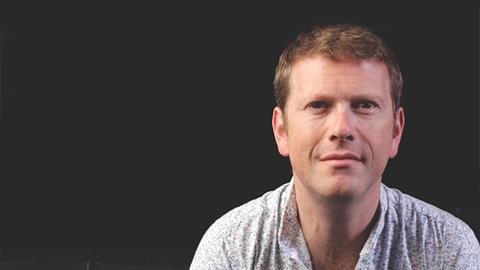 Positioning itself as a mainstream pay-TV offering means Now TV has some specific demands, but customer retention remains the biggest challenge.

Gidon Katz, the Managing Director of Sky-owned Now TV, spoke at the 2016 IBC Leaders’ Summit, in a session that covered the many flavours of OTT.

Katz was teamed on the panel with the heads of Mubi, Aspera, and Amazon Europe, so what did he get out of the session?

“The overall message was that OTT is just a distribution mechanism, a way of enabling a different segment of customers to access content in different ways,” he says.

“The technological innovation is triggering marketing innovation, and that marketing freedom is about targeting discrete groups of consumers with propositions that mean most to them.

“The pace of change has accelerated enormously”

“What Now TV is doing is targeting the ‘pay lite’ audience or the Freeview audience, introducing them to pay-TV content without the barriers of a contract and installation, and without the pricing barriers that have traditionally blocked people from getting pay-TV,” he adds.

“Sky and Now TV are leveraging OTT as a way to grow a market.”

Now TV is a subset of an extraordinary content library, so does not get involved in commissioning original content.

“Scripted drama is really the vogue,” said Katz. “We have access to incredible scripted drama from The Walking Dead to Westworld, to Game of Thrones, so we believe we punch our weight.”

Now TV has good connections to the independent sector via UKTV and C4. But how does it sit against Netflix?

“If they are marketing Jessica Jones essentially as a zero barrier entry point, and I am marketing Game of Thrones, we are both ploughing the same furrow,” says Katz.

Looking to the segmentation of the OTT market, does this suggest the competitors Katz knows at the high end will be the same ones in five years time?

“There will be strong competitors, both from studio-owned, direct-to-consumer initiatives, like Disney Life, and rival aggregation services. There will also be lots and lots of niche content offerings,” he says. “OTT reduces the barrier to entry, so there will be lots more competition.”

How does big data feature in the Katz plan?

“It is absolutely vital to us,” he reveals. “It is critical to get customers their content as quickly as possible, so our goal is to have segmented and eventually personalised screens. As a result we have spent millions on what we are calling a data lake.”

OTT does have problems, he admits. “The big challenge for all services is retention. If you have a no contract proposition, you do not retain customers as long as you do if you have a 12-month contract.

”You need to have the data that enables you to target all your different communication channels.”

When it comes to new technology, Now TV serves a mainstream audience – not early technology adopters – so Katz has specific demands.

“I am particularly interested in encoding technologies that enable me to deliver better picture quality and lower bit rates,” he explains.

“Buffering is one of the things holding OTT back. We have a huge amount of data that shows that buffering and pictures that crash or freeze are directly linked to retention issues.

”Looking at things that manage the CDM network, improve encoding and improve the bit rate adaption are vital, so too are hierarchical tools, ‘decisioning technologies’ that sit on our big data archive.

“The pace of change has accelerated enormously,” he adds. “I think the artist and the engineer have to get closer and closer. The power of small groups of entrepreneurs and people highly motivated to change the world is clearly increasing, and those people need that mix of creative people and technologists.”

Gidon joined Sky as the Director of Now TV in July 2013, and is responsible for all aspects of the business.

Since joining he has overseen the growth of Now TV, including the launch of the UK’s first no contract triple play bundle – the NowTV Combo - combining TV, broadband and calls as well as the brand’s own streaming device - the Now TV Smart Box.

He has also guided the team to expand its TV offering across all genres to sports, entertainment, movies and most recently kids.

Prior to Sky, he spent five years as Managing Director of Box TV, a joint venture between Bauer and Channel 4 and whilst there he launched 4music.

Before that he was at Virgin Media/NTL for nine years where his successes included launching the Virgin On Demand service and leading their content acquisition teams.

He holds a first class degree from Cambridge University and a Distinction in his MSc from The London School of Economics. Katz also has three daughters.