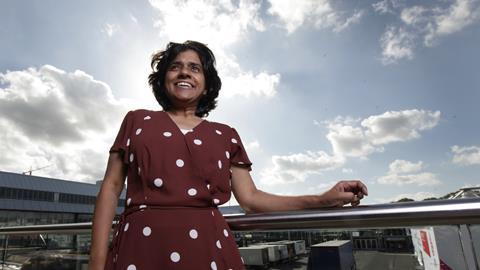 Soumya Sriraman has pushed the SVoD service BritBox to early success across North America. Now as the service owned by the BBC and ITV prepares to launch in its home market, she gives Chris Forrester some insight into how she meets the needs of subscribers. 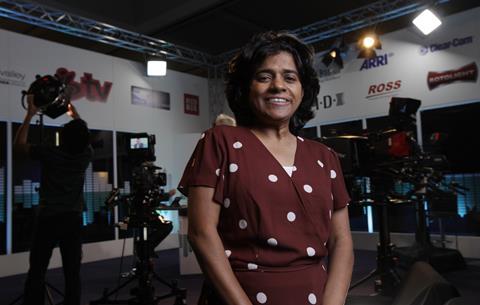 BritBox is making headlines in the UK following confirmation that it would launch a new streaming service for the UK later this autumn, some 12 months since media regulator Ofcom gave its permission for the service to go ahead. The SVoD service, owned by the BBC and ITV, has access priced at £5.99 per month

But BritBox is already live and in good health in North America. Launched in March 2017 it had achieved a subscriber base of some 250,000 in its first year, and that number doubled the following year and now tops 650,000.

Soumya Sriraman runs the operation from New York. She spoke at IBC’s Leaders’ Forum on September 12 talking about marketing direct to consumers. Also speaking during the day was Chris Whiteley of rival Netflix.

“I know Chris very well, from his time at the BBC,” says Sriraman, “But in our view the world is telling us that they do not want a service that provides everything for everybody. Instead they prefer to make choices. The new world of SVoD is about a world of choices but it’s also about the audience’s ability to say: ‘I choose’.

“We are finding a large demand for BBC and ITV output,” she continues. “We think we have the formula right and our performance up until now has shown that. We do not have to be a home for everybody, but we know that we have found a dedicated and loyal audience especially in the 45+ female segment; this is an audience which we are cultivating, and we are proud to call our own. The version that we have data for today is based on our North American activity in the US and Canada and we know that audience very well.”

“We think we have the formula right and our performance up until now has shown that.”

Sriraman says that her shareholders were delighted with the speedy rise of users to beyond 500,000. “Our latest number is in excess of 650,000 (as of July 25th) and it means that we are enjoying a very appealing growth over the past year or so. Obviously, the sky is the limit as to our target but certainly our first figure would be the one million mark. As to how we approach it internally and to our partners, the sky really is the limit, and this reflects the shows that we are bringing to the market and the strategy that we are employing.

“We think this is already resonating with viewers and our audience in general. Key to our success is that we have a very low churn rate. Balanced against that is a very high engagement from our subscribing viewers. I cannot tell you what our confidential internal target numbers are, but I can tell you that we are headed definitely in the right direction.”

BritBox’s viewers in North America seem to appreciate the quality and breadth that the service offers, and which is available in a typical mosaic of choices, or selected on a conventional schedule. The recent addition of BritBox as an app on Amazon Prime and the earlier deal for Roku-based services can only help with overall awareness. For Amazon and Roku, viewers enjoy a seven-day free trial, and then BritBox is $6.99 (€6.52) per month and gives subscribers access to thousands of hours of programming and what Roku says is the most comprehensive collection of British television… ever. It features US premieres of highly sought-after shows and a ‘Now’ category, which serves up British soaps and other programmes as soon as 24-hours after UK broadcast, or sooner.

That ‘Now’ category is proving to be very appealing. Knowing that the very latest episode of a popular series is available on a ‘same day’ basis is a strong part of the offering in North America, especially if the show is time-sensitive as happened on a recent telecast from the Edinburgh Festival, and the promised ‘Gavin & Stacey Christmas Special’.

Coming soon
Sriraman announced the new programming offerings at BritBox’s Television Critics Association presentation in the US, which featured sessions on its original Scottish thriller ‘The Victim’ starring Kelly Macdonald, as well as ‘Father Brown’ and the highly popular Lesley Manville – and BAFTA-winning - series ‘Mum’.

Sriraman says that on one weekend where ‘Father Brown’ was promoted it succeeded “gangbusters” and was a wonderful surprise. “There are plenty of times when you know you have a top show and it works absolutely as expected but there are other times when, unexpectedly, a show performs extraordinarily well, and it means that our viewers are making extra time available to follow a series or to watch a show.”

“What we’ve done is to create a brand that stands for what is the best of British. An audience that responds to that will find a home within our brand. The success we have achieved in North America will, I believe, resonate worldwide.”

“We like to think we have a well-oiled marketing acquisition engine that combines the best of digital, which marries with the standard marketing of SVoD and we know our team in the US do a fantastic job in getting the message to the market. We use digital media as well as TV media for advertising and we know that this works and converts people,” adds Sriraman.

“One recent weekend the New York Times in their ‘What to Watch’ segment referenced three of our shows, which we think is a record. It absolutely warms my heart to know that reviewers appreciate what we are offering.”

The New York Times coverage represents the sort of PR that money cannot buy, but Sriraman has other tools at her disposal. “We are very focused on content (of course), but also on how technology can play its part in the discovery of content and in particular how SVoD becomes a relevant part of these options for viewers. We like to think that we have a community of viewers and we are marching forward with those viewers, expanding their horizon through our choices.”

“The success we have achieved in North America will, I believe, resonate worldwide.”

But there’s also a degree of viewer education involved. “For example, when we launched ‘Would I Lie to You?’ we had to treat it cautiously because it was a new idea, a new concept for American and Canadian viewers as a very different type of panel show. It’s wonderful at the end of the day to know that the New York Times found it worth watching.

“We talk a lot about all our shows, [and we know] that they have to be entertaining and engaging and relevant, and about how you bring all three elements together into the way you programme and build your schedule.”

Cash from her ‘sister’ company BBC America is frequently available for investment in suitable original programming, and this echoes Lord Tony Hall’s comments at the launch of the UK version of BritBox.

“The world of content production and co-production and joint ventures is ever more complex,” she adds. “We think at BritBox we have the right connections and this includes distributors, commissioners of programming and broadcasters and we have a seat at those tables. It means that every deal is unique, but we have the flexibility to make a deal if the show is relevant. This is the new world that we live in, where a 10% or 20% investment by BBC America can make the difference in whether a show is made or not.”

She declined to be specific as to what other digital search/availability tools are likely to be available, and it is clear that seeing the BritBox app on as many ‘smart’ TVs is high on her agenda.

As to expansion, perhaps to Australia, New Zealand, India or beyond and Sriraman is coy. “There are definitely conversations happening internally, but you will not be surprised to hear me say ‘no comment’ on those. There is nothing that would make sense for me to talk about at this time, but we are deeply involved with the teams from all of those key overseas markets.”