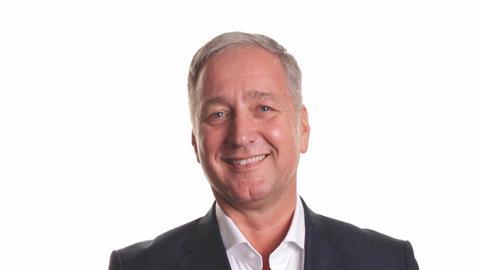 Peter Kerckhoff: Understanding the needs and opportunities of media and telcos

Operating across the worlds of telecoms and media, Deutsche Telekom’s Kerckhoff believes he understands the challenges and opportunities faced by both markets.

Peter Kerckhoff straddles the two worlds of telecoms and media in his role as Vice President of content at Deutsche Telekom, and is very much at home in both sectors as they increasingly converge.

“I essentially have a hybrid role,” observes Kerckhoff. “I have always crossed the borders between media and telcos; that’s where I currently move. I feel very familiar with the needs and growth paths of both industries.”

Before joining Deutsche Telekom in 2002, he developed a thorough understanding of the media world through his role as Project Manager for Digital TV and Co-lead for Business TV at the Luxembourg-based RTL Group.

As he made clear to the IBC2016 Conference audience, he has been able to bring those experiences to the German telco, where he is now in charge of various content and media-related growth businesses.

Today he heads the strategic management of more than 350 content and media partnerships at Deutsche Telekom, which in turn has become a leading aggregator of content services.

“We try to deal with the best content partners available,” says Kerckhoff, adding that Deutsche Telekom is not yet a content producer itself, and it currently has no plans to become one. At least, not yet.

“I would say we have no fixed plans but I can see the point of time when we have to make a decision on that,” he admits, noting that such a decision would have to be made in the next one to two years.

“It’s not about copying Netflix, for example,” he adds. The emphasis would be placed on finding a product or service that is suitable for a particular region or market.

The challenge for now is to identify those content partners that have the best chance of success. That is certainly not something that is always easy to predict, and ultimately Deutsche Telekom believes that there will only be room for a few very large players in future.

For now, the German telco welcomes everyone, claims Kerckhoff. “[However] we need to have a slice of the cake,” he adds, referring to the ongoing discussion about how content providers and telecoms operators should manage and share the cost of content distribution.

Deutsche Telekom also keeps an eye on the value chains of the top 10 to 20 telcos and cable operators globally, in order to track their content strategies, and how they will mesh those with their communications business.

Kerckhoff says the German telco might not necessarily follow the path of Liberty Global, which has invested more money in TV and film production, but he certainly does not want to rule out anything at this time.

The VP reveals he was learning more at IBC about the perspectives of international telcos, finding out whether they have already become a hybrid telco and media business, or if they are moving in that direction.

“How will they analyse and manage the convergence of media and telecoms? There is no golden route to follow,” says Kerckhoff. “I hope to learn from others.” 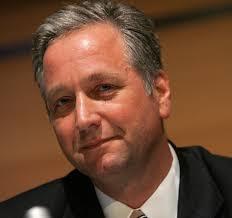 Peter Kerckhoff holds a master’s degree from University of Cologne and an MBA from Columbia Business School.

He started his professional career at Boston Consulting Group before moving to RTL Group as Project Manager Digital TV and Co-Lead Business TV.

In 2002 Peter Kerckhoff joined Deutsche Telekom AG, where since then he has been in charge for various content and media-related growth businesses. His responsibilities included Telekom’s own T-Online portal, various download stores, rights acquisition and e-commerce.

Today Peter’s main role as VP Content is the strategic and functional management of all media and content partnerships at Telekom Deutschland.