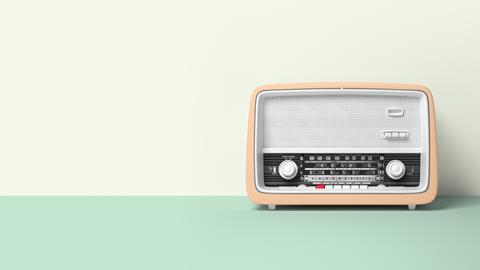 The robustness of radio

The rapid and turbulent changes in the media landscape in recent years have fundamentally changed online and television, but radio listening appears to be in rude health.

That’s not to deny that there has been some modest decline in listening by young people, and increased completion from music streaming services such as Spotify, on-demand and catch up radio and podcasts. 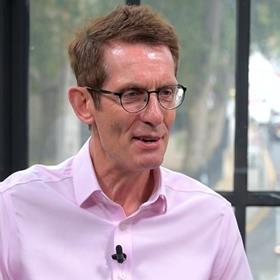 It is hard not to bump into someone listening to audio on headphones as you get on the bus or train to work, and data from the UK indicates that over the last two years total hours spent listening to audio has gone up by 9% with linear scheduled radio still accounting for 74% of the total.

The rapid availability of high speed internet and cheap digital storage has disrupted the free and pay television businesses forcing them to adapt.

The ingenuity of Ted Sarandos, who saw the business risk that a postal DVD business presented, that Netflix then was, and his ability to transform it into a digital on-demand video service, has been rewarded with 150 million paying customers worldwide. Netflix now spends more on content than any other Hollywood studio or broadcaster in the world.

“In a world of disruption, and change why has radio withstood the television, internet and digital revolution so well?”

Netflix hasn’t gone into radio but Apple, another US behemoth has, and Beats, its radio service has poached DJ talent and production staff from broadcasters across Europe and the US. So far internet radio is still a minority taste, attracting a small percentage of total audio listening, although in Europe growing rapidly.

A bigger challenge for radio has been on line video and streaming music services. The latter now accounts for up to 10% of audio listening in Europe and Asia and a higher percentage amongst 15-24s.

Radio stations targeting younger listeners have all struggled with audience loss and have deployed various digital strategies to attempt to cope. Many youth stations have launched YouTube channels and most have active social media engagement strategies.

Amongst children YouTube is immensely popular because kids are freed from needing to seize control of the TV remote from adults and can catch watch online video for free on their tablets or mobile phones.

So compared to 20 or 50 years ago, although listening may now be via an app on a mobile, or streamed to a PC or on digital radio, and is much less tied to the transistor radio in the kitchen or bedroom clock radio, listening numbers and hours are no less strong.

This prompts the question why? In a world of disruption, and change why has radio withstood the television, internet and digital revolution so well?

Part of the answer lies in the nature of the medium. Radio listening is something you can do whilst doing something else, be that driving, working, or relaxing. The fact that it doesn’t require a screen gives it an edge. Perhaps even more important is its intimacy. Most radio listening is done alone, making it a very personal medium. In research listeners describe how they form strong emotional relationships with hosts and presenters and even come to regard them as members of the family. As one listener claimed in BBC research “you invite this person into your home on a regular basis”. It is not surprising then that radio is the most trusted medium for national news.

This makes radio a very significant force in helping to deliver active and informed citizenship and to supply accurate, impartial and objective news and current affairs reporting. Both the public service and commercial radio sectors take this obligation, and responsibility seriously, and the high level of trust accorded to most radio stations is a strong indicator that radio plays a major role in delivering such dialogue.

One of the drivers of lack of tolerance in society is lack of information. Most of the conflict in the world is ultimately a consequence of lack of tolerance, be it for reasons of diversity, fear, ignorance or propaganda. Radio has a self interest in fostering tolerance, and thereby peace because that is what listeners want, and therefore it makes sense from both a business point of view (commercial radio) and in delivering civic duty (public radio). And both sectors want to retain and maximise audience size.

There are exceptions, though, and outside journalist-delivered news and features and documentary programming, some stations use phone-ins as a staple of their content.

In the UK, LBC - once a London-only service, now national - has hired controversial and opinionated politicians as hosts, which have proven to be successful in audience terms. It is a subject of debate whether they have shone any light or merely delivered a lot of heat.

Advocates would argue that the callers act as a self regulatory mechanism to balance partisan comments from the hosts, but others would say that the result is just ill-informed shouting and nay saying without any meaningful debate.

Ultimately, I believe that it has to be positive to get people having a dialogue about important issues and hopefully the listeners will make a considered and rationale judgement of their own from what they have heard.

Radio also does a huge amount to promote dialogue, tolerance and peace through its social action and charity programming.

In the UK, Global Radio’s “Make Some Noise” and Bauer Media’s “Cash for Kids” have raised tens of millions of GBP for disadvantaged children, young people and their families. Bauer also devotes significant resource to its mental health campaigns “Where’s Your Head At” and the BBC runs social campaigns across its networks and local radio stations.

No one can predict the future. The accelerating rate of change makes forecasting a precarious business. Podcasting is growing and seems to be adding to the audio mix rather than cannibalising radio, and whilst there will be a continuing shift to on-demand listening there is no evidence that audio overall is in decline.

If audio can hang onto its unique features and retain its high listener trust, then its contribution to society will continue to be significant.