Speed, mobility and scale, what role for IT as Media moves faster than ever 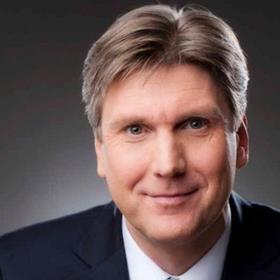 For the media and entertainment industry, we see two major trends coinciding now. And this is finally a reality after many years of talking about it.

On the one side, more and more content is consumed ‘on-the-go’.

Media goes mobile is not only happening to the younger generation or millennials but also to the generation of the baby boomers I belong to.

Second, processing speeds have been picking up and the introduction of fiber as an efficient transport media have enabled the industry to adopt file-based and is now entering live production.

This will further increase the merge of broadcast and IT.

4K adoption is moving beyond feature film and I would not be surprised to see the first major sports events being produced regularly in native 4K within the next one or two years.

IT production capacities are moving from the core to the edge encompassing all components which in the past were exclusively SDI.

One of the main advantages of SDI used to be its plug and play compatibility.

Many format variants and the increasing complexity of embedded audio have reduced the simplicity of the connection.

Not to mention the different version of single and dual link solutions.

In effect, this has made IP or IT based infrastructure far more attractive. I would expect IT to enter mainstream even in live production environments.

This is turning the invest into a long term item with considerations for total cost of ownership (TCO), whether the infrastructure is future proof and specifying a system that meets high bandwidth low latency requirements as well as long distance access between sites or even cities.

This has created a high performance segment of KVM solutions supporting multiple technologies such as KVM over IP and also dedicated solutions with very low latency and high bandwidth supporting 4K.

Additionally, the increase in accumulated data from various systems simply requires larger video walls to condense data to information and display it effectively.