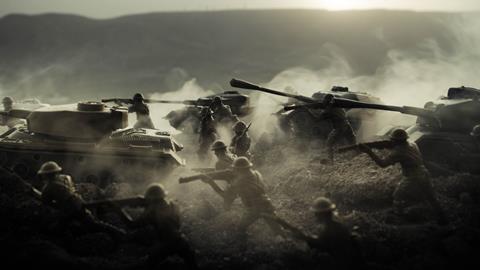 The world of codecs will be one of the big talking points at IBC this month, as the industry weighs up a raft of new, more efficient video compression techniques like AV1, VVC and XVC.

Rising consumption of more immersive video content with higher resolutions has pressured the industry into innovating ever more efficient video compression techniques. Entering IBC2018, the outcome is far from certain with a number of competing technologies vying for attention.

Ken McCann, a Strategist at consultancy Zetacast, says the industry is experiencing a “once-in-a-decade” event caused by a major new family of video compression standards from MPEG and the ITU-T Study Group 16’s VCEG (Video Coding Experts Group) combined with the undermining of current MPEG standard HEVC by some of its own patent holders.

Analyst Ben Keen points to “a fascinating set of dynamics” playing out in the story of traditional codecs versus potentially disruptive alternatives. “It is a microcosm of the broader dynamic across the industry that sees traditional broadcasters grapple with the threat of global tech giants,” he says.

Compression has always been essential to digital video but what was at one time a relatively stable playing field engaged in by a few vendors has broken out of its niche. The codec battle has grabbed attention.

Regardless of the distribution channel, the cost for distributing video content is a major factor on the bottom line for most large video service providers as well as for infrastructure providers.

In many cases the quality of the compressed video has to be compromised in order to maintain a cost-efficient service and sometimes the video quality drops down to unacceptable levels just because of a bad network connection. Identifying a codec which could be deployed to improve quality and/or reduce costs is of interest for anyone in the media service and distribution business.

Recap before a look forward
The market today is dominated by the AVC/H.264 codec - a 15-year-old codec which is unable to keep up with modern alternatives in terms of performance but which is still very popular due to its widespread decoder support and well-functioning licensing situation.

There are (and have been for some time) several alternative codecs that provide significantly better performance than AVC/H.264 but the market is waiting for a candidate which ticks the boxes of high compression efficiency, reasonable encoder complexity, a functioning licensing scheme and broad decoder support.

The High Efficiency Video Coding (HEVC) standard was supposed to be the next in line and was last year backed by Apple but its position has stuttered under licencing cost issues and is now being challenged by rival codecs which promise better performance, or royalty free usage, or both. 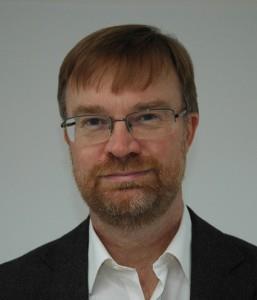 “Some five years after the HEVC standard was completed, it is still impossible to determine the total cost of licensing standard-essential HEVC patents without signing multiple NDAs and expending considerable effort in commercial negotiations,” says McCann. “This has rendered HEVC ill-suited to the needs of certain key market segments, such as video streaming applications.”

HEVC’s multiple patent holders chose to wait until after the technology had become accepted before declaring their patent rights and what the costs for use would be. In addition, the licensing environment is complex, with three patent pools, including one which has not made its terms public. It is further fragmented by several individual HEVC IP holders that are not members of any of pool and which generally have not published their licensing terms.

The recent announcement by HEVC Advance that it would no longer seek royalty fees for non-physical HEVC content distribution, including broadcasting and streaming, is certainly a welcome step. However, according to McCann the biggest concern with HEVC is that the total licensing cost is very difficult to determine, “hence it is difficult for a potential adopter to create an accurate business model.”

The damage may even undermine efforts by MPEG or any other codec developer to convince the industry of its value.

“The experience with HEVC has caused many segments of the potential user community to doubt whether some holders of essential patents will declare reasonable licensing terms in a timely manner,” reports McCann.

The great pretender
Into the breach have arrived a number of competing technologies the most notable of which is AV1. This is a royalty-free AV1 specification built on Google’s VP9 codec by the Alliance for Open Media (AOMedia) of which BBC R&D is a member. The spec was finalised in June and a number of implementations are expected at IBC including from Bitmovin and a prototype encoder running in Amazon cloud from Socionext.

There is still an unfortunate shortage of well-conducted, neutral comparisons of the compression efficiency of AV1 and HEVC. Some studies by enthusiasts of HEVC have suggested that it performs about 30% better than AV1. Others, by supporters of AV1, have suggested that it outperforms HEVC by about 40%. A reasonable conclusion is that they are roughly comparable in compression efficiency.

“It is worth noting that AV1 requires a significantly more complex encoder to achieve this performance, so its use is likely to be restricted to non-realtime applications,” says McCann. “Its attractive feature is that it is royalty-free, but this claim has yet to be tested in court.”

In a paper to be published at IBC2018, BBC R&D (researchers Marta Mrak and Andre Seixas Dias) will reveal results that suggest, both objectively and subjectively, that HEVC and AV1 are similar but that VCC seemed to outperform both by approximately 30%.

The ITU expects VVC to enable the delivery of UHD services at bit rates that today are used to carry HDTV. VVC would also enable twice as much video content to be stored on a server or sent through a streaming service.

But it’s at least two years from even being prototyped.

The young upstart
Another newcomer is from Swedish developer Divideon. Its XVC codec is derived from HEVC and VCEG but with a twist. It is being pitched between the two extremes of HEVC and AV1 where HEVC represents the “use the best technology regardless of cost and patent situation” approach and where AV1 represents the “use only technology available under royalty free terms,” according to Co-founder and CEO Jonatan Samuelsson. 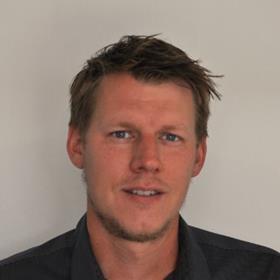 “The XVC codec represents the ‘use only technology available under a single reasonable license’ approach,” he says.

With such a layout in mind you would imagine HEVC to be better performing than XVC, but HEVC was finalized in early 2013 while the latest version of XVC (2.0) was released in July. Samuelsson claims XVC outperforms HEVC by around 20% and AV1 by around 10%.

It a software-defined and royalty-bearing codec, but claims to offer licensees a one-stop shop that covers all necessary rights for creating and using XVC compatible implementations. That’s because Divideon has constructed the technology in such a way that different tools and even individual processing steps can be isolated from each other.

“If we run into a situation where we are unable to reach an agreement with a third party patent holder or if one of our customers run into problems with a ‘patent troll’ we can quickly disable the tool in question and thereby avoid infringing that patent,” explains Samuelsson.

Another final difference is that the XVC codec comes with a decoder included directly with the reference software. Theoretically this means it’s possible to start deploying XVC on a wide variety of platforms with no need to wait for specific hardware decoders to be developed and then be built in to devices and then get widely deployed in the market - a process which takes several years.

While the XVC codec might prove a good option for applications where the decoding can be run in software, such as streaming applications to mobile, for use cases with high bitrates and high resolutions, a hardware decoder offers a more energy efficient alternative.

IBC launch for Media Coding Industry Forum
By all accounts the technical work on VVC has begun well but the commercial environment for VVC is more uncertain. When the VVC standard is completed in 2020 it will face a video compression market that that is more complex, confused and cautious than that experienced by the three previous generations of MPEG/VCEG standards: MPEG-2, H.264/AVC and HEVC.

The desire to improve its commercial prospects, by reassuring potential users that the mistakes of HEVC will not be repeated, has led several industry players to get together and form the Media Coding Industry Forum (MC-IF).

It intends to provide a forum where members from different areas of the video compression ecosystem can meet to discuss and resolve a broad range of potential barriers to deployment, including those that are beyond the scope of formal standardisation bodies.

The work of MC‑IF aims to be complementary to that of the standardisation bodies themselves and it is likely to include some consideration of licensing issues. MC-IF will be announced during IBC, with an MC-IF launch event in Amsterdam on September 16.

“If potential early adopters of VVC fear that excessive royalty demands may be made by some holders of standard essential patents years after the standard is completed, then they will delay launching products or services until the licence terms have been clarified,” suggests McCann. “This would significantly delay the launch date for these new applications.”

That would dent the industry’s rocketing momentum toward several future video services, such as 8K UHD and 360-degree omnidirectional video.