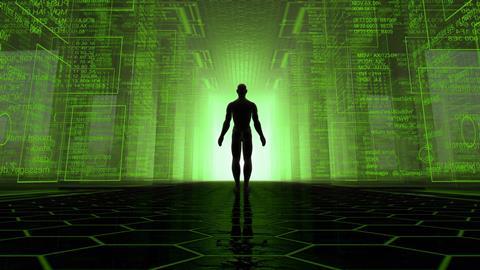 The online, virtual world holds great promise for the expansion of enterprise and the human experience, says Amelia Kallman. 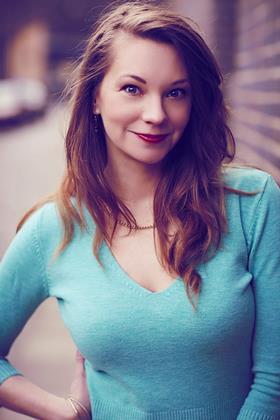 ‘Metaverse’ is a portmanteau of ‘meta’ and ‘universe’, meaning ‘beyond universe’.

It refers to an online, virtual, 3D, infinite shared space where the boundaries of human identity and the future of relationships and communication are being pushed.

With platforms like the recently revived AltspaceVR, Facebook Spaces, and vTime giving people the opportunity to be whoever they want to be, and the upcoming release of the most affordable headsets yet, the metaverse is set to be the greatest social experiment of the 21st century with the potential to create whole new industries along the way.

Coined in 1992 by author Neal Stephenson in his science fiction novel, Snow Crash, metaverse describes a virtual reality-based world that is the successor of the internet, a vision that Facebook CEO Mark Zuckerberg also shares.

In his recent speech at Oculus Connect 2017, Zuckerberg said: “We believe one day everyone is going to use virtual reality to improve how we work, how we play, and how we connect with each other… enabling us to be present anywhere creates opportunities for people everywhere.”

He went on to announce the release of Oculus Go in 2018, a new all-in-one, standalone VR headset priced at $199 that doesn’t need a smartphone or computer, a game-changing feature.

With affordable, easy to use headsets and the launch of Oculus Venue where people can join friends and ‘thousands of others’ to enjoy live concerts and sports events, and Oculus Home, a fully customisable and interactive Home, his goal is to get one billion people using VR.

Avatars is another innovation Facebook is working on that could assist the mainstream adoption of social VR. In a new paper presented at the International Conference on Computer Vision it reported teaching AI to analyse faces and extract the most distinguishing features to be transposed onto avatars across any platform, from emojis to gaming, to VR face generators. The system uses a feature identification algorithm to get the avatar as close to the human resemblance as possible.

With approximately 35,000 monthly users from over 160 different countries, AltspaceVR invites people to come together to attend everything from political debates and comedy shows, to industry meet-ups and yoga classes.

Bringing down the price of headsets and additional equipment will certainly help more people to experience VR, but it is the social aspect that companies are betting on to really find their audience. One strategy is to go where there is already a built in audience and offer a value they can’t get in reality.

The sports industry has been one of the first to successfully pick up the social VR ball and run with it. Winner of this year’s VR Awards for ‘VR Startup of the Year’, LiveLikeVR is an interactive platform for broadcasters and sports teams that lets you watch live sports events in VR with friends who can be anywhere in the world. A white-label platform, Fox Sports is now offering it on iOS, Android and Samsung Gear. You can interact with statistics and enjoy instant replays at your own command, all while enjoying games in real-time with up to four friends across geographic locations.

LiveLikeVR co-Founder Miheer Walavalkar said: “It’s all about the user experience and social features—the ability to teleport the user into an experience. We want fans to feel like they’re right in the heart of what’s happening.”

Religion is another area with a vast proven audience that the metaverse is tapping into. Oculus’s VR Church is a devotional application offered in Spanish and English where you can attend services with people from around the world and experience the bible by going on ‘journeys through the Psalms’. In Pray VR you can choose from a range of religions and then pray solo or with others at places including the Western Wall, the Vatican, Mecca, Angkor Wat, the Grand Canyon, and Stonehenge.

Meanwhile, AltspaceVR is inviting people to have a ‘supernatural’ empathic experience where you can “watch your emotions have an out-of-body-and-in-someone-else’s experience as our Empath literally feels your feelings, merely by hearing the sound of your voice.”

With global revenue from VR projected to reach $7.17 billion by the end of 2017 according to Greenlight Insights, and close to $75 billion by 2021, it is no wonder businesses are trying to get in early.

The metaverse holds great promise for the expansion of enterprise and the human experience. But with any social environment, from nightclubs and theatres, to stadiums and places of worship, there will have to be some social agreements made, and inevitably, regulations to follow, as people test the boundaries of this currently limitless new metaverse.