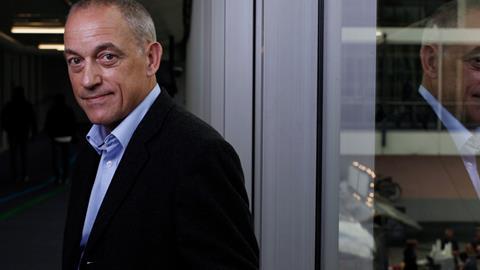 Not many of us can claim to be working whenever we switch on the car radio. But when Simon Mason tunes in it’s not just to unwind while travelling between meetings, but to study what he believes is a rich area of opportunity for broadcasters and their clients. 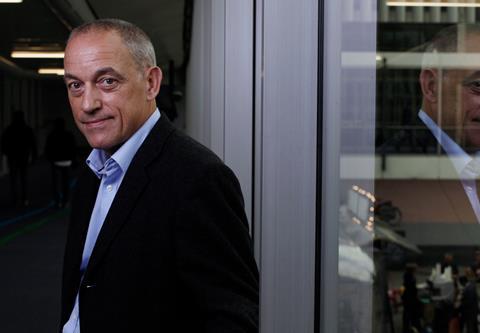 “In the UK almost a quarter of all radio listening takes place in the car, and as radio listening in general is on the increase broadcasters need to understand the opportunities and challenges facing them when delivering to this audience,” he says.

Mason is Head of Broadcast Radio Technology at Arqiva and was on the panel of a very popular IBC2018 session, ‘World DAB: Radio’s digital strategy’. He has been with Arqiva for 20 years, but his career in the broadcast industry spans more than 35 years in a range of roles from radio content production to designing high power radio transmitter networks. His passion is radio content, and specifically how this is delivered to the end user in the best way to give them the best experience possible in terms of convenience, audio quality and availability.

Mobile broadcast
More than half of in-car radio consumption is now digital, mostly via DAB (digital audio broadcasting) – a figure that is set to grow as both coverage and installed base increase, Mason believes.

“In-car digital listening has seen year on year growth, thanks in large part to another 2.2 million DAB-equipped cars hitting the road in the last year in the UK, and more than 90 per cent of new cars are now fitted with DAB receivers as standard,” he says.

“In the past five years Arqiva has built hundreds of new DAB transmitters, and it’s getting harder to find a stretch of motorway or a busy main road where you can’t find a DAB digital radio station to listen to. Broadly speaking, with a final phase of investment DAB coverage in the UK will be comparable with FM.”

Look a little further ahead and it doesn’t take a clairvoyant to see that digital broadcasting could open up some very interesting opportunities.

“Companies such as Google, Amazon and Apple have revolutionised entertainment, giving consumers incredible power over what they enjoy and how they enjoy it,” says Mason. “At present this shift is taking place largely in the home, but it won’t be long before it affects cars too, and we must consider how that will influence in-car entertainment.

“We’ll certainly see more technology inside vehicles. In fact, we’re already seeing this with connected dashboards and voice assistants. But demand for live interactive content will remain a huge driver for in-car entertainment. Listeners enjoy hearing a familiar voice talking them through a curated playlist.

“Hyper-local advertising on commercial networks is another development in which I see great potential. As location technology improves, the ability for broadcasters to target groups of listeners with advertising is an excellent opportunity for them to adapt to new delivery methods.”

Look, no hands
Driverless cars are another interesting prospect. “We might still be a long way from the science fiction dream becoming a reality, but it seems inevitable that one day, motorists will have their hands and attention free to enjoy other forms of entertainment during journeys,” says Mason. “That will create opportunities for digital radio content providers to create exciting hybrid services.

“We’re fascinated by this and are starting conversations with our customers about the opportunities that this will create and how we can exploit them, blending different delivery mechanisms. As always with a free to air service this will require industry agreement between broadcasters and car manufacturers to create an end to end service.”

So what will drivers be doing when their attention is no longer focused on the road?

“Currently the closest thing we have to driverless cars for comparison purposes is trains,” says Mason. “And when you look at what people are doing on trains, it’s a mixture of listening to radio, audio content, gaming and watching (mostly downloaded) videos. I think that, at least initially, the services provided for driverless cars will be similar to these.”

While humans are still at the controls, however, safety will remain a key concern.

“We’d like to change how listeners choose stations in the car,” says Mason. “Scrolling through station logos is safer than the current method of using text strings, because they’re easier to recognise quickly without diverting the driver’s attention from the road. And now that most new cars already come equipped with full colour screens for navigation purposes, this kind of change is completely feasible.”

Beyond this, Mason believes, the big priority is to make sure that in-car content is delivered in a consistent manner.

“In the time we’ve taken to improve coverage across the UK’s roads, there’s been a shift from traditional car antennae – long, metal roof aerials – to hardware hidden in panels and windows, or in some cases aesthetically pleasing ‘shark-fin’ antennae. This is perfectly reasonable, as consumers want prettier cars, but this equipment doesn’t work so well for DAB or even FM reception due to lower antenna gain, while hiding the antenna often makes it too narrowly directional. This is an issue that we need to work with Digital Radio UK and the automotive industry to address.

“In our view the solution is to look at new technologies, and more specifically diversity reception. By placing two hidden antennae onto a car, rather than just one, we can make sure the vehicle still receives a signal from any direction. The car chassis then never acts as a blocker, and as a result the listener is much less likely to lose service. Adding extra equipment does come at a cost to manufacturers and their customers, but when you consider the importance of in-car entertainment to the consumer – and the popularity of digital radio within that – we believe this will be quickly justified.”

‘We might still be a long way from the science fiction dream becoming a reality, but it seems inevitable that one day, motorists will have their hands and attention free to enjoy other forms of entertainment during journeys’

Smart sounds
Of course, digital listening does not just mean DAB. Smartphone apps provide a possible alternative, but only if the 4G network is robust enough to support them. To ascertain whether this is the case, Mason’s team have been busy measuring the quality of radio signals over 4G compared to DAB.

“Listening via a mobile phone or tablet is on the increase, with a quarter of all adults listening at least once a month via these devices,” says Mason. “We’ve conducted testing in three areas of the UK focusing on rural, semi-urban and city centre environments.

“We’ve found that 4G is perfectly capable of delivering radio services, but only on a lightly loaded 4G network. The big issue is capacity. In traffic jams, or areas where lots of vehicles are passing through, the user experience is greatly reduced. Not only does this create the obvious issues with ‘reception’, but it leads to an experience which may mean that users frequently need to operate their mobile phones. This has obvious safety issues, particularly for lone drivers.”

So it seems that DAB is the principal way forward. “There are great opportunities ahead, but they do require industry collaboration between the broadcasting and automotive sectors – for example on the issue of car antennae,” says Mason. “What’s promising is that the right conversations are already well underway, and we’re working harder than ever to keep pushing this medium forward.