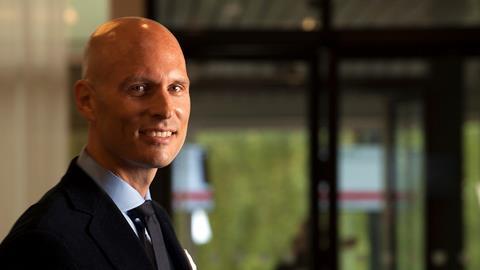 The use of mixed reality technology has enabled the creation of formats with levels of interactivity that have not been seen before, says FremantleMedia’s Petter Testmann Koch.

Interactive mixed reality is the meeting of both mobile and broadcast technology to create a completely immersive, wildly entertaining form of content that FremantleMedia Norway’s managing director, Petter Testmann Koch, has championed. 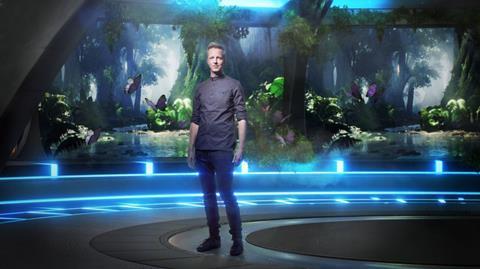 Lost in Time is an innovative primetime format that follows three contestants as they race through different eras such as Ice Age, Jurassic, Medieval, Wild West, New York in The Roaring Twenties and Space Age and compete in a variety of physical, mental and strategic challenges against the clock for a cash prize.

The show also has a play along app which has a live and offline mode so players can compete against the show’s contestants live, or still enjoy the games whilst the show is not on air.

“Entertaining and impactful for audiences, innovative for the TV industry” - Petter Testmann Koch

Co-developed and co-produced by FremantleMedia Norway and Norway-based interactive mixed reality pioneer, The Future Group, for TV Norge, the first episode debuted in March this year.

Says Testmann Koch: “Audiences were very curious about the show and how the interactive mixed reality would translate on screen. The reaction was fantastic.

“The interactive participation via the app was beyond anything seen before, with an average player session lasting over 16 minutes.”

The interactive mixed reality is what gels the show together, says Testmann Koch. “Using the technology, we can push the boundaries of TV by creating real time special effects. So essentially, a contestant can be put into an ‘era’.

“The way that the technology works is that the TV audience sees the contestant fully immersed in a virtual world that reacts in real time to what the contestant is doing in the studio. There is a play along app that can be used live with the TV show, so at home players can almost compete against the onscreen contestant.

“This is a level of interactivity like we’ve not seen before,” he enthuses.

On the development and evolution of this technology, Testmann Koch says: “Once we saw what the technology was capable of, we then worked with our FremantleMedia development teams in both Norway and the UK to come up with TV show ideas that could be entertaining and impactful for audiences, innovative for the TV industry and fun to the contestants in the studio.

“Both our Norwegian and UK development teams actually came up with very similar ideas, which we then took to The Future Group to further develop with their technology and games expertise.”

Testmann Koch’s foresight bought interactive mixed reality into reality: “I’ve spent half my life working in TV, and due to quite a significant variety of experience, both technical and content, I’m always curious on new developments, new technology and new opportunities. I often realise that I’m a few years early on trends and ideas, but this time Discovery Networks Norway proved to be a brave commissioning broadcaster who also wanted to explore this incredible opportunity.”

Concluding with how Testmann Koch expects to see interactive mixed reality changing programme popularity and production, he says: “At FremantleMedia, we’re always looking for a new way to tell a story and The Future Group’s newly-developed interactive mixed reality technology allowed us to create a pioneering type of entertainment show that really is at the forefront of future television trends.

“I believe that with this level of interactivity allowed by the technology and the play along, we can bring back a whole family TV viewing and joining in experience.”