Beyond Netflix: How to survive as a niche streaming service

IBC2018: Key to success for specialist OTT platforms is to pitch yourself as a ‘delicatessen’ compared to ‘supermarkets’ like Netflix and Amazon, IBC delegates told.

Senior executives at niche VOD services have lined up at IBC to give their thoughts on how to compete with the world’s streaming giants Netflix and Amazon. 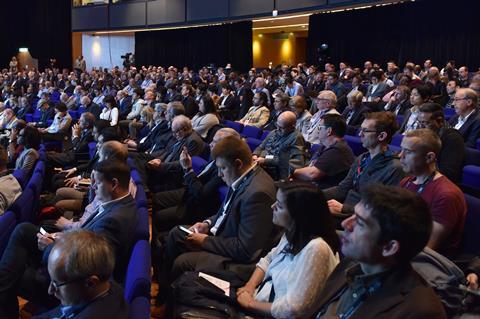 And there’s some good news. It seems that you don’t have to – if you are niche enough.

Some executives have argued that niche film and drama services have even benefitted from the onward march of the OTT giants, which have successfully opened up the market but don’t compete directly with them.

Walter Iuzzolino, Founder of AVOD niche drama service Walter Presents, said: “It’s true that distinctiveness can defeat scale. When we launched Walter Presents, which showcases the best award-winning foreign language drama, we had an anxiety that we would simply create a content war with the streaming giants. But that simply didn’t happen.”

Speaking at an IBC Big Screen session Iuzzolino said: “They are in a different complimentary market. They lavish enormous amounts of money and offer everything like a supermarket whereas we are more like a delicatessen, where you go to get something distinctive and special.”

Kerensa Samanidis, General Manager at Turner-owned Filmstruck, speaking at a New Platforms conference session, Beyond Netflix, said: “We have the opportunity to focus on a smaller number of people who love film.”

“We don’t compete with Netflix and Amazon but ask what we can offer beyond that by understanding our audience and asking: ‘What’s needed? What’s missing in the market.

”We hear time and time again that people are fed up of spending their time browsing content and wasting time deciding what to choose” Walter Iuzzolino, Walter Presents

“We felt there was a gap focussing on quality films – films that have stood the test of time and that people love to watch and will continue to watch. People still have Netflix and Amazon but can be overwhelmed by the volume of choice.”

Another distinctive feature which SVOD or AVOD services can offer is carefully curated content – which cuts out the amount of time audiences spend searching for something to watch.

“We focus on a smaller volume of people who love film and spend less time choosing. We hear time and time again that people are fed up of spending their time browsing content and wasting time deciding what to choose [on the big platforms].”

Says Samanidis: “We don’t have algorithms – we rely on human curation (for now) using film experts in different local markets. We curate themes around directors and genres to make things recognisable and discoverable.”

Iuzzolino added: “We have 1000 hours and 80 series and the aim is that it will never be overwhelming so that you don’t know what to watch, and with our refresh rate we are careful not to go much over 1000 hours – so it would be easy to burn through our content in a few months if you binge watched it.”

Soumya Sriraman, President of BBC and ITV-backed SVOD drama service BritBox, added: “People won’t buy DVDs any more and they won’t go to the cinema so much because it’s too expensive, so non-traditional SVOD services are where it’s at.”

Sriraman said the key components to a successful SVOD service were access to distribution markets, knowing your audience and developing a community.