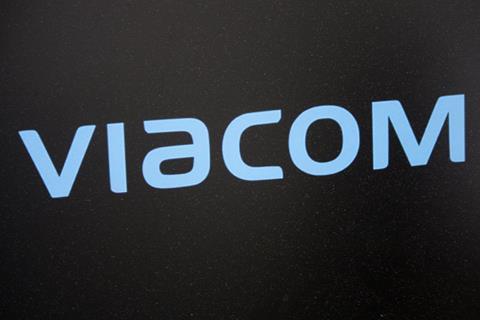 CBS and Viacom have reportedly reached an agreement on the management structure should the two companies agree to a merger.

The two boards have agreed to a proposal that will see Viacom chief executive Robert Bakish lead the combined company, according to several reports from the US which originated with a Wall Street Journal article.

Deadline, citing sources familiar with the matter, said CBS acting chief Joe Ianniello would continue to run the CBS assets in an unnamed senior role. These assets would include the broadcast network, a chain of TV stations and premium channel Showtime.

The management structure has previously been seen as one of the stumbling blocks that has prevented a reunification of the two companies. Previous proposals called for a clear number two executive but this structure would not include an official No. 2.

Viacom’s current second in charge, Wade Davis, is reportedly expected to leave the company if some sort of role cannot be found for him. Deadline reports Davis could be given a broader operational role.

According to the LA Times, CBS chief financial officer is expected to become CFO for the merged entity.

An agreement could be announced early as this week. One outstanding issue yet to be resolved is the valuation of the two companies, which are both controlled by the Sumner Redstone family. CBS is valued at around $19 billion while Viacom’s market cap is around $12.2 billion.

Shari Redstone, who is vice chair of both companies, has been spearheading the remerger after the two were split apart by her father in 2006.

The LA Times reports that Viacom, which owns assets including MTV, Nickelodeon, Comedy Central and Paramount Pictures studio, is expected to be absorbed by CBS.

In September, Redstone said she would not try to force a merger until the latter part of 2020 at the earliest, although other independent board members would be free to do so. Reports about a potential merger have accelerated this year after a number of obstacles that at hindered a reunion have been removed.

One previous obstacle for the merger was former CBS CEO Leslie Moonves but he departed the company last year. Another obstacle, which was the separate levels of debt held by each company, has also became less of a problem as Viacom has reduced its debt liabilities by around 30% during Bakish’s tenure as CEO.