IBC2017: There’s no doubt that the roll out of UHD services has been a lot slower and a lot stickier than the adoption of HD. IBC held a conference session on UHD to allow senior figures from Sky, Sony Pictures Entertainment, Netflix, Ericsson and Molinare to air the reasons why.

Sky’s Chief Engineer, Broadcast Strategy, Chris Johns said: “One of the problems we do have is that we were pushed to do UHD by the manufacturers. The screens came on the market but there wasn’t the content.”

Content is variable in quality and not always made by producers who know how to get the most out of 4K, added Johns.

“If you look around there is some fantastic stuff but there is also mediocre 4K content made by people who don’t know how to shoot in 4K and who don’t know the standards. It doesn’t sell the right message to the consumer,” said Johns.

“We have to move forward carefully to make sure that we deliver a prime VIP 4K experience. If we don’t deliver the customer will push back against 4K and we don’t want that.”

Johns added that producers should not ignore sound in their 4K output. “Audio has been proven to make the video better. At Sky we do 5.1 and Dolby Atmos for content such as live football to create a more immersive experience.” 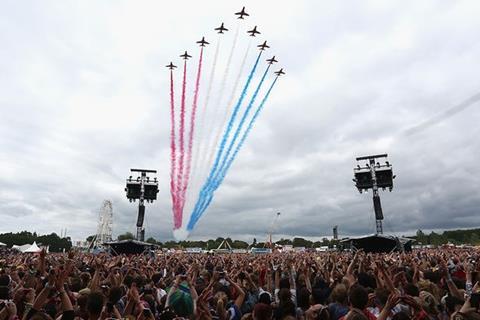 Sky now makes 4K Formula 1, Premier League and cricket as well as footage from this year’s Isle of Wight festival.

Richard Wilding, CTO, Molinare TV & Film said: “We are going to have to wait a long time to see the best of 4K. People don’t have enough experience in shooting 4K HDR yet.”

Johns added that with the imminent delivery of the SMPTV 2110 standard just around the corner everybody was waiting for IP delivery of live 4K.

“The ratification of 2110 is key. Although with 1080p50 x4 we have a system that works, you don’t really want to make a big investment in new infrastructure when there is a new technological leap just around the cornet. Everyone is watching this space.”

Despite the issues, players such as Netflix and Sony Pictures Entertainment have no doubt about the business case for UHD.

At Sony Pictures Entertainment 90-95% of product is acquired in 4K – with some films some finished in UHD HDR, said Bill Baggelaar, SVP Technology.

Netflix’s Fusil added: “Consumers are very savvy and they see the quality of the content, even if it’s subliminal. Consumers will always prefer the better quality image. Immersive experiences like 4K and quality audio appeal very strongly to instinct and emotion – and that’s a good thing.”