IBC2017: Data-driven insights into the cinema-going habits of Millennials and aging baby boomers could prove critical in boosting box office numbers, a panel of cinema experts revealed during an IBC’s Big Screen strand. 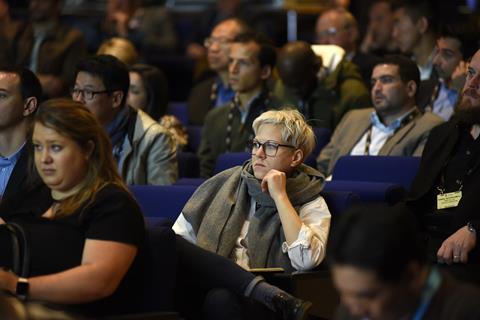 Speaking during the session Who is Your Cinema Audience in 2017? Laura Houlgate, Chief Executive of the International Union of Cinemas (UNIC) warned that while young people love going to the cinema, exhibitors were competing with their time and it was necessary to burrow down further into this demographic to help future-proof cinema attendance.

Recent qualative and quantative research by UNIC - conducted in the UK Germany and Spain revealed its members’ prime audience of 12-25 year olds had very different expectations of a cinema visit.

Technologies such as 3D were enjoyed mostly by younger audience members (in the 12 to 14 year category) and 3D became far less relevant to older skewing teens and young adults, who just wanted to go to the cinema to switch off and relax.

Fellow panelist Sarah Lewthwaite, managing director of Movio, warned that studios and exhibitors were ignoring a growing and loyal number of aging baby boomers “at their own peril”.

Her firm, which makes software that analyses the habits of older audiences, has found that Americans over 50 account for 31% of all movie goers over the age of 14 and accounted for 32% of all trips to the cinema where they watch 6.8 films annually (compared to the Millennials’ 6.7 films).

The research also revealed that, as well as creating new blockbusters such as The Marigold Hotel and Woman in Gold, boomers also contribute heavily to box office successes with 27% of the new Star Wars Franchise audience comprising of this over 50s demographic.

Movio’s research also highlighted the boomers’ willingness to visit at off-peak times (70% of over 50s visit the cinema before 6pm) and their love of art house genres and ‘mature’ thrillers could be means through which exhibitors might create smarter more profitable programming options.