Is the DSLR revolution spent?

Several years ago shooting video on DSLRs was a big new trend, then video manufacturers responded with their own large-sensor camcorders. So, what place do the latest DSLRs have in broadcasting?

Instead, it ushered in an era that would see many TV shows and even movies shot on relatively small, fairly inexpensive DSLR cameras. 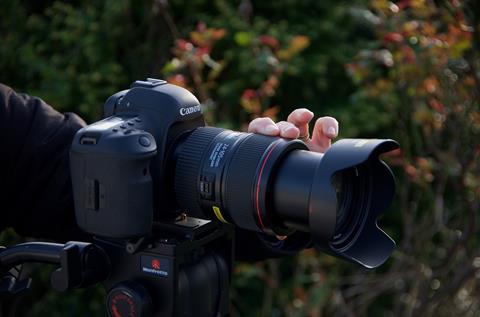 There are now a whole host of accessories, from shoulder-mount rigs to monitor/recorders that improve the ergonomics, usability and recording quality of DSLRs, making them handle and perform more like a proper video camera, but camcorders themselves have changed in response, to offer some of the benefits of the DSLR, such as larger sensors and lower prices.

So, is there any reason why today’s users should buy a DSLR rather than a video camera?

Yes, of course, if your primary motivation is as Canon originally intended: if you are a stills photographer who occasionally needs to shoot video and want to use the same camera and all those lenses you already have.

Indeed, anyone invested in DSLR lenses is the key target market for new video DSLRs, but now those same lenses can also be easily used with video cameras from Canon itself as well as new entrants, such as Blackmagic Design or Red, or via adaptors with camcorders from the likes of Sony.

However, despite the increased competition, many shooters are still buying DSLRs, as evidenced by the large number of pre-orders for Panasonic’s Lumix GH5 Micro Four Thirds camera.

Upgrades coming soon will offer 6K anamorphic video modes (up to 30p), as well as hybrid log gamma for high dynamic range shooting, and 400Mbps I-frame only 4:2:2 10-bit recording at 4K up to 30p.

It also offers fast auto focus and five-axis in-body stabilisation (which can work in tandem with any lens stabilisation - offering a claimed improvement of up to five stops and more stable hand-held shots).

The small size of the camera makes it useful for drone or PoV use, and its predecessor (the GH4) was used to capture in-car shots in Ultra HD for Amazon’s The Grand Tour.

Many DSLRs lack traditional video features, such as focus peaking or zebras for exposure, but the GH5 is more of a video camera that also does stills, so includes these and other professional features like a waveform monitor and vector scope, SMPTE Time Code in Rec Run or Free Run, and Synchro Scan mode to suppress flicker.

There is also a new processing engine for better colour reproduction in both highlight and shadow areas, plus much-improved multi-process noise reduction.

“It’s probably two stops better in low light than the GH4,” said Richard Payne, Head of Technology, Holdan - which is distributing the GH5. 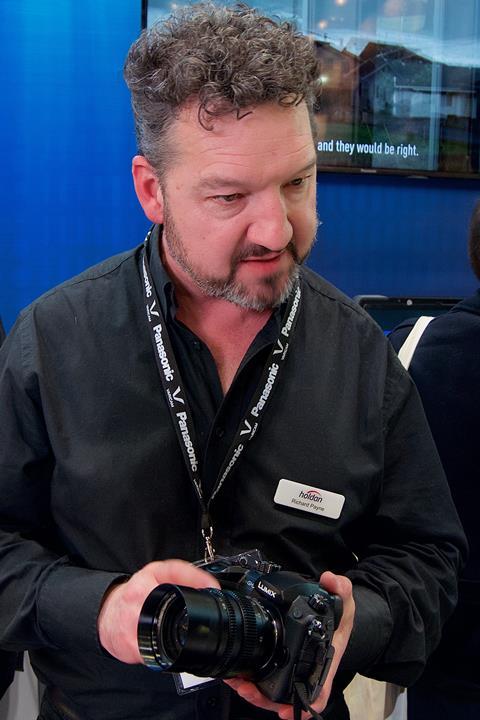 It also helps that the GH5 uses the full sensor for 4K rather than cropping as the GH4 did.

“I was worried initially that this might cause aliasing problems, but it doesn’t as they are using a new debayering method, generating luminance out of nine by nine pixels rather than two by two,” which gives less aliasing but more sharpness,” he added.

Another typical weakness of DSLRs has been audio input, but GH5 users can add a £300 XLR Microphone Adapter that directly connects to the camera, provides two XLR inputs for professional microphones, and is powered by the camera battery. It also gives 96kHz/24-bit audio in .mov mode.

If you want to shoot usable video in moonlight, Sony’s £2,000 (plus VAT) A7S II E-mount camera is generally agreed to be the first call, particularly as specialist low-light video cameras tend to be a lot more expensive.

This may restrict its appeal for stills photographers, but it means it can have larger pixels that take in more light, and still have more than enough resolution to record UHD internally (up to 30p using 8-bit 4:2:0 XAVC S at 100 or 60Mbps, with 4:2:2 available for external recording). It also does HD up to 120fps using a full pixel readout (without line skipping or pixel binning), offering 14-stops of latitude for HDR in S-Log3. It also has all expected video features, such as peaking, as well as five-axis in-body stabilisation.

What of the 5D that started this trend? Its success provoked Canon into adding HD to many of its DSLRs and then developing its Cinema EOS range of Super 35mm sensor cameras, such as the C300.

However, it still appears to see its DSLRs as primarily for stills photographers, which is why its new 30-megapixel 5D Mark IV is first-and-foremost a photographer’s tool.

In fact, if you are choosing a full-frame DSLR in order to get the shallowest depth of field possible, the Mark IV may not be the best choice if you want to shoot in 4K, as it uses a 4096x2160 pixel region of the sensor, about the size of an S35 sensor, with a crop factor of 1.64x (the MFT GH5 has a 2x crop factor).

The Mark IV also has limited audio connections (3.5mm jack) and few professional video features (no peaking or zebras), although adding a monitor/recorder from Atomos, for example, would address both this and its lack of articulated screen (having a fixed screen makes it more weatherproof).

At £2,915 (plus VAT), it is very much a professional stills camera that can capture high-quality video, staying true to its original philosophy.

However, in this price range, it and the other DSLRs are now competing with interchangeable-lens camcorders with S35-size sensors, such as Blackmagic’s Ursa Mini or JVC’s GY-LS300 - cameras that might not have emerged without the success of the video DSLR in the first place. Viva la revolución.