The rise of the single user

Advances in technology have paved the way for single users to take on tasks that were previously carried out by entire teams.

Where once there was a camera crew (cameraman, sound recordist, sparks/lighting, AP, director, producer, driver, perhaps even a camera assistant), even for news reports, now there is just one person, doing it all - and possibly even having to edit, grade and transmit it too.

This approach has been pushed by the need to cut costs and increase flexibility, but also enabled by new technology.

All this is most noticeable around the camera, where shooting APs and video journalists are the norm on many productions, but single-user operations are also now possible in the gallery, and artificial intelligence could make that even more prevalent in the near future.

Of course, this rush to do more with fewer people has its downsides (not least for those whose jobs disappear). Unless it is well thought through, it can have unwanted consequences, such as more content needing grading because poorly-trained researchers or APs leave the white balance on auto so hardly any shots match. Or, it may be that they shoot so much footage that more time is needed in the edit.

When it comes to the ‘good-fast-cheap’ triangle you can only combine any two – so if you want something cheap and fast, the chances are it won’t be good. However, improved technology means that quality doesn’t always have to be sacrificed.

Take, for example, the latest XF400 and XF405 camcorders from Canon, which are the first of its lower-budget cameras to get dual pixel autofocus, making these Ultra HD cameras attractive for less experienced users thanks to its increased accuracy.

“The benefit of dual pixel autofocus means you can use two hands to hold a gimbal without having to worry about a focus puller,” said Stephen Hart Dyke, professional imaging/B2B product marketing manager, Canon. “People have to have faith and trust in it, but I haven’t heard a bad word about it. It is very easy to set up.” 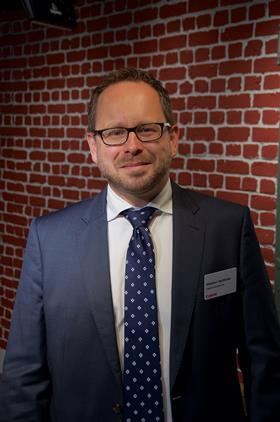 Auto focus is generally looked down on by experienced camera users, but is helpful to beginners, and particularly useful for single users, no matter how expert they are.

“Some cameras, such as Canon’s XF range, are very good at face detection, which is a real boon for self shooters when they’ve got to set up and do an interview very quickly on their own,” said Christina Fox of UrbanFox.tv, who created the first video journalist course at the BBC and has since trained thousands of self shooters.

Touch screens are also ideal for beginners, and “when you can touch on faces, you can pull focus so much more easily, which is useful for low-budget dramas as well as documentaries,” she added.

With no sound recordist to call on, many single users rely on automatic gain control, but thankfully this has got much more sophisticated. “In the past, they suffered from pumping, with the background level going up and down, but now cameras can work out the difference between voice and atmos, and adjust the levels accordingly.”

A traditional camera crew would also have a ‘sparks’ to look after lighting, but for single users lighting is a luxury, although one made easier by today’s smaller, lighter LED fixtures, and improved camera capabilities in low light. “Sensor sensitivity has increased, and native ISOs are getting higher – an FS7’s native ISO is 2000, so lighting can be more about setting the scene rather than just illuminating,” said Fox.

New high dynamic range cameras could potentially offer additional leeway, “but it still has to be carefully thought through, while we may not have to worry about blowing the whites, it can be very easy to introduce noise in the shadows. Something your grader won’t be able to easily fix,” she added.

Good camera work is a mixture of art and technology.

“We haven’t reached the stage where putting everything in auto will produce a good result. You have to remember that cameras understand mathematics, they don’t understand aesthetics. If you want to be creative, if you want your shots to look beautiful, you still need to understand how your camera works in manual, you’ll still need training,” said Fox.

The same pressures that gave rise to the self shooter are just as pressing further along the production chain.

“Our industry is now demanding more and more content, but at the same or similar quality,” generally with no more money on offer, according to James Stellpflug, VP of product marketing at EVS.

To answer that, EVS launched the X-One at IBC2017, “an all-in-one unified production tool. We’ve taken the best of breed of EVS technology and we’ve consolidated it down to a single platform,” with a touch screen that “allows a single user to pilot a complete production.” 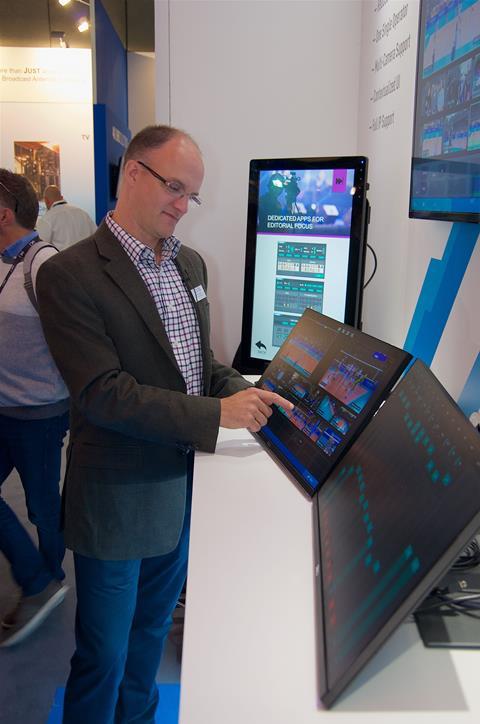 The EVS offering can cope with up to six cameras, plus other recordings, with video switching, replay, audio and graphics.

“The key is a standardised interface that only shows the operator what they need depending on what they are working on,” he explained.

Different sports or entertainment productions will have dedicated interfaces that highlight specific features and remove unnecessary ones, to simplify operation. These dedicated UIs will be available on the EVS cloud and can be quickly downloaded and installed ahead of any production.

The contextualised controls mean: “If I’m switching cameras live, I only see the cameras, but if I make a sweeping gesture, like going back in time, I see the replay tools; but once I go back live, they hide themselves. You don’t want everything in front of the user at all times. The interface needs to adapt to what the user’s doing.”

It saves on capital investment, as only a single system is required instead of multiple pieces of hardware, and on personnel costs, and “it requires almost no training,” Stellpflug claimed.

The system can produce automated highlights from a game, based on cameras chosen, scores, or tags added by the operator (such as goal). “It will grow throughout the match, so the operator can simply load the highlights list and play it to air without editing,” he said. “An operator has to focus on a lot, so we wanted to automate as much as we can.”

EVS also showed previews at IBC of applications using AI, for example performing automated framing of content (such as cropping and reframing images for social media – to identify the best part of the image based on machine learning). Stellpflug believes this will be particularly useful for apps that need square or vertical content. “It becomes a very dynamic application that knows what’s going on in the image.” He sees a future version of X-One adopting some of this machine learning.