What's new in the world of grading?

With increasing demand for tools to craft UHD and HDR images, manufacturers of grading systems are putting colour management and the optimisation of worklflows at the heart of product development.

Five or six years ago, the art of the colourist was one performed only on high-end productions in dedicated Soho suites.

Now, grading is a routine part of almost any production – even systems designed for news have some colour correction capabilities. 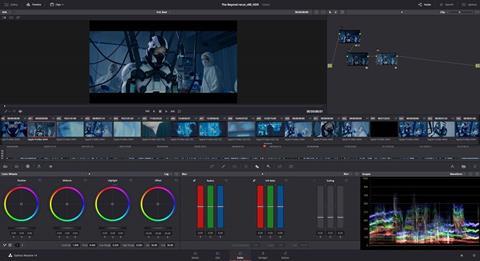 This ubiquity is mainly because it has become so much more affordable.

When Blackmagic Design announced the acquisition of DaVinci at IBC 2009 the cheapest system with hardware was $350,000.

Today users can download a version of its grading software Resolve for free, while hardware such as the Resolve Micro Panel costs as little as $995.

Grading capabilities are now a routine part of most editing software - the latest version of Apple’s Final Cut Pro (10.4) included advanced colour grading tools - while Resolve can now be used for editing. In short: there is now no excuse for shots not matching.

With the advent of Ultra HD and, in particular, high dynamic range delivery, the importance of making the most of your images has been further highlighted.

The shift to UHD and HDR are “probably the most pertinent questions out there” today, agrees Patrick Morgan, Product Manager, Nucoda grading systems, Digital Vision.

He is seeing “interest in HDR growing every day” as his clients “are trying to understand and come to grips with what it is (and is not) and how to get the most out of it.”

“We’ve seen more productions deliver in HDR over the past 12 months than ever before. As a result, a lot of the DaVinci Resolve concerns we’ve helped address have been related to the management and optimisation of post workflows for HDR delivery,” adds Heffernan. 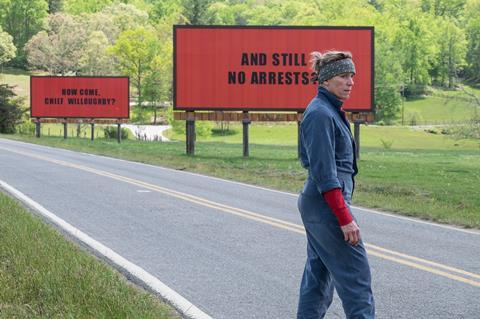 Morgan says the demands of OTT services as well as the need for remastered content are helping to fuel interest. He says: “We have many clients already actively producing HDR content for major online streaming services and we have seen a lot of interest in mastering in Dolby Vision in Nucoda. There is also interest in remastering archive material in HDR and it will be interesting to see how this is received.”

SGO’s experience complex workflows for Stereo3D where source footage was commonly shot in 4K, or higher, means its Mistika systems were able to handle the jump to 4K, UHD and 6K+ resolution workflows.

“Although the vast majority of film and broadcast production is still being done in SDR and HD/2K resolutions, our clients are adjusting to new delivery standards such as UHD and HDR,” says Francisco Ramos, SGO’s Mistika expert. 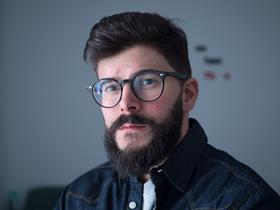 Dolby Vision and HDR10+ support are currently the dominant requests for HDR, and Mistika users can monitor both SDR and HDR outputs simultaneously (from the same timeline).

“Simply decide on the flavour of HDR required, ensure you have a suitable HDR monitor available, then make a few changes to your in-software settings, and you’re ready for HDR grading. All this is underpinned by Resolve’s 32-bit float processing and colour management tools,” explained Heffernan.

“We’re continuing to improve HDR format support for Dolby Vision, HLG, HDR10 and HDR10+, and committed to supporting future formats as well. Resolve’s adaptability means you can also deliver to existing SDR formats as well as new HDR formats from the same project, without the need to work in parallel. You also have the flexibility to deliver HDR in 4K or remain in HD,” he added.

Filmlight CEO Wolfgang Lempp says one of the big issues at the moment is the number of deliverables for a major project, and in particular the different colour spaces they inhabit.

He says: “On a movie, there may be requirements for high dynamic range and standard dynamic range DCP, and one or more television HDR formats along with conventional Rec.709 HD.

“Colourists will typically choose to grade in one colour space, but those decisions can look very different when changing to another. This can affect creative decisions: colours that look stunning in one space can look unnatural in another. Even on-set decisions can have an impact: a backlight can separate an actor from a background in standard dynamic range, but be visible as an effect in HDR,” he adds.

FilmLight has developed systems to provide more accurate transformation between colour spaces, allowing colourists to switch instantly, providing the reassurance that a look is going to be portable without the need to heavily regrade the images.

“Colour management is an important part of colour grading and along with ACES in Nucoda we have new colour space conversion tools that will be available soon, these tools are designed to take the guesswork out of dealing with colour spaces and will allow users even easier access to working in HDR,” says Morgan.

Nucoda includes technical monitoring tools that are HDR ready and allow users to draw an area of interest and isolate parts of the image for analysis and allow custom labels on waveform displays.

At NAB, it will show Nucoda running on the fully-customisable new Arc grading control panels from Tangent, adding another option for control in Nucoda to the existing Tangent Element and Digital Vision’s Precision panel. A free version of Nucoda will also be released.

Vince Narduzzo recently graded Save Me, a new six part series coming to Sky Atlantic in February, which was shot mainly on Alexa and finished in UHD and HDR, working in ACES. Other recent series graded on Nucoda include Gotham, Supergirl and Black Lightning, graded by Paul Westerbeck at Picture Shop in Los Angeles.

Where next for grading?

Most of the changes in grading software are the result of customer demand. “HDR is clearly an example where we have engaged with an emerging technology and strived to support users; but I think the enhancement and updates to Resolve’s editing and collaborative tools, the addition of Fairlight audio and extensive GPU optimisations are a significant step forward for Resolve 14 as a complete post-production platform,” says Heffernan.

“On the hardware side, it was clear that the continued upgrading of GPU hardware to keep pace with new formats, workflows, or Resolve versions, was unsustainable to all but those Resolve customers with the deepest pockets. Our solution was to rebuild Resolve’s playback engine and improve the software to handle real-time playback on older machines. We also reworked GPU optimisation for better threading, resulting in lower latency and a faster GUI, as well as added support for Apple Metal ensuring future GPU platforms are being considered.” These updates made Resolve up to ten times faster.

As the abilities of Resolve have been expanded, it has been used for more than just grading. For example: on the Daphne Du Maurier-based mystery movie, My Cousin Rachel, Goldcrest Post also used it for conforming and online editing; while on Murder on the Orient Express, Goldcrest Post’s Sinéad Cronin completed the online edit in Resolve and the final DI, including Dolby Vision theatrical grade, was delivered by Rob Pizzey.

SGO is looking to expand its Mistika technology to new platforms and devices – making it more mobile for use on location. “This is critical to accommodate new industry practices and the key here is to adapt to new non-linear filmmaking styles,” says Ramos.

“The classic workflow of pre-production, shoot, editorial, post-production, packaging and mastering is evolving to a much more dynamic workflow where all those production processes can occur at the same time.

A very powerful set up is to have a portable Mistika system on set where VFX supervisors, DoPs and directors can have immediate feedback on the result of the shoot and perform initial technical and creative decisions. These results can then be transferred to a Mistika Ultima system in a controlled viewing environment to perform critical colour analysis, work on the decisions done on-set and then feedback the result to the set, where, if necessary, they can adjust or re-shoot sequences,” he explains.

“This is especially interesting for HDR productions as the viewing conditions of a post-production grading suite cannot necessarily be easily matched on set.” 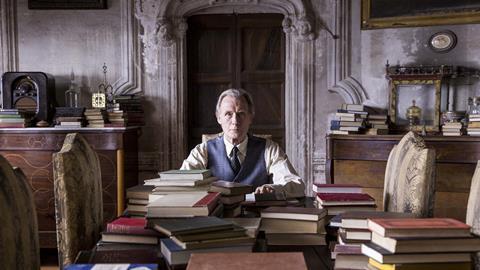 Bill Nighy in The Bookshop, graded on SGO’s Mistika

Because schedules are often so tight, with different production processes happening at the same time “we have to provide the tools for creatives and decision makers to view, analyse and sign off their work remotely,” he added. Recent projects using SGO systems include the Amazon Prime series StartUp graded by Juan Ignacio Cabrera (at LightBender in LA), and The Bookshop, a cinema release directed by Isabel Coixet.

An area of growing importance is providing a consistent link from the set to finishing, says Lempp. “Colourists can provide input at the beginning of a project so directors and cinematographers can see the grades as they shoot, rather than just imposing a standard LUT; and decisions made on set can be carried through to give the colourist a jump start on the final look.”

In Baselight grading is non-destructive, with all grading decisions stored as metadata in its Baselight Linked Grade (BLG) format, along with the raw camera footage. “This means that some guide looks can be created in advance so the director can accurately visualise footage on set using our Prelight tool. DITs can deliver graded dailies using Daylight. Editors and visual effects artists see graded footage through Baselight Editions plugins,” explained Lempp. This can result in a much more collaborative, creative working environment.

On ITV’s Coronation Street, up to six 30-minute episodes are produced a week using that collaborative workflow, where standard scenes have set looks that are replicated in the edit suites using Baselight for Avid plugins.

There is also a grading suite that refines the look of every frame. As the colourist makes decisions, so the metadata is updated and the grade appears in the edit suite, the audio dubbing suite and the final viewing room, all without any need for rendering.

“The real benefit of this is that producers and directors, who are inevitably very busy, can look into any room at any time and see the latest grade. Even if they are supervising audio track laying they are never distracted by pictures that look wrong. It is a simple step that delivers huge operational efficiencies,” says Lempp.