IBC2017: Despite the huge amount of investment going into VR, AR and MR content and hardware, panellists at IBC’s ‘Leaving the Hype behind’ session agreed that there was still some way to go for the immersive technologies. 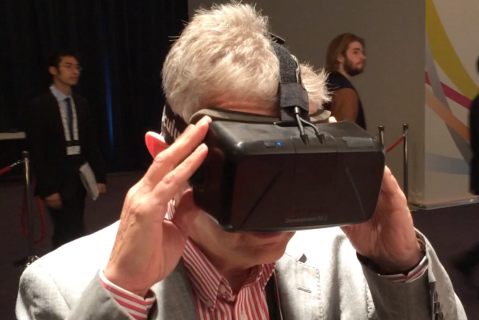 What’s the reality of VR?

Ed Tang, Founder and Chief Technology Officer at Avegant, and the business behind the Glyph headset and technology, said that exciting as the industry is today, in reality it is at the same stage of development as the very early Motorola ‘brick’ mobile phones. “But we are moving very rapidly forward.”

That progress was demonstrated in a powerful presentation by Co-founder and CEO of LucidWeb Leen Segers, who told delegates that some €490 million investment cash had been raised in the past year, and that there were 487 companies in Europe working in the VR/AR/MR space.

“And it isn’t just start-ups. Players such as Barco and Zeiss are extremely active, as are studios, media, education, distribution, gaming, social media, sport and healthcare as well as the high-profile hardware producers.”

Session Chair and Executive Digital Producer Muki Kulhan told the audience that the growth of these immersive formats has proved that this new digital frontier is nigh. 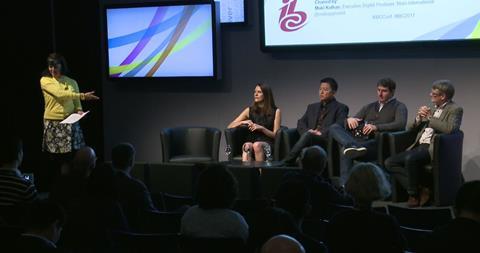 Segers admitted there were problems, not helped by low penetration and fragmented distribution.

She demonstrated the number of keystrokes needed to get to content on some apps and also said that for some consumers getting the hardware to link with content was a challenge. “Things are getting better. And 360 is totally underestimated, and super-interesting.”

Sky VR Technical Director Richard Mills showcased the Rebel Queen production which took Sky’s creatives into Egypt for a comprehensive look at Queen Nefertiti, and which received a Commendation at this year’s Venice Biennale.

“It’s part-game, part-discovery but with a strong sense of involvement and empowerment for the user.”

LittlStar’s Tony Mugavero (CEO) drew attention to his company’s impress list of clients, major Hollywood studios and international broadcasters, each of them investing in VR/AR and MR. LittlStar now has its own distribution arm where, he stressed, user analytics are a key component.