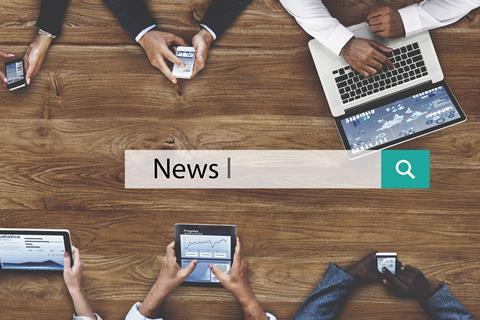 In a tug-of-war feud between Google and Amazon, YouTube has been pulled from Amazon’s Fire TV and Echo Show. The move follows Amazon declining to sell Google products that compete with their own line of smart consumer technology. The Guardian highlighted the friction between the two technology giants and the negative impact on consumers.

Apple and Amazon have partnered to bring Apple TV to more than 100 countries which will also include live sport as of 2018, Apple made the announcement earlier this week. According to Reuters the new addition to the Apple app will feature alters connected to mobile devices.

After facing widespread criticism for its lack of gatekeeping and allegations of allowing offensive content to floruish on YouTube, Google has announced plans to increase human moderators with advanced machine-learning technology to monitor and flag content to be reviewed and removed. According to The Guardian, YouTube Chief Executive Susan Wojcicki announced the plan to expand to more than 10,000 people who will be specifically responsible for ensure all content is in line with its policies.

The Sky takeover by 21st Century Fox has been pushed back one month to the middle of January 2018. Advanced Television reported, the initial verdict was planned to roll out in December but due to the investigations by the UK’s Competition and Markets Authority (CMA) into media plurality, the CMA have had over 12,000 submissions to digest before issuing guidance.

Walt Disney Co-Chief Executive Bob Iger is set to extend his tenure past 2019 with the view to help facilitate the integration of 21st Century Fox if the CMA approves the takeover. Iger has previously postponed his retirement three times. Iger is well regarded for transforming Disney with the acquisitions of Pixar, Marvel Studios and Lucasfilm, Reuters reported.

Following in the footsteps on Netflix and Amazon, the BBC has announced Blue Planet II will be the first programme available on iPlayer in 4K resolution and high dynamic range (HDR). Previously the BBC only released this format using ultra high definition (UHD) visa Blu-ray discs.

DirecTV will deliver all 64 games of the Russian World Cup in Ultra HD. According to Rapid TV News, the DirecTV broadcasting centres will manage and process the live signals from Russia and use satellites to offer the 4K broadcasts to Argentina, Chile, Colombia, Ecuador, Peru and Uruguay audiences. DirecTV Senior Vice President Rick Nerod said: ”We are changing the industry by offering Latin American consumers the most advanced technology, this time by delivering the FIFA World Cup in Ultra HD directly to their homes.”

2018 will see Facebook open a new London office creating 800 new jobs in its tenth year in the UK, making the London hub the biggest outside the US. The new positions will be created to employ new engineers, developers, marketers and sales teams in a move to grow the technology company and its commitment to the UK. The office will be based near Oxford Circus in central London, reported the BBC.