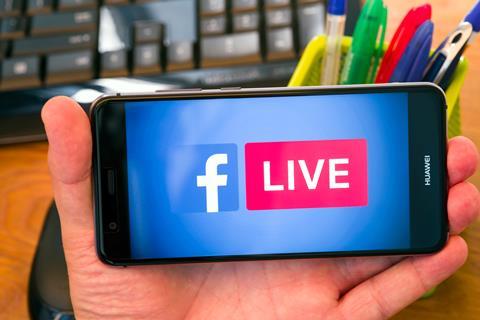 Facebook has announced new rules for its live streaming service after the social media giant was criticised in the wake of the Christchurch mosque attacks.

Starting on Wednesday, users of Facebook’s live streaming function who break the tech giant’s “most serious policies” will be banned from using Facebook live. Bans can range in length, Facebook said, although it did not specify which rules would see it enforce the new one-strike policy.

In a blog, Facebook VP of integrity Guy Rosen said the company has been reviewing what it can do to “limit its service from being used to cause harm or spread hate” in the wake of the mass shooting at a mosque in New Zealand two months ago.

Facebook’s previous policy was to remove content that violated its community standards, and block those who repeatedly violated them from using Facebook for a certain period, or permanently.

“Today we are tightening the rules that apply specifically to Live,” Rosen wrote. “We will now apply a ‘one strike’ policy to Live in connection with a broader range of offenses. From now on, anyone who violates our most serious policies will be restricted from using Live for set periods of time – for example 30 days – starting on their first offense.”

Facebook was also criticised for failing to promptly remove copies of the mosque attack video in the aftermath of the shooting. Facebook ultimately took down more than 1.5 million copies of the video, which also spread quickly on YouTube and Twitter.

Rosen also revealed that Facebook is investing $7.5 million in new research partnerships with leading academics from three universities, designed to improve image and video analysis technology in order to combat this.

It announced a new partnership with the University of Maryland, Cornell University and the University of California, Berkeley, to research new techniques to detect manipulated media images, video and audio, and distinguish between unwitting posters and those intentionally manipulating videos and photographs.

Facebook’s announcement comes ahead of an online extremism which is due to be held in Paris. The summit, which will be chaired by New Zealand prime minister Jacinda Ardern, was called in the aftermath of the Christchurch attack, which saw 51 people killed and many more injured. Ardern called Facebook’s announcement a “good first step”

The summit will see world leaders from Europe, Canada and the Middle East, meet with senior representatives from companies such as Facebook, Google and Twitter, to look at ways of tackling extremist content online.