Hybrid Kaon BCM72180 PVR STBs will be available to Allente’s over 1 million subscribers, with Nagra Media CAS, Broadcom 72180 SoC and based on 3SS UX technology, in Q3 2021. 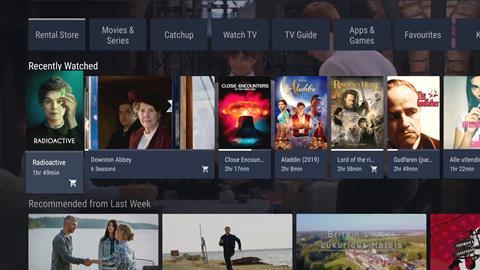 “We congratulate Allente for becoming one of the first operators in the world to leverage the Common Broadcast Stack, and in working closely with world-class technology partners, elevating the digital entertainment user experience for consumers,” commented Matthias Puschmann, strategic Android TV partner development manager at Google.

Jon Espen Nergård, Allente CTO, said: “Completion of our STB integration so rapidly is a clear testament to the technology, engineering skill and dedication to customer satisfaction from our partners Kaon and 3SS, and indeed those of our wider partnership of collaborators which includes Nagra, Broadcom and of course Google.”

Kaon STB middleware is fully integrated with the Android TV software stack to enable new pre-certified Android TV capabilities such as custom over-the-air update, among others, further accelerating the introduction of new features.

“We are extremely proud to be the first OEM to complete STB integration on a Broadcom SoC with Nagra CAS seamlessly integrated with UX delivered by 3SS,” commented Tom Buhl, Kaon Media executive vice president. “The rapid pace of integration with our highly esteemed partners could hardly be more powerful evidence of the many benefits made possible by the Google Common Broadcast Stack.”

“Our ongoing partnership of trust with Allente is a source of tremendous pride for the entire team at 3SS,” commented Kai-Christian Borchers, managing director of 3SS. “In becoming one of the world’s first service providers to embrace Google’s Common Broadcast Stack, Allente is blazing a new trail in innovation and customer focus; we eagerly anticipate helping Allente to deliver leading-edge viewing to consumers in the Nordic region.”