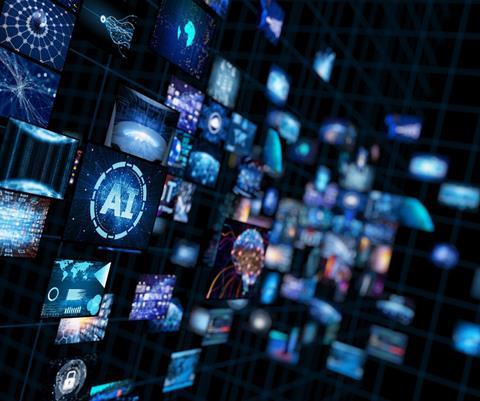 “Inherent inefficiencies” in production workflows “threaten to limit our future ability to innovate,” according to the chief executive of industry association MovieLabs.

Hollywood’s technology studios need to work on overcoming the “major challenges” and collaborate on the future of software, hardware and new production workflows, according to a new report released today by MovieLabs and its member studios.

MovieLabs chief executive Richard Berger said: “The next ten years will bring significant opportunities, but there are still major challenges and inherent inefficiencies in our production and distribution workflows that threaten to limit our future ability to innovate.

”We have been working closely with studio technology leaders and strategising how to integrate new technologies that empower filmmakers to create ever more compelling content with more speed and efficiency.

”By laying out these principles publicly, we hope to catalyse an industry dialogue and fuel innovation, encouraging companies and organisations to help us deliver on these ideas.”

The report will be supported by a panel discussion at IBC2019 with senior technology leaders from five major Hollywood studios discussing the need for collaboration and innovation.

The session, Hollywood’s Vision for the Future of Production in 2030, will take place on Sunday, September 15 at 2:15pm in the Forum at the RAI in Amsterdam.

MovieLabs’ aim is to enable member studios to work together to evaluate new technologies and improve quality and security for production and efficiency.

The whitepaper aims to help the growing industry deliver next-generation experiences for consumers, reduce costs and improve efficiency through industry automation, and derive and share the appropriate data necessary to protect and market the creative assets that are the core capital of our industry.

“As a subsidiary of a technology focused company, we benefit from the power of Sony R&D and Sony’s product groups. The MovieLabs 2030 document represents the contribution of multiple studios to forecast and embrace the impact that cloud, machine learning (ML) and a range of hardware and software will have on our industry.

“We consider this a living document that will evolve over time and provide appreciated insight.”

The future of media creation in 2030

The 2030 Vision paper lays out key principles that will form the foundation of a technological future, with examples and a discussion of the broader implications of each. The key principles envision a future in which:

1. All assets are created or ingested straight to the cloud and do not need to move.

2. Applications come to the media.

3. Propagation and distribution of assets is a ‘publish’ function.

4. Archives are deep libraries with access policies matching speed, availability and security to the economics of the cloud.

5. Preservation of digital assets includes the future means to access and edit them.

6. Every individual on a project is identified, verified and their access permissions efficiently and consistently managed.

7. All media creation happens in a highly secure environment that adapts rapidly to changing threats.

10. Workflows are designed around real-time iteration and feedback.