Akamai has announced new goals for its global sustainability programme. The company’s five new goals, expected to be reached by 2030, are focused on three areas: the Akamai intelligent edge platform, the communities in which it lives, works and operates, and its global supply chain. 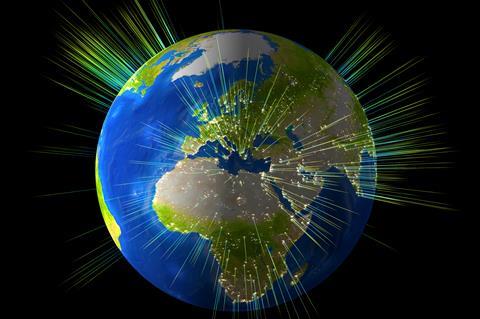 Akamai: This is the second phase of Akamai’s sustainability programme, which began in 2015

Akamai will prioritise implementation and procurement of purchaser-caused renewable energy with a goal to power 100% of its global operations by 2030. This includes data centres, offices, Akamai’s accelerated network programme partners and any source of electricity that falls under scope one and two emissions. In the event that sufficient renewable energy supply is unavailable in the areas where Akamai has operations, the company expects to use attestable and traceable sources of renewable energy certificates to reach its goals.

Today, 50% of Akamai’s energy needs is met by renewable sources. This was partially achieved through investments in net-new grid-connected renewable energy projects, including wind farms in Texas and Illinois and a solar array in Virginia.

The greatest energy consumption by Akamai is the operation of its edge platform, comprising approximately 325,000 servers in more than 135 countries and nearly 1435 networks around the world. The company’s new goal is to operate an Akamai platform that is 50% more energy-efficient as measured against current capacity totals.

Creation of a net zero Akamai edge platform requires working with data centre providers and landlords to provide attestable sources of renewable power equivalent to the Akamai footprint. When this is not possible, the company plans to look to reduce absolute emissions through the use of credible greenhouse gas offsets offered by accredited organisations such as the American Carbon Registry, Climate Action Reserve or through new and emerging capture technology. The net zero emission target applies to both its scope one and two emissions.

Akamai also expects its top suppliers to have environmental and social goals consistent with its own corporate goals. In order to facilitate this, it will institute a new responsible supply chain programme. The company will engage with its top suppliers to baseline and quantify scope three emissions with a goal towards a measurable reduction by 2030.

Akamai plans to continue its goal to recycle 100% of electronic waste at the end of hardware useful life, according to e-Stewards standards. Over the next 10 years, the company will look to bring efficiency to the partner programme by disposing of e-waste in its country of origin where feasible. All Akamai vendors must continue to commit to protecting Akamai’s customers from data breach and remain in compliance with relevant laws in their region.

“Akamai believes that corporations share the responsibility to protect the earth’s natural resources,” said Nicole Fitzpatrick, deputy general counsel and chief ESG officer. “These 2030 goals reflect our commitment to this belief. Moreover, Akamai realises that being environmentally conscious is not only the right thing to do, it also makes good business sense. These five steps are designed to minimise our carbon footprint while maximising the benefits to Akamai.”

This announcement is the second phase of Akamai’s sustainability programme. In 2015, the company set goals to reduce its emissions by 30%, power its edge platform with 50% renewable energy and recycle 100% of e-waste all by the end of 2020. Each of those goals was met within the established five-year period. In those five years, the available capacity of Akamai’s intelligent edge platform grew by more than 350%, yet it used ten times less energy per unit of capacity than it did in 2015.