Arri has added to its range of camera stabiliser systems with the new SRH-360 stabilised remote head. 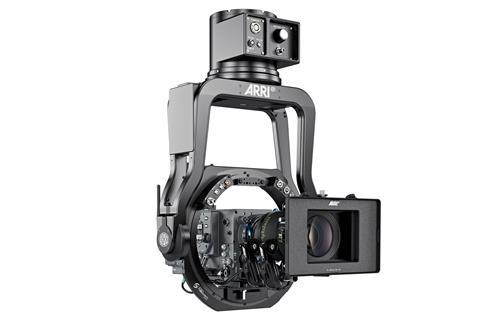 Arri: The new SRH-360 with an Alexa-LF camera and 75mm Signature Prime lens

Like its predecessor the SRH-3, the SRH-360 is a three-axis, entirely stabilised remote head that can take full-sized cameras weighing up to 30kg.

The major improvement with the SRH-360 is to the pan axis functionality. A new slip ring permits unlimited rotation of the head on its pan axis, something that has been requested by many customers. The torque of the pan motor has also been increased by 50%, allowing it to compensate for powerful centrifugal forces when shooting high-speed camera moves. This makes the SRH-360 more flexible for dynamic environments such as action, stunts, vehicle work, sports and live music performances.

“Unleashing the pan axis by adding a slip ring and a more powerful pan motor gives the cinematographer and camera operator the freedom to create moves and frames that they could not get before,” said Curt Schaller, Arri product manager camera stabiliser systems.

Even with their enhanced pan capabilities, the SRH-360 and upgraded SRH-3 remain compact, robust and lightweight heads. They are capable of handling payloads in excess of three times their own weight, which Arri claims “represents the best weight-to-payload ratio available on the market. They also deliver amazingly stable images, no matter how uneven the terrain or how fast the camera is moving.”

LBUS-based control of the head, camera and lens make the heads easy to use and suitable for both cine and broadcast applications. Both heads are modular and are compatible with Arri accessories such as the DRW-1 and DEH-1 digital controllers; Master Grips; OCU-1 operator control unit; cforce motors; all SAM (Stabiliser Adapter Mount) plates; and dedicated RMB, UMA and ARS brackets. They can also be used with Canon and Fujinon broadcast lenses through Arri’s LCUBE CUB 2 serial converter.

The SRH-360 will begin shipping during Q2 2020 and comes in different sets, with various joystick configurations. In future, neither the SRH-3 nor SRH-360 will contain radio modules, but can instead be used with the new external radio modules ERM-2400 (2.4GHz) and ERM-900 (900MHz) in order to avoid problems with regional radio regulations.

The ERM-2400 LCS set, which offers extended wireless control has a 1km range, with both Arri and cmotion hand units, for long-distance wireless camera and lens control.

Developed by FoMa Systems, the radio modules will come as a paired set of two with various adapter cables, and can extend an LCS, LBUS, or EXT cable connection, but wirelessly. The modules can be used as either transmitters or receivers.

This will be useful where a stable radio connection is required over a long distance, such as action shots involving vehicles. Previously these kinds of scenarios could sometimes prove challenging for wireless hand units on their own, but with a set of ERM-2400 LCS radios, much more ambitious shots should be possible.