BBG Sports has recently introduced a new Comet suite of tools for tennis, and turned to its long-term technology provider, Bluefish444, to ensure everything worked. 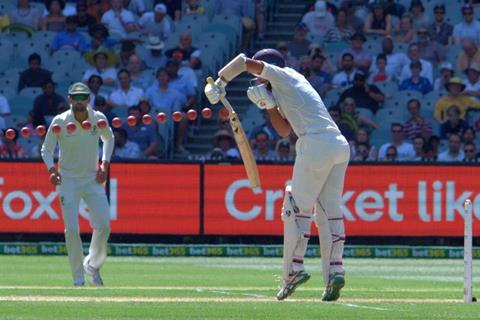 Melbourne-based BBG Sports has been providing broadcast add-ons for tennis and cricket TV coverage since 1991, such as its Hot Spot, which uses infrared to see if the ball hit the bat or the batsman’s pads. It recently introduced a new Comet suite of tools for tennis, and turned to its long-term technology provider, Bluefish444, to ensure everything worked.

BBG has been using Bluefish444 hardware since 2009, with all but a couple of its tools now exclusively using Bluefish Epoch cards. After a feature request from BBG, Bluefish added an input field count card property to its SDK, which allows the timers on all cards to be reset simultaneously, to ensure that all feeds are always kept in sync.

This has been particularly important for BBG’s Snickometer (or Snicko) technology for cricket, which uses three separate high-speed Sony 4300 cameras to provide multiple angles for Snicko reviews. All three cameras must record in perfect sync, so that when the third umpire steps back or forward a frame, they can see the exact same point in time on all cameras to make the correct decision. BBG’s current configuration for Snicko in Australia is two Epoch | 4K Supernova S+ and an Epoch | 4K Neutron, for nine inputs (three from each high-speed camera for video), a tenth input with embedded audio, and an output to go to the broadcaster and subsequently the international feed.

“Bluefish’s almost zero latency, zero CPU usage and synchronised recording has been the biggest advantages we’ve seen over other products,” explained Warren Brennan, founder of BBG Sports. “With other cards, we would go out of sync every 25-30 minutes and require a reboot.”

Bluefish recently released its next generation v6 cross-platform SDK, which allows third-party software to integrate with, and control, Bluefish video I/O devices on Windows, Linux and MacOS systems. With the release of v6, developers can also access a new suite of development tools, enjoy performance increases from existing Epoch hardware and develop support for the latest Kronos I/O cards.

The new upgrade allowed BBG to see a noticeable improvement in DMA performance from their Epoch cards, allowing some systems to move from four to three cards for both 1080i and 1080p formats. The v6 release also helped overcome bandwidth issues they previously encountered when they first switched from 1080i to 1080p for Fox Sports in 2018.

BBG will be looking at higher density Bluefish cards for the next season, particularly the Kronos K8, with eight 3G-SDI I/O on a single card. Brennan also cited upcoming requirements for IP-supported workflows in the US, UK and Europe, which Bluefish has covered with the forthcoming Kronos Optikos, capable of multi-stream SMPTE 2110 I/O on a single card. With BBG having already made the switch to the Kronos-compatible v6 SDK, it means that very little extra development will be required from BBG engineers when they adopt K8 or Optikos.