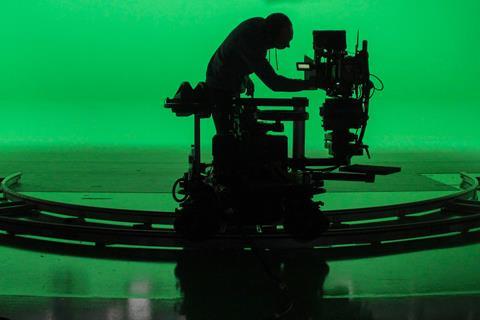 Arri: The partnership will enable the service and delivery of virtual production projects and studios

“This partnership is one of many steps Arri is taking to bring virtual production and real-time solutions to our customers. We believe, especially in these uncertain times, in the value of these systems and how they will allow our customers to continue to make content,” added Arri’s regional business development director, David Levy. “By partnering with OSF, Arri believes that we will be able to provide additional excellence and robustness to the business. These are qualities our customers have come to expect and rely on; they will allow them to continue to bring their stories to life well into the future”

Through its new partnership with On-Set Facilities it hopes that customers of both companies will be able to access “the very best in on-set technology integration and virtual production system development, along with studio design, lighting, infrastructure, redundancy, support, financial, and business planning services”.

On-Set Facilities has also joined the SRT Alliance to employ SRT (Secure Reliable Transport), the free, open source, low-latency video transport protocol to power StormCloud, its virtual production VPN. This will make it easier for production crews and talent to come together on virtual sets located in the cloud. By using SRT, StormCloud can transport low-latency timecoded video from any location into Unreal Engine. Once the video is inside the game engine, virtual cinematographers, VFX artists and virtual production designers can work in unison to shoot the production.

The SRT Alliance, founded by Haivision in April 2017, now has more than 350 members, working together to overcome the challenges of low-latency live streaming by supporting the collaborative development of SRT, which is claimed to be the fastest growing open source streaming project.

Bailey explained: “We chose SRT for a number of reasons; SRT is an open source project and we firmly believe in making virtual production available to everyone. Also security is a key concern for content rights owners and SRT not only provides high quality, low-latency video transport between StormCloud production environments, it’s also very secure.”

StormCloud is powered by Nvidia Quadro technology and runs on Microsoft Azure infrastructure. It is currently being Beta tested by several Hollywood studios and VFX facilities, with entry points set up in London and San Francisco.