Creamsource is showing its powerful SpaceX LED light for the first time in Europe, along with new lighting effects for its Micro Colour fixture.

The lightweight SpaceX is designed as a direct replacement for its traditional lighting counterparts, and features six LED engines totalling 1200W to provide an output equivalent to a 5K tungsten spacelight. An optional optic set almost doubles its output while delivering a wide and even beam. 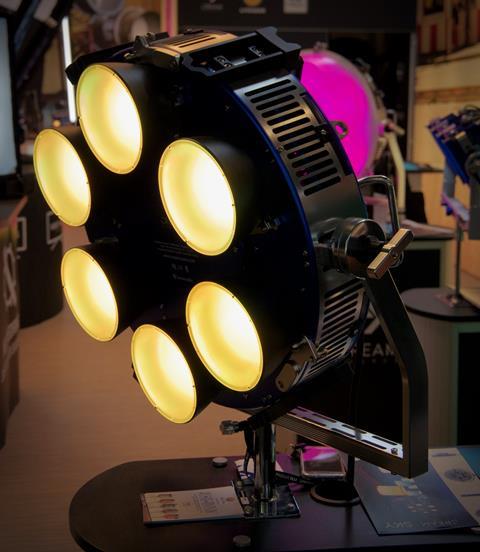 Colour temperature is continuously adjustable from 2,200K to 15,000K, with a full stop of green/magenta control. It has an integrated power supply, quiet active cooling, and a Lumen Radio receiver as standard. Pricing starts at €6,027/$6,500 – meaning it costs €5.02 per Watt (less than half the industry average).

It can also be fitted with optional camera sync support (using Flashbandit). This aims to eliminate any flash-banding in FX type scenarios, especially where fast transitions of the light occur, such as lightning or gunfire.