At IBC2019 Stage Tec demonstrated that Nexus can now also communicate with remote single or multiple base devices based on IP. Bidirectional AES67 streams are set up in which audio and control data are transmitted together. 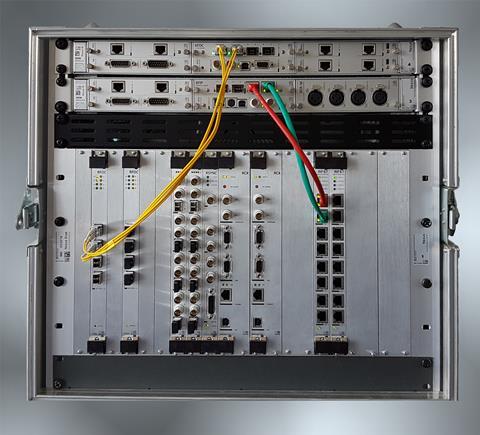 Via IP: Remote production and WAN networking in a non-proprietary world

This feature is implemented via the Nexus XFIP or RIF67 interfaces, both of which are equipped with the DirectOut AES67.IO module. With an XFIP or RIF67 interface, a network with up to eight Nexus base devices is possible. Because of this feature, Nexus networks are independent of proprietary cabling and enable remote production and wide area networking through IP-based connectivity.