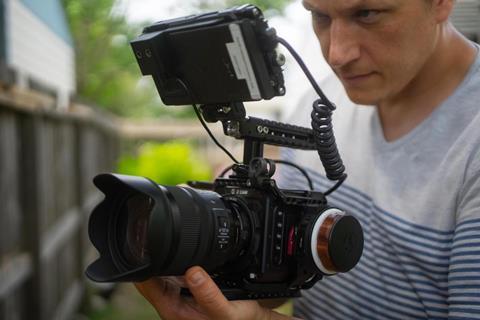 Atomos has also released new camera control functions for all Z Cam models that allow key functions to be set from the Ninja V via the monitor’s touchscreen. The Ninja V connects via USB-C and allows two-way communication for a range of controls such as record start/stop, iris, shutter speed, ISO and eND.

The control feature works whether recording internally in the camera, or externally to the Ninja V. The camera constantly updates the Ninja V with the value of each setting, which is displayed on the monitor. As a result users can now record ProRes Raw from the camera and still be able to control main camera functions at the same time on the Ninja V screen. To use the feature will require an appropriate interface cable - either the existing Atomos Serial to USB cable with a USB-A to USB-C type adapter or a new dedicated Atomos control cable that will be available soon as an optional accessory.

The Ninja V can record 5.8K ProRes Raw at up to 29.97p and up to 4K (UHD) up to 59.94p from all three of the Flagship models. The E2 and new E2-M4 can output raw at up to DCI 4Kp59.94 for recording in ProRes Raw. The E2C can output raw at DCI 4K at up to 29.97p to the Ninja V. The frame rates available for raw over HDMI recording vary depending on the camera model and additional frame rates are promised to be added in the future.

“The addition of ProRes Raw over HDMI recording from the Z Cam E2 to the Ninja V makes shooting raw much more practical. With ProRes Raw enabled, I have no doubt that more and more professional filmmakers will adopt our cameras in a variety of productions,” said Kinson Loo, CEO of Z Cam.

Support for raw recording over HDMI from Atomos is now available or announced for cameras from Panasonic, Fujifilm, Nikon, Sigma and Z Cam. This is in addition to several Sony, Canon and Panasonic cinema cameras that already support ProRes Raw recording via SDI to Atomos monitor-recorders. As a result, Atomos claims that “ProRes Raw is now firmly established for raw video capture, with many more cameras due this year”.

The combination of raw video with the excellent real-time performance of the ProRes codec “gives filmmakers enormous latitude when adjusting the look of their images and extending brightness and shadow detail, making ProRes Raw ideal for HDR workflows,” according to an Atomos statement. Both ProRes Raw, and the higher bandwidth, less compressed ProRes Raw HQ are supported, while manageable file sizes speed up and simplify file transfer, media management and archiving.

ProRes Raw is supported in Final Cut Pro X, Adobe Premiere and Grass Valley Edius, along with a collection of other applications, such as Assimilate Scratch, Colorfront and FilmLight Baselight. Avid has also announced that Media Composer will support ProRes Raw this year.

These options are available immediately in a free AtomOS 10.5 update from Atomos and firmware update 0.96 from Z Cam.