In a tough, competitive media market, choosing the right business model is crucial. Ahead of his appearance at IBC, Pluto TV’s Olivier Jollet tells George Jarrett how global game-changing media businesses should be developing new strategies. 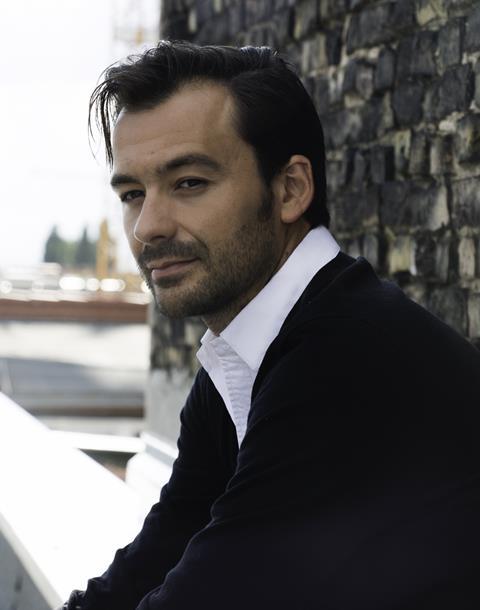 Having 18 million monthly active users is a top-class calling card, and it will be played by Olivier Jollet, MD Europe for Pluto TV, in the key IBC session, ‘Global Business Gamechangers: Where’s the money coming from?’

Speaking alongside Gina Nieri of Mediaset and Dominique Delport of VICE, Jollet will discuss the considerable merits of having Viacom as a mother ship, and the powerful concept of offering a free, streamed TV service of multiple channels to consumers.

A senior digital & media executive and entrepreneur with over 15 years’ experience in the digital industry, since November 2016, Jollet has been responsible for the development of an overarching strategy and the business development of Pluto TV across Europe. The service runs as an app on 14 platforms, including Apple TV, Android TV, Amazon Fire TV, Chromecast, Roku, and PlayStation consoles.

“It has taken off like crazy since the 12 million users we had in April,” says Jollet. “The market has changed so much this past five years, and we have a lot of new platforms coming. This means more choice for users, but we have to reveal where the money comes from.

‘In a time where consumers have so many offerings, none of them will want to have 10 subscriptions!’

“In business it is ‘what is the best way to go?’, and [how to] heed what the users want. We must talk about linear versus on-demand and where are the trends going, and how we solve the paradox of choice,” he adds. “In a time where consumers have so many offerings, none of them will want to have 10 subscriptions!”

Jollet believes content shifters have to offer a new experience, and whilst the money is coming from subscriptions it is time to look at how best to exploit the potential of commercials.

“We have proved that there is a huge potential for tailored advertising, and we see the traction on the advertising side with the advertisers asking for Pluto TV to actually be a part of their media mix,” he says. “That’s probably where we can reach a greater milestone.”

Monetising core assets
“Obviously the broadcasters have all started digital initiatives, and right now what is interesting is that we have three categories of player in the market.

“You have the VOD services and a market mainly dominated by Amazon Prime and Netflix,” he adds. “Then you have the big catch-up platforms like the UK’s iPlayer, ITV Hub, My5 and All 4, and many other similar offerings across the globe. They are all monetising their core assets, which is the big challenge for the catch-ups. And then you have the new players emerging, and Pluto TV belongs there. This group is trying to bring a new viewer experience and a new way of delivering content.”

Jollet does see all the platforms co-habiting and competing with each other but warns that consolidation will occur at some point of commercial stress.

“It will be interesting to see how the market looks in two years’ time because I don’t know what will happen as Disney comes in with a platform, as Comcast comes in with the NBCUniversal streaming platform, and Apple TV Plus arrives,” he says. There are going to be so many new products for the users, but possibly it is the point of time when the market is going to be saturated.”

On target
When it comes to innovating in advertising by using data-derived intelligence, Pluto TV is in a good place.

“That is the beauty of being at the end of the product, in comparison to those traditional broadcasters, whose biggest problem was always targeting,” says Jollet. “The content was always good, but it was always a one-to-many relationship.

“What changed naturally and dramatically is that when it comes to the ad breaks, we talk about digital ad breaks and personalisation for users,” he adds. “It is morally dangerous, but you can target a single person through data building clusters and understanding user behaviours.”

However, what you can do with a digital ad product in the US and some other nations, you cannot do in Europe.

One of the other subjects to be covered by the session will be the impact of the FAANGS, but Facebook, Apple, Amazon, Netflix and Google should all judged by their peculiar differences.

“The FAANGS are very powerful in the market but they all bring something different to the user. We are not competing directly with those brands, and we do work with some of them on a very clear basis,” says Jollet. “Facebook for example wants to go with more original stories, but it is more like a platform for snack entertainment. Apple is going to be great, coming in with new content. Netflix brought a wonderful value into the serious market, and it both changed the industry and created new opportunities.”

Jollet has neat differentiating identities for Amazon and Google as well, but how Pluto TV sits is the key.

“We do something unique. We are doing a free product for users, a lean back product,” he says.

Elimination round
One of the big content factors is unscripted, or reality TV, which has been around for a decade.

“We are a big part of Viacom, and it is presenting a lot of unscripted content. We are leveraging the relationship with the mother ship and we launched a couple of new channels in the US and German markets reflecting that exact trend,” says Jollet.

“It is interesting how we work with that, in that it is a kind of philosophy or trend which says OK, people only want to watch unscripted content live,” he adds. “But because it is more to do with wanting to know who is going to be kicked out of the show, there is a huge potential with all the library content that has been produced over the last decade. We bring in pop-up channels, and we bring a lot of old shows back to the users.

“We just bought a lot of new music video channels so we can bring music back to MTV, and more recently we worked with My5, creating My5 channels on Pluto TV,” he adds. “We took a lot of British catch-up content, available on demand on My5 and created a 24/7 channel with that. We have launched My5 Crime, My5 documentaries and also a pop show.”

The reverse direction also worked for Pluto TV, launching on-demand channels on My5.

“Consumers can watch some of our flagship content on My5,” says Jollet. “We are working hard on the synergies of how we leverage more content now we belong to Viacom. It has such a tremendous library which fits perfectly to our audience.”

Asked what he expects to take away from IBC the show, Jollet says: “It is always interesting to see where the trends are going, where the technology industry is moving, and how those new technologies can improve the working experience.

“And when I am talking technology it is streaming, content delivery, content ingestion, and transcoding. Then there we have the prospect of 5G, which opens wide doors for streaming platforms. It offers streaming in full HD to smartphones, which is very complicated as of now,” he adds. “It is always good to be at IBC for getting some inspiration which can support or help our future operation. And from that aspect, our session will be really inspirational.”

Olivier Jollet will be speaking at Global Business Gamechangers: Where’s the money coming from? session in The Forum on Friday 13 September.