Is content still King for the Gen Z audience?

With SVOD set to be the biggest media story of 2019, Brave Bison CEO and IBC Content Steering Group chair Claire Hungate asks if linear broadcasters have overlooked innovation and ignored their audiences.

The highly leveraged titans of media, such as Comcast, Disney, AT&T, Netflix and the not-so-highly-leveraged Amazon will battle it out to be the winner of the eyeballs. 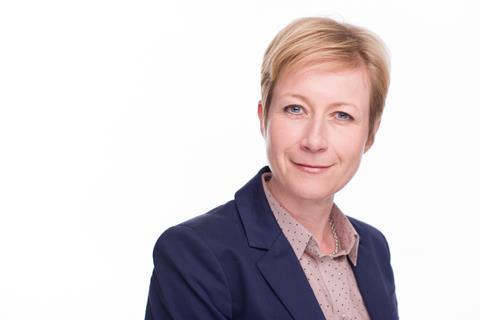 As media-focussed creative, distribution, production, facilities and delivery businesses, how do we respond to the challenges and opportunities of technology and the audience that has driven?

Shares in ITV fell by nearly 6% recently after Bank of America Merrill Lynch (BOAML) published its analysis concluding that the market is underestimating the decline of traditional TV viewing and the disruptive impact of services such as Netflix, Amazon and YouTube.

“We think the market underappreciates the pace of the decline in TV consumption and concurrent rise of online video…the UK is the European TV market most ripe for disruption and where we expect the share of TV to fall first.”

The ‘’edge’ of TV viewing is ‘eroding quickly’ especially amongst digital natives, Millennials and Gen Z.

“For a TV producer, intermediated by a broadcaster, acknowledgement of the audience always seemed secondary; you were trying to please a commissioner, not an audience.”

By 2020 these digital natives will account for 50% of the labour force according to BOAML, making them potential purchasers of subscriptions for content services and targets for advertisers.

As a content production and broadcast industry we’ve failed to respond in a timely manner to changing viewing habits.

A generation of people born with smart phones in their hands won’t be told when, how and where they can consume content; they’ve broken the rules we laid down and they aren’t about to begin to fall in line. But certainly outside the US, broadcast seems very stuck in a linear rut.

But it’s not just how we consume content. A natural consequence of our changing viewing habits is a change in who is producing content; how it’s made, how it is being distributed and who is paying for it and the commercial model underlying its production and distribution.

A huge frustration for me, when I worked in TV production, was the industry’s refusal to shift from it’s very fixed model of producing content, which involved sitting in an edit suite in Soho for five weeks to edit and grade a 25-minute TV show, which is just unnecessary and the price point is unsustainable.

Technology has failed to reduce the cost of production of content in TV; in fact digital cameras have just encouraged untrained camera operatives to shoot more content than they need, which inevitably increases storage costs and time spent in the edit. It’s not like that in a digital first production business; we can produce content without a high cost work flow and we edit remotely or at desks in open plan offices - headphones are wonderful things.

When I left my role running Warner Bros’ UK TV production business midway through 2017 and jumped to the shifting sands of digital, it was amid a whirlwind of change… well change of sorts.

The funding of content was changing; the gargantuan media agencies like WPP were funding TV shows via Group M as part of multi-million pound media inventory deals and other agencies were following. 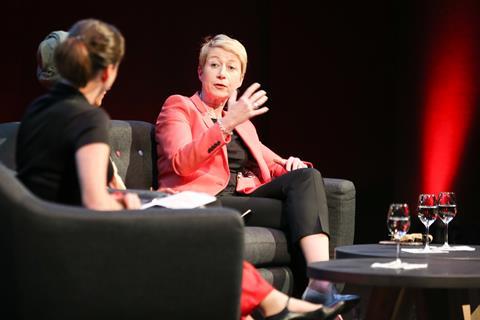 Dentsu’s The Storylab wanted to own and distribute TV content and other agencies just wanted to come to the party. They all had slightly different reasons for doing so: buying power across inventory, future proofing their business, understanding that real creativity can cross borders and segmentation, reaching and owning new audiences and wanting to be an owner of IP.

The pipes were changing too. We’d had 360-degree commissioning; multi-platform commissioning, multimedia commissioning and were moving in to a world of SVOD, AVOD and OTT and a digital space dominated by Google, Facebook, Amazon and Apple.

But the nature of the TV production ecosystem still meant that producers and broadcasters weren’t as agnostic about the pipes as they should be - but the audience were. TV production and TV networks were falling behind the curve of audience innovation - the innovation that technology has enabled.

That is what really struck me about entering a digital first world, it was all about the audience. That direct relationship with millions (billions, in Brave Bison’s case) of people meant that everything we create is audience-first.

But for a TV producer, intermediated by a broadcaster, that understanding and acknowledgement of the audience always seemed secondary - you were trying to please a commissioner - not necessarily an audience, least of all a consumer… Consumers, particularly Millennials and Gen Z, can sniff out authenticity and they have lots of choice.

Is that why linear TV (particularly in the UK) has fallen so far behind on demand viewing? Did we forget the audience? Did we fail to notice that technological innovation was pushing people to view content differently, and did we fail to react sufficiently quickly? And so instead, YouTube creators began to dominate the viewing habits of the new generations.

So in a world dominated by Gen Z and Millenials is content still King, or is distribution?

The Gen Z and Millennial consumer has high expectations from the performance of their technology and its connectedness to their lives in the most organic way possible. It is a generation characterised by its close relationship with technology. From a young age they were introduced to technology through their parents, toys and schools, resulting in near constant exposure to the digital world.

Smartphones and streaming are the decisive differences between other generations; the smartphone has opened up new ways to engage with content and created a video first digital world. Added to that, the ability to watch on demand and streaming content on a TV is readily available; smart TV’s, set top boxes, media streaming devices, games consoles: these all push to streaming to a TV.

To achieve that, we’ll need to create more content, more economically, more flexibly with fewer rights restrictions and make it available on accessible, intelligent, highly connected, engaging platforms. The content matters but as important is access to the content; how and where it is received and how easily.

The challenge for the industry becomes how we collaborate to achieve that.